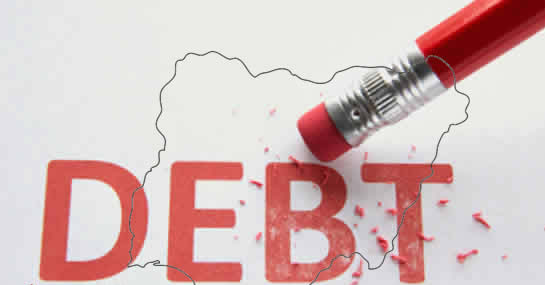 The incessant alarm being raised by the International Monetary Fund (IMF) seems not to be in vein as Nigeria’s rising public debt is seen to be a headwind to achieving the estimated growth rate in the fourth quarter of 2019.

Nigeria’s total public debt stood at N25.70 trillion as at June 30, 2019 according the data from the Debt Management Office (DMO).

A breakdown of the DMO’s numbers show that the total external debt stands at $27.16 billion, while domestic debt climbs to $56.72 billion.

The Central Bank of Nigeria (CBN) Staff projections indicate that real GDP in Q4 2019 is expected to grow by 2.38 percent, driven by the non-oil sector.

Godwin Emefiele, governor of the CBN, said the headwinds to this projection, include: continued high level of unemployment, mild resurgence of anticipated inflationary pressures towards the December festive season, rising public debt, high level of insecurity, and slow pace of oil price recovery.

However, in his optimism, Emefiele said: “Despite these headwinds, growth is expected to pick on the back of recent actions to boost credit to the private sector through the recent Loan-to-Deposit Ratio (LDR) and Global Standing Instruction (GSI) initiatives, sustained interventions by the Bank in selected employment and growth-enhancing sectors, as well as fiscal policy measures to support growth”.

President Muhammadu Buhari on Thursday resent to the Senate for approval a proposal to borrow $29.96 billion offshore to fund some critical projects – but still did not present a detailed draft plan for that loan request – a major reason the Bukola Saraki-led 8th National Assembly refused to approve it.

In its latest report on Regional Economic Outlook (REO) for Sub-Saharan Africa, themed “navigating uncertainty”, IMF said the region’s public debt as a ratio to GDP has stabilised at about 55 percent on average across countries.

Oil exporters’ debt ratios have fallen by about 10 percentage points of GDP since 2016. Adjustment in this group of countries occurred through expenditure compression. The reduction in the noncommodity primary fiscal deficit of nearly 14 percentage points of GDP during 2013–18 was achieved largely by cutting public investment and, to a lesser degree, current primary expenditure, while noncommodity revenue fell slightly.

Other resource intensive countries also made some progress on fiscal consolidation, mainly by reducing recurrent spending. In non-resource-intensive countries, the primary fiscal deficit increased as revenue fell as a ratio to GDP, contributing to higher debt ratios.

The remaining 19 low-income and developing countries have low to moderate debt vulnerabilities. For middle and upper-income countries, public debt remains sustainable under the baseline in most cases, IMF said in the report.

In reviewing Nigeria’s debt, FSDH Research observes in its July 15, 2019 note to BDSUNDAY that the level of debt has been on the increase over the years.

For a country with a Gross Domestic Product (GDP) of over N130 trillion, that debt level is not too much, the analysts at FSDH said.

The debt-to-GDP ratio is 19.03 percent, which is below both the 25 percent benchmark set by the FGN and the 56 percent international threshold set for countries in Nigeria’s economic peer group. Therefore, Nigeria is actually underborrowing at the current level. It has the capacity to borrow an additional N7trillion, given the 25 percent benchmark.

The main problem, however, is the country’s ability to service the debt without causing untold hardship on the country. In measuring the ability of Nigeria to service her debt obligations, the firm looks at the ratio of domestic debt service-to-FGN Federation Account Allocation Committee (FAAC) allocation. This is where the problem lies for Nigeria. Low revenue generation makes it very difficult for the FGN to meet its debt obligations without sacrificing other important responsibilities.

“As outlined in our previous reports, FSDH Research notes that the current high debt service to revenue structure in Nigeria is unsustainably high and the high gure is due to the low revenue of the country. Although the strategies of the DMO in debt management and the Central Bank of Nigeria (CBN) in monetary policy administration have reduced the interest burden of the government, Nigeria needs to accelerate revenue generation to enable it to meet all her debt obligations without stress,” the analysts said.

FSDH Research recommends that the DMO considers the issuance of discount bonds (zero coupon bonds) to manage the interest expenses of the FGN in the short-term. The low interest rate environment, both in Nigeria and in the international market, provides a good opportunity for the government to lower its interest expenses. There is also high appetite at the moment for quality fixed income securities. However, “we cannot over-stress the importance for loans to be tied to specific projects which will increase the competitiveness of the Nigerian economy to attract investment, create job opportunities and generate diversified revenue for the country.”

Checking the menace of ‘Okada’, ‘Keke’ riders and Danfo drivers on Lagos’ roads

Magu’s lawyers confident he will return as EFCC chairman