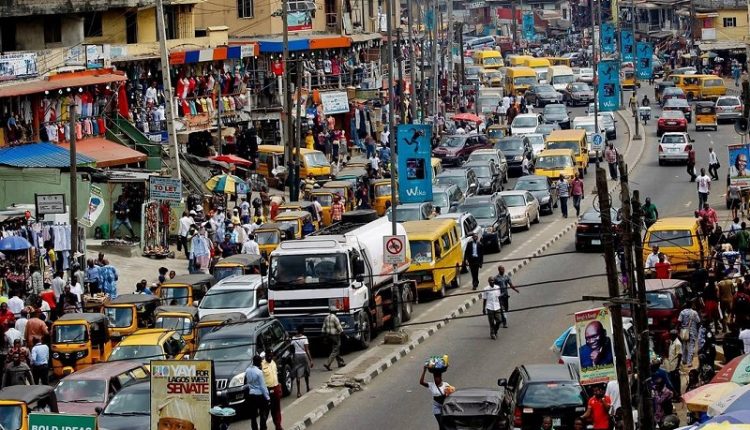 Nigerians are more concerned about the country’s poverty rate and the poor state of the economy than they are about the deadly coronavirus, according to the result of a new survey by Novare Equity Partners.

While 44 percent of Nigerians sampled in the survey Novare commissioned CIT Group, a financial holding company, to conduct said coronavirus outbreak was accelerating rapidly in Nigeria, 47 percent said poverty was the most important issue currently facing the country.

“Although the Nigerian Government is perceived well for its response to Covid-19, data indicates that Nigerians are worried about the economy and poverty,” Derrick Roper, Managing Director, Novare Equity Partners said.

Titled ‘Focus on Nigeria- Perceptions on Economy and International Investment’, the report released Tuesday from the survey fielded between 3rd and 7th July 2020 revealed that the economy and COVID-19 were the second and third most disturbing issues Nigerians believe are currently being faced with.

“We are not surprised by the result of the survey report. Nigeria is faced with enormous employment challenge,” Andrew S. Nevin, Partner and Chief Economist at PwC said adding that millions of informal workers lost their jobs and their livelihood during the lockdown period.

According to Nevin, it is, therefore, reasonable that Nigerians will be more concerned about having back their livelihood.

“Even though the federal, and state governments, churches and NGOs tried, it is still a difficult situation for people that are not working,” he said.

Economic pain became more acute for Nigerian households due to the measures targeted at flattening the coronavirus curve in Africa’s largest economy. Nigeria’s economy is projected to post as much as 5 percent contraction in 2020 due to the impact of COVID-19 which has disrupted a lot of businesses and industries.

Meanwhile, 87 percent of the respondent from the survey conducted by the New-York based institution said Coronavirus has weakened Nigeria’s economy.

More than two months after the Government began to re-open the Nigerian economy on May 4, 2020, following the 5-week lockdown in FCT, Lagos and Ogun state, analysts say businesses are yet to recover from the shock.

Analysis of the survey result by Novare revealed that 42 percent of respondents believe Nigeria’s economy is doing very poorly at the moment. This is against the 1 percent that said the economy was doing very well.

On the survey methodology, Novare said a nationally representative survey of n=1,000 respondents was conducted in Africa’s most populous nation with 18+-year-old members of the general public. “A sample size of n=1,000 yields a maximum margin of error of +/- 3.2% at a 95% confidence interval,” it assured.

National security & defence, terrorism and Job were the other most pressing issues highlighted by Nigerians as 30 percent pointed at the security while 26percent each cited the latter.

“As a result of economic uncertainty relating to the coronavirus pandemic, nearly 3 in 4 Nigerian’s are spending less than they usually would,” Roper said.

I am spending less to protect my finances in uncertain economic times, 73 percent of the respondents form the survey poll said.

“With the economic consequences of coronavirus still being felt, Nigerians are prioritizing their spending on essentials like food and utilities and shunning ‘luxuries’ like clothing and takeaway food, the report said.

“With many staying indoors during the lockdown, only spending entertainment subscription services has been relatively unaffected. Every other aspect of the recreation sector has seen a dramatic reduction in spending,” the report said.

Further analysis of the report revealed that 2 percent of the respondents said they increased their spending on entertainment subscription services (e.g. Netflix, Hulu, Disney+ as 33 percent said they have reduced their expenditure on live entertainment (e.g. theatre, cinema, music).

On the key areas of the government’s Nigeria Economic Sustainability Plan (NESP) Nigerians perceive to be most important to grow the country’s economy which is expected to see worst growth in decades, respondents pointed at mass Agricultural Programme (64 percent), investment in Healthcare Infrastructure (4 percent), and technology Business support for MSMEs (38 percent).

While on the sectors of Nigeria’s economy that respondents believe require the most investments, the survey revealed that protecting and creating jobs was top on the list with 28 percent votes and education, manufacturing and renewable energy followed with 20 percent and 12percent respectively.

Gold keeps its shine as oil surges above $46 a barrel