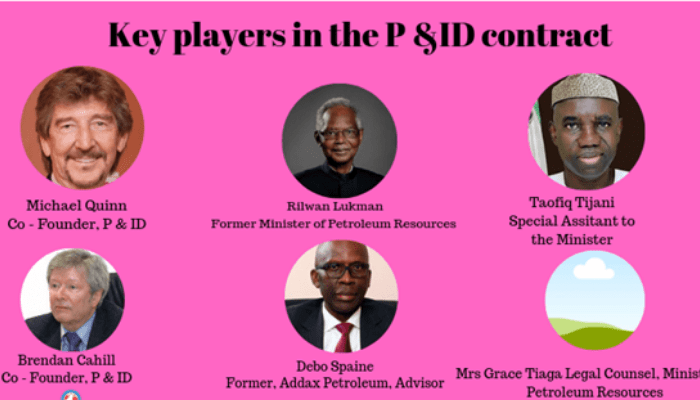 Riddles beclouding the 2010 ill-fated Gas Supply and Processing Agreement (GSPA), which led to the award of a $9.6billion judgment against Nigeria, is beginning to unravel after a UK court established that there are indications and evidence of bribery in the gas contract between Ireland’s Process and Industrial Developments (P&ID) and the Nigerian government.

A ruling from Ross Cranston at the Commercial Court was critical of P&ID’s conduct in its efforts to secure GSPA for a Cross River State gas plant.

“In my view there is a strong prima facie case that the GSPA was procured by bribery,” Cranston said. Payments to “public officials from individuals holding or seeking to obtain a contract are assumed to be bribes” under UK and Nigerian legislations.

The judge’s ruling highlighted payments to two officials, Grace Taiga, a former director, Legal Services in the Ministry of Petroleum Resources for medical expenses, and Taofiq Tijani, who led the Federal Government technical committee that reviewed the P&ID contract.

Justice Cranston noted that Brendan Cahill, P&ID’s co-principal, made some payment to Grace Taiga for medical expenses she did not earlier mention after her retirement in 2015.

“In their second statements both Ms Taiga and Mr Cahill accept that payments were made to her by P&ID, but their account is that they were intended for Ms Taiga’s medical expenses. There is no supporting evidence for this, such as contemporaneous communications between P&ID and Ms Taiga referring to her medical needs,” Justice Cranston said in his ruling.

Read also: Why financial literacy needs to be expanded in Nigeria

According to the ruling, “earlier this year, following the applications in New York under 28 USC 1782(a), the payments to Ms Taiga’s daughter of $4,969.50 and 5,000 on 30 December 2009 and 31 January 2012 respectively, were identified. The first payment is especially significant, since it was 11 days before the GSPA was signed.”

The Court went on to say that Tijani, who led the ministry’s technical committee on the P&ID bid, “overlooked deficiencies” in the offer. Tijani attributed this to direction given to him by the then minister under late President Musa Yar’Adua, Rilwanu Lukman, who was a two-time Organisation of Petroleum Exporting Countries (OPEC) secretary-general.

There was a suggestion that Lukman may also have received payments connected to the offering. The minister died in July 2014 but his daughter protested his innocence.

According to Ramatu Lukman, her father accepted the ministerial job despite his ill-health, and as a two-time OPEC secretary-general, “he did not need to line his pockets.”

“We, thus, state in the strongest terms that the claims made against our father by you are false, disreputable, speculative, and an example of unprofessional and destructive conduct aimed at damaging the memory and public reputation of a diligent public servant. with an unblemished international reputation as a two termed OPEC Secretary-General who spent some of his final years whilst battling cancer, serving the Nigerian people as the Minister of Petroleum Resources,” she said in a letter demanding an apology from the attorney-general, Abubakar Malami.

Justice Cranston said it was not his place to determine whether fraud had taken place. However, it was necessary to take something of a view on this, and when Nigeria had become concerned about this.

“To enforce an award in such circumstances would implicate it in the fraudulent scheme,” he wrote.

The country will now proceed to a full hearing of fraud challenge in the coming months.

Investigations into the GSPA are ongoing, and we are firmly committed to overturning the award, no matter how long it takes, to ensure that this money goes towards Nigeria’s future, not into the pockets of millionaires trying to exploit our country.

Nigeria has been given room to re-appeal so it has to put forwards its own argument and court processes. Usually, in arbitration, the verdict should be final unless there are issues such as fraud or bribery when those exist, a re-appeal can occur.

This whole thing was fraud from the beginning, so the promoters who approved the P&ID and took the bribes should go to jail.

In 2010, P&ID entered into a 20-year agreement to build a gas processing facility that would refine wet gas generated from oil drilling into lean gas that could be used for electricity generation. P&ID would refine the gas and give it to the Nigerian government for free and would make its profit from selling the by-products (Natural Gas Liquids) on the international market. In return, the Nigerian government would guarantee the supply of wet gas and construct pipelines and other infrastructure to transport the gas to the processing facility.

The contract detailed arbitration as the means for settling disputes with the seat of arbitration determined to be London, United Kingdom.

Despite the Nigerian government contesting for the proceedings to take place within the country, a three-man tribunal (one representative appointed by each party and an independent member) was set up to assess the case in London.