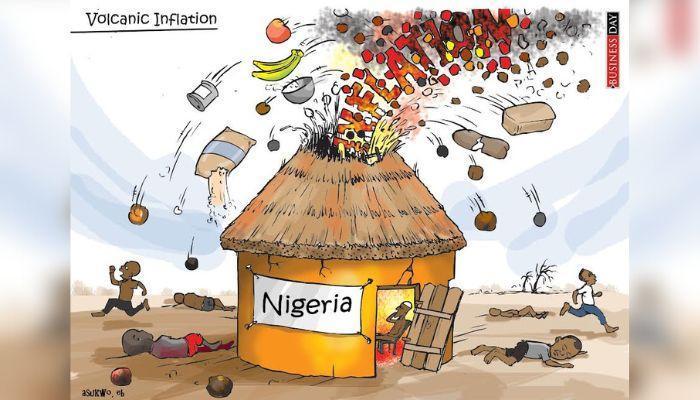 Headline inflation in Africa’s most populous nation declined marginally for the first time in 11 months in December, eluding market reality as food prices continued on an upward trajectory during the period.

Inflation hit 21.34 percent in December as against 21.47 percent recorded in November, indicating a 0. 13 percent decline, according to data from the most recent CPI report.

“I wonder which markets they visited to come up with these statistics,” a nursing mother who simply gave her name as Ruth said while expressing dissatisfaction with the released numbers by the National Bureau of Statistics.

Abiola Cole, a Lagos-based analyst who also spoke with BusinessDay on the released inflation figure said, “Everything I bought in December was more expensive than in November. These statistics are made up on paper, not in the market.”

Also, some Nigerians took to various social media platforms to express their indignation, saying the figure is “insignificant” and “a mockery on Nigerians.”

“Is this a joke or a ploy for Buhari to say he reduced inflation before he leaves office?” said Maryam Abati, a 45-year-old teacher, and mother of four who felt frustrated by the price surge in December.

She had visited several markets in December, in search of cheaper food items for Christmas, despite the fuel scarcity that made movement difficult.

Also, BusinessDay had in December analysed food prices in 10 different markets in Lagos. The findings showed that a 50kg bag of local parboiled rice, a key staple in the Nigerian diet, was sold for an average of N34,500, up from an average of N27,000 a month ago, indicating a 28 percent increase in price.

That is just one out of many other items that recorded significant increases in recent times.

Food inflation, which constitutes 50 percent of the inflation rate, also slowed to 23.75 percent in December from 24.13 percent the month before.

To an average Nigerian, it would appear as though the numbers are not a true reflection of the market reality as the surging food prices and cost of services across the country did not ease.

“I am not an Economist. But I think when inflation drops, the prices of commodities also drop, or doesn’t it work like that?” Kolapo, a public servant in Ikeja said.

BusinessDay had earlier reported how the cost of living crisis dampened the Christmas spirit across the country last year.

Typically, the inflation rate upticks during December, even when the rates are declining all through the year. This, at least, has been the experience in Nigeria over the last decade. “In practice, this was the case in December 2022, but alas, the data has something else to say,” Kolapo added.

Fuel scarcity leads to astronomical rises in transportation fares, especially inter-state movement, which is usually at its peak during this period, considering that people travel home to see their loved ones and family members. Last year was not an exception.

Also, demand for food items, amongst other things, is known to increase in December, and food largely impacts inflation.