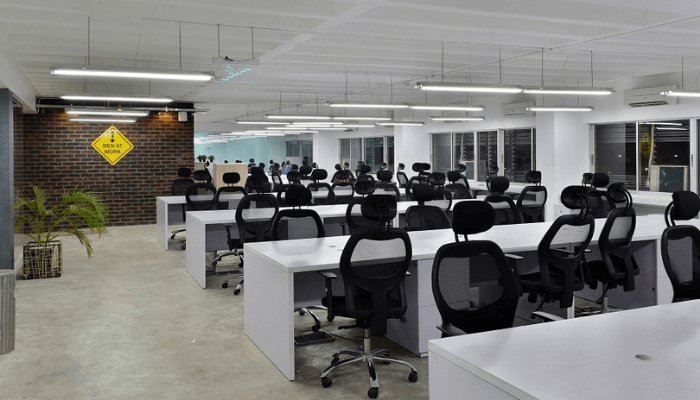 Amid global staff layoff which has continued to hit tech startups due to economic shutdown, the players in Africa’s largest economy are seen taking cover to avoid this phenomenon.

According to data from layoffs.fyi, a global tech startup layoff tracking platform, over 52,000 staff have been laid-off from January to July, including organisations in some African countries at the receiving end, resulting in the shutdown of a few of the firms.

However, BusinessDay spoke to Nigerian tech startup experts who shared measures some tech startup firms are adopting to ensure the massive layoff doesn’t hit their firms.

“Usually, we operate in a salary structure where an employee is paid based on the time they deliver in the company. However, since we have started to make a lot of changes in the area of commission, we make it now that instead of paying based on salary, we now pay in relation to the work the staff is producing or any job he is doing. We now pay in commission for that job and no longer wait till the end of the month to give them a salary,” Opurum said.

Opurum disclosed that the new structure has helped tech start-ups to identify people that will embark and work on a particular job or contract and each of the staff who participated in the job is paid their commission.

“One of the key factors that always result in staff lay-off is when organisations can’t meet up to the payment of the staff anymore; they start to lay-off some so that they can pay the rest,” Opurum said. “When we made it a structure that is based on commission, if you are not working on a particular project, you don’t expect anything from that job.”

Similarly, the tech MD added that it has not been easy for organisations to put all these together but has been a way of controlling the rising issue of tech start-up layoffs from hitting the country.

“This method allows any staff to work with multiple companies and not just as employees of a particular company,” he said.

For Joy Ajike, brand strategist at Cashbox, the work-from-home culture (remote work) which was popularly adopted during the covid-19 pandemic remains one of the steps through which most Nigerian tech startup firms are tackling the issue of employee layoff.

According to her, one of the major causes of staff lay-off is lack of adequate funding, and working remotely has reduced daily expenses, adding that the saved funds can instead be used to increase salary with extra to invest, instead of laying-off workers.

“I think one thing that has helped most of the top Fintech companies like Piggyvest, Cashbox, Cowrywise, and others is that they work from home and all those money spent on the day-to-day running of the business like admin, paper, printers, internet which consumes a lot of money when you work from the office is enough actually to sustain about 10 to 15 staffs.

“When you don’t have to spend more, you have the opportunity to keep your staff and still provide them with enough benefits which they need and that’s one thing we do at Cashbox,” Ajike said.

Similarly, Ajike noted that the only way the global layoff can affect Nigeria is when foreign investors, a source of funds for some Fintech companies, no longer invest because of political instability in the country.

“With the way our political instability is going, foreign companies may actually become scared of actually investing. If anything is going to affect Nigeria, it will be that because when they fund and you exchange their dollars to Naira, it can do a lot for your company and to maintain your staff,” she said.

Babatunde Obrima, chief operating officer, Fintech Nigeria Association stated that in Nigeria, there are skills challenges within the fintech space because of insufficient experts in the area and downsizing might not take place anytime soon.

He said, “Also there is a tendency for adjustment based on inflation, so firms increase their service charges to cover up and until it becomes unbearable, then is when you start seeing downsizing. But as long as organisations can adjust and still manage to cover their cost and make a margin, they will still try and manage till they get to a breaking point.”

Meanwhile, Taiwo Adeleke, chief executive officer of Vesseltrust limited and 81 Wolves investment explained that expansion of most Nigerian tech start-ups would also help in generating more revenue to retain staff and create more employment opportunities instead of laying off.

“If companies can raise funds and expand operations across Africa, there will be enough income to sustain and retain their staff. It will also give them an opportunity to employ more instead of laying off,” Adeleke said.

Number of Nigerian nurses in UK up 25% in six months