Nigeria in the last decade 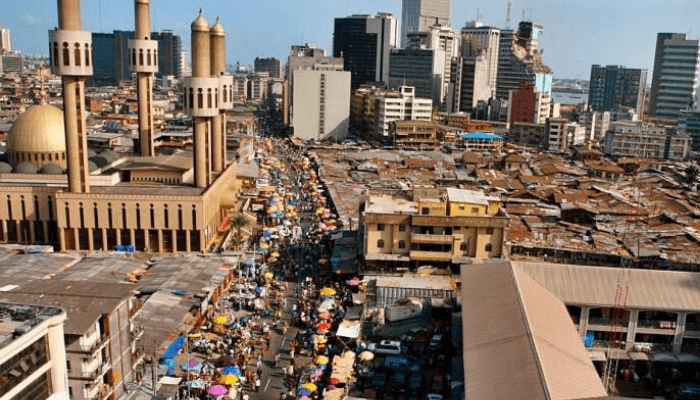 It is fascinating to know that every single daily economic activity that occurs in the past decade triggered a range of responses from those who were directly or indirectly affected, although, the difference is the context at which they measure the performance of the economic indicators.

READ ALSO: Themes that will shape the Nigerian Economy in the next decade

The year 2020 is the beginning of a new decade. Government, economic enthusiasts, analysts, business owners and investors tend to measure the economic performance of the nation using some indicators to predict the direction of economic activities for the next decade.

A deep look at the past decade shows that the Nigerian economic growth since 2015 remains unimpressive. The Gross Domestic Product (GDP), a loose name given to the money measure of the over-all annual flow of goods and services in an economy, has been trending downward since the past decade. This hit an all-time low in 2016 and the decline can be attributed to the economic contraction witnessed between 2014 and 2016.

Following the fall in oil prices and combined negative production shocks, the GDP growth rate dropped to 2.7 per cent in 2015. In 2016, the country witnessed its first recession after 25 years, as Nigeria was plunged into an economic trough, that is, a state in which the minimum level of economic activities – consumption, production, investment and employment were at their lowest level, and thus, the economy contracted by 1.6 per cent.

In 2017, the economy picked up, but at a decreasing rate when compared with its level two years earlier. The recovery was driven by improvement in oil prices and production volumes. During the same period, the non-oil sector contributed significantly to the economic growth trajectory due to an improved foreign exchange (FX) liquidity.

And again, the economy grew at a slight pace as growth rate averaged 1.9 per cent in 2018 and remained constant at 2 per cent in the first half of 2019. On the production side, growth in 2019 was primarily driven by services, particularly telecoms.

Analysis done by BusinessDay Research & Intelligence Unit (BRIU) shows that, in terms of growth rate, the country’s growth trajectory has not changed much in the last 10 years. Nigeria remains the biggest economy in Africa and 25th in the world; the country’s GDP was worth N69.79 trillion at the end of 2018, a value which is N1.3 trillion higher than the value recorded in 2017. A decade ago, the real GDP which was valued at N46.01 trillion was up by 51.68 per cent to N69.79 trillion in 2018 making the country Africa’s largest economy by GDP and the 25th in the world.

This feat, however, in real terms did not translate to an improved living standard of the populace because the level of wealth, comfort, material goods, and necessities available to a certain socioeconomic class or a certain geographic area across the country is still not evenly distributed.

On the contrary, the per capita income has been on downward trends since 2010.  If the nation’s GDP were to be distributed amongst the citizenry, each person will get $2,028.18 which is a value higher than Sub Sahara Africa’s countries’ average ($1,585.772).

In spite of Nigeria’s per capita income higher than Sub Saharan Africa’s average, how come 89.6 million Nigerians are still in extreme poverty? Why is the quality of life and living standards deteriorating? These are few questions beckoning for answers.

It is so worrisome to know that Nigeria has overtaken India as the country with the most extreme poor people in the world. India has a population seven times larger than Nigeria’s. The struggle to lift more citizens out of extreme poverty is an indictment on successive Nigerian governments which have mismanaged the country’s vast oil riches through incompetence and corruption.

A pointer from the world poverty clock, an online platform shows that 86.9 million Nigerians are now living in extreme poverty; this represents nearly 50 per cent of its estimated 200 million population.

“As Nigeria faces a major population boom—it will become the world’s third-largest country by 2050—its problem will likely worsen. But having large swathes of people still living in extreme poverty is an Africa-wide problem”, the report highlights. 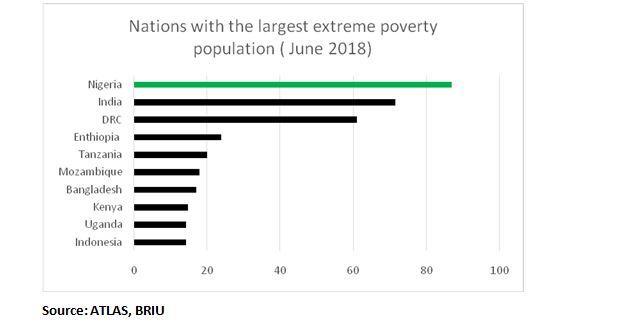 The report also emphasised that, significantly, of those countries in the top ten, only Ethiopia is on track to meet the United Nations’ Sustainable Developmental Goal (SDG) of ending extreme poverty by 2030. Outside the top ten, only Ghana and Mauritania are also on track with the SDG target. Indeed, of the 15 countries across the world where extreme poverty is rising per World Poverty Clock data, 13 are currently in Africa.

Conversely, this means that a total of 20.9 million Nigerians are unemployed as the time this figure was released. Following the recent Lagos State ban on tricycle and motorcycles (okada), this would exert more pressure on the already high unemployment status.

By implication, the unemployment rate among the underemployed might increase which may result in higher crime rate among others.

Arts as a driver for sustainability