Nigeria has nothing to show for years of borrowing – Peter Obi 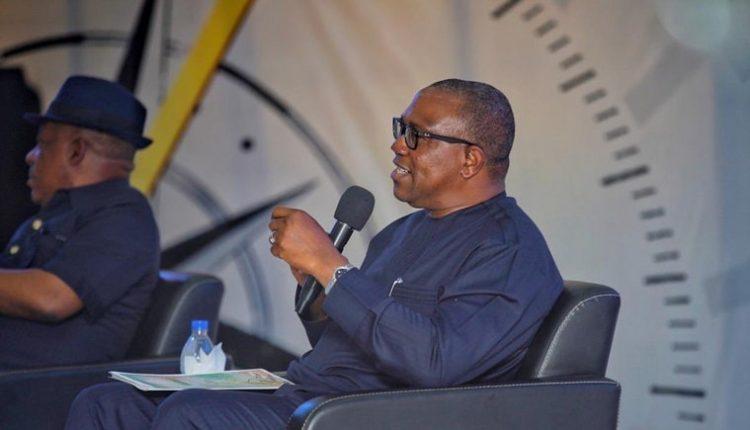 Obi was reacting to the senate’s approval of the $22.7 billion loan request by President Muhammadu Buhari.

You can read the federal government’s proposed spending plan on the loan here.

Speaking when he featured on ARISE TV on Thursday, Obi said all previous borrowings have had no positive impact on Nigeria’s economy.

He said the more the country borrows, the worse the economic projections.

According to him, this is because the government has been borrowing “recklessly for consumption”, with no clear cut business plan on how to spend the fund or invest it to generate money for repayment.

“Everybody knows my stand on borrowing. I am against reckless borrowing and borrowing for consumption. If you must borrow, you must be able to prove the business case of the borrowing convincingly, otherwise, you are mortgaging the future,” Obi said.

“All the funds that have been borrowed for long in the country have not impacted positively on the growth of Nigeria’s economy, meaning that they were reckless and intended for consumption.

“Even using Kenya & Ghana in Africa, for example, both are borrowing like us. But the difference is, in 2010, Ghana’s GDP was 32 billion US Dollars, with per-capita of $1320, in 2019 its GDP had grown to $64.5 bil“In 2010, when we started…all these borrowings, our per capita was 2,300. Today, it is 1,920. So, something is missing. The more we borrow, the worse our economy, which means we are not investing this money.“We have borrowed in Nigeria, call it from 2008 till date, we’ve been able to borrow, where our debt has now increased to almost a $100bn. What can we show for all these debt?“No country borrows a quarter of its GDP without showing tangible investments or projects into which the borrowed funds would be deployed.”

Commenting on the United Nations Conference on Trade and Development’s (UNCTAD) report that Nigeria recorded a 36% decline in foreign direct investment (FDI) in 2018, Obi said investors are “running away” from the country over issues of insecurity and lawlessness.

He described the situation, coupled with the fall in oil prices owing to the coronavirus outbreak, as dire.

He advised the federal government to cut down on expenses, while accusing political leaders of not addressing the situation.

“Our position is very very very serious. That is why they have set up an emergency team to look at the issue,” he said.

“Have you tried to cut down on your expenses. I’ve said it before that the cost of governance in Nigeria is too much.

“What is even worse is that people like me, the political leaders, are not even seeing that we are in crisis and behaving and conducting ourselves as if we are in crisis. We are still moving around with our long robes, long convoys, having all sorts of parties as if things are normal.”

He also advised the government against borrowing in foreign currency which it “has no control over”.