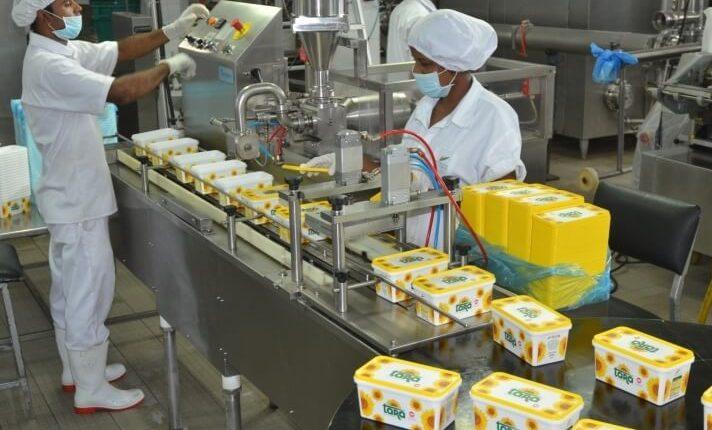 A new report called the African Industrialization Index report created by the African Development Bank (AfDB) revealed that Nigeria, Africa’s biggest economy, failed to dominate or hold the top spot for countries in the continent with the most improvement for industrial growth.

The report which was released on Thursday helps narrow the bank’s understanding of the components of successful industrialization.

“The report is based on a comprehensive set of relevant and comparable data. It provides an overall ranking of African countries, built up from three sub-indices: Performance: How well are African countries generating manufacturing output and exports?” the report stated. The other determinants are “Direct determinants: How well do they direct their endowments (capital and labour) towards industrial development? And the indirect determinants: How well are they creating an enabling environment for industrialization, including macroeconomic stability, sound institutions, and infrastructure?”

Nigeria ranked eighth with 0.6048 points among the 54 countries captured in the report.

A detailed examination of the index, however, revealed a slightly positive improvement in the pace of growth in Nigeria’s industrialization.

Though the report didn’t speak categorically about Nigeria, the AfDB said that overall, many countries had made significant gains in their industrial development over the coverage period of 2010–2021, with 37 of 52 Regional Country Members improving their AII score.

“However, some countries recorded only a marginal improvement, thereby falling in the ranking as the score was not enough to boost it, while others performed satisfactorily,” the AfDB said of countries such as Nigeria that maintained marginal growth over a 10-year period.

“Only 25 countries improved their rank, and 4 remained in the same position as in 2010,” it said of these countries.

However, Nigeria and Senegal maintained the top spots in the West African region. The bank said that they were characterised mainly by the strong performance of their manufacturing sector compared to other countries in the sub-region.

The development bank argued that Nigeria and Senegal’s growth was because their governments had put in place policies to revive industries to service growing domestic markets.

“There is a currency union in eight countries, which is due to extend to the ECOWAS area with the adoption of a single currency in 2027.

“This offers the potential for promoting industrial development through economies of scale and greater firm specialization,” it added, believing that the idea could have aided the industrial growth of the region.

Furthermore, the steady growth that unfortunately failed to enable the country to take the top spot on the African Industrialization Index could be attributed to a series of well-thought-out policies from different administrations to promote investment in the manufacturing sector and assist it in growing.

Former President, Goodluck Jonathan had introduced the Nigeria Industrial Revolution Plan, which targeted N5 trillion in revenue within a 10-year period and helped maintain the growth as the country recorded 0.6207 points in 2014, up from 0.5901 points the previous year.

Jonathan’s industrial policies were followed by President Muhammadu Buhari’s policies, which have succeeded in reviving the domestic production capacity of some manufacturing firms, especially those involved in agro-allied businesses. This is reflected in the country’s growth, which increased from 0.5991 in 2015 to 0.6133 in 2019, only to drop back to 0.6046 in 2021. The fall can be attributed to the negative impact of the COVID-19 virus.

Meanwhile, the bank named South Africa as the best-ranked country for industrial growth. With the manufacturing sector benefiting from a series of good policies that pushed it to the top spot.

Despite the slowdown that occurred during the COVID-19 pandemic of 2020–2021, this performance was reflected positively in its manufacturing sector to GDP ratio. An impact that affected the supply chain of raw materials and finished goods.

The bank advised that African countries get comprehensive and resolute industrial policies, in order to initiate and accelerate transformative industrialization.

“These must be adjusted for specific local contexts and aligned with countries’ development goals,” it said.