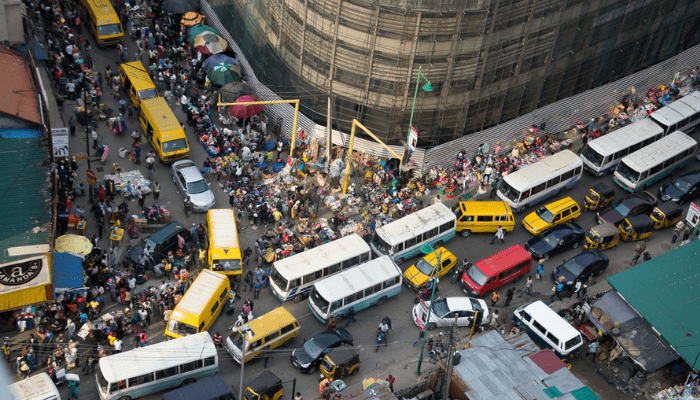 The National Bureau of Statistics (NBS) has said 133 million people in Africa’s biggest economy are poor in health, education and two other dimensions.

The NBS said this in the Multidimensional Poverty Index (MPI) report launched on Thursday. The other dimensions are living standards and work and shocks.

It said of the total 133 million, 86 million affected persons live in the North while nearly 47 million live in the southern part of the country.

“The 62.9 percent of people (133 million) who are multidimensionally poor means that they experience deprivations in more than one dimension, or in at least 26 percent of weighted indicators,” the NBS said.

It said the average deprivation score among poor people, which shows the intensity of poverty, is 40.9 percent. “Nigeria’s national MPI is 0.257, showing poor people experience just over one quarter of all possible deprivations.”

The survey, which was implemented from 2021 to 2022, is one of the largest surveys, with a sample size of over 56,610 households in 109 senatorial districts in the 36 states of Nigeria, said Semiu Adeniran, statistician-general of the federation and CEO of NBS.

“At the height of the COVID-19 pandemic, we commenced plans to conduct the first-ever standalone MPI survey in Nigeria and it is the result of this that is being launched here today,” Adeniran said.
Read also: Senate probes uneven disbursement of N500bn loans by DBN

He said unlike the Global MPI, which uses three dimensions (health, education and living standards), they added a fourth dimension, work and shocks in this survey.

He said: “This fourth dimension as well as other added variables such as food security, water reliability, underemployment, security shocks and school lag, were all added to reflect the current realities and priorities in Nigeria.

“The survey also has a linked child MPI. This extends the Nigeria MPI to include appropriate indicators for children under five, by adding a fifth dimension of child survival and development.”

The MPI is NBS’s newest way of assessing poverty in Africa’s largest economy, which is different from the popular one-dimensional, linear approach, which only uses $1.90 per day.

It complements income-based poverty measures by measuring the non-income-based dimensions of poverty, to provide a more comprehensive assessment of the extent of poverty and deprivation.

“This report, which reveals the level of deprivation Nigerians face, will serve as a tool in addressing them,” President Muhammadu Buhari said.

Buhari, who was represented by Ibrahim Gambari, his chief of staff, said the government recognised the importance of the data and promised to deploy it in the formulation of policies.

He said: “Data of this report will be integrated within the national social register to facilitate better targeting for social intervention, leaving no one behind. It will be used to influence the allocation of resources. We have just sent an executive bill to the National Assembly for a national social once program.

“Poverty levels across states vary significantly, with the incidence of multidimensional poverty ranging from a low of 27 percent in Ondo to a high of 91 percent in Sokoto.

“Over half of the population of Nigeria are multidimensionally poor and cook with dung, wood or charcoal, rather than cleaner energy. High deprivations are also apparent nationally in sanitation, time to healthcare, food insecurity, and housing.”

Last year, the federal government said it planned to lift 100 million of its citizens out of poverty by 2030, meaning 10 million people every year.