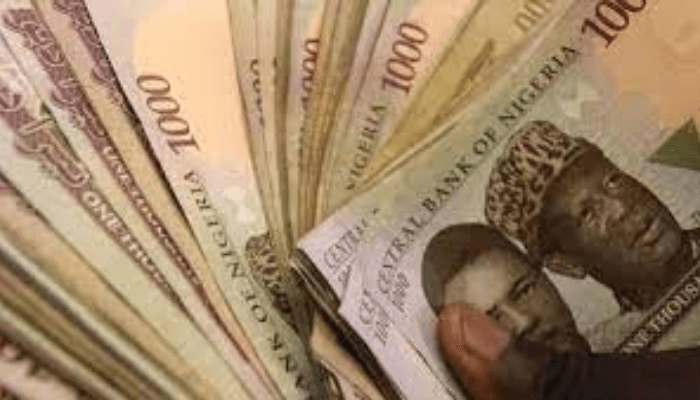 Naira, Nigeria’s legal tender, is expected to stabilize in the short to medium term and subsequently, in the long run, an official of the Central Bank of Nigeria (CBN) said on Tuesday.

To restore relative stability in the foreign exchange market, in the short to medium term, the CBN is expected to sustain the 100-for-100 Policy for Production and Productivity (PPP) and the Naira-4-dollar scheme and enhance the FX position in the I&E window by encouraging the participation of top 100 non-oil exporters in the RT200 FX programme.

“These would help stabilise the exchange rate and boost reserves accretion in the short-to-medium term,” said, Michael Adebayo Adebiyi, CBN’s director, research department, at the Chartered Institute of Bankers of Nigeria (CIBN) roundtable session on the mid-year review of the economic outlook for 2022.

In the mid-to-long term, Naira is expected to stabilise as higher interest rates mean more foreign portfolio inflow and a stronger naira. “In the near-term, we expect the rise in interest rates to improve the investment climate to remain competitive,” he said.

According to him, financial markets will remain upbeat as investors continue shopping for the highest interest rate on their short-term investments.

“The future looks optimistic given the various efforts of the CBN at repositioning the financial and real sectors of the economy for sustainable development. However, more still needs to be done, particularly in the agricultural sector and ICT,” he said.

Adebiyi called on the fiscal authorities to support the intervention efforts of the CBN, by providing competitive tax incentives for the importation of large-scale and high-impact technology and innovation to enhance agricultural yield and efficiency in the entire value chain.

According to reports, 13 commercial banks in Nigeria increased their earnings by 25 percent in the first quarter of 2022 recording a total of N1.54 trillion. The banks were able to record an improved bottom line despite the CBN monetary policy leaning towards a dovish direction that is keeping interest rates low.

He noted that the Nigerian economy has witnessed a paradoxical situation in the past six months as growth prospects have improved, however inflationary and fiscal pressures have increased considerably, leaving the economy much more vulnerable (World Bank).

“Given these myriad of challenges existing in the Nigerian economy, it has become important to take a broader outlook on these issues and proffer possible solutions in order to avoid repeating failures of history,” Opara said.