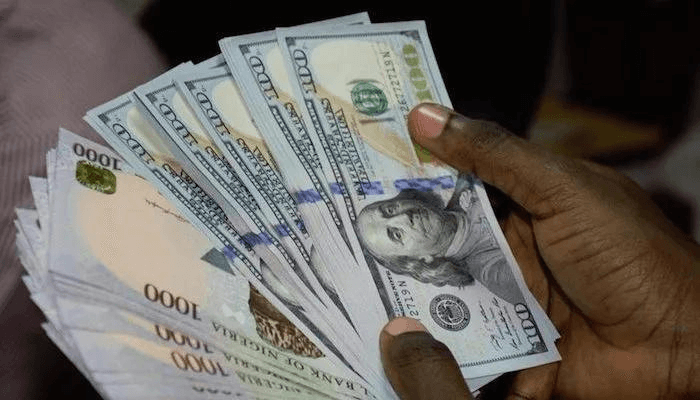 After trading on Wednesday Naira closed at N418.00 per dollar, gaining 0.2 percent compared with N419.00 closed on Tuesday at the Investors and Exporters (I&E) forex window, data from the FMDQ indicated.

Naira also strengthened against the dollar at the parallel market as it closed at N607 per dollar, gaining N1.00 from N608 closed on the previous day.

Traders attributed the Naira appreciation to a modest demand for the dollar.

The CBN, after the two days the Monetary Policy Committee (MPC) meeting in Abuja increased the policy rate by +150bps to 13.0 from 11.5 percent since September 2020.

The latest rate hike was the first since July 2016 when the committee decided to raise rates by 200bps to 14 percent.

“Although we had expected the committee to hike rates given the acceleration of headline inflation in recent months, our expectation shared with local newswires was a token rate hike of 25bps to 50bps, analysts at FBNQuest said.

The committee’s unanimous vote to hike interest rates signals a firm commitment to taming inflation, which has been soaring for three months.

Nigeria’s inflation rate jumped to 16.82 percent in April, the highest in eight months amid rising food and diesel prices.

At the money market on Wednesday, the Overnight (O/N) rate increased by 1.00 percent to close at 13.50 percent as against the last close of 12.50 percent on Tuesday.

Similarly, the Open Repo (OPR) rate increased by 0.63 percent to close at 12.96 percent compared to 12.33 percent on the previous day.

The Nigerian treasury bills secondary market closed on a flat note with the average yield across the curve remaining unchanged at 3.87 percent, a report by FSDH research noted.