Lessons from Sri-Lanka, Colombia in fight against terrorist groups 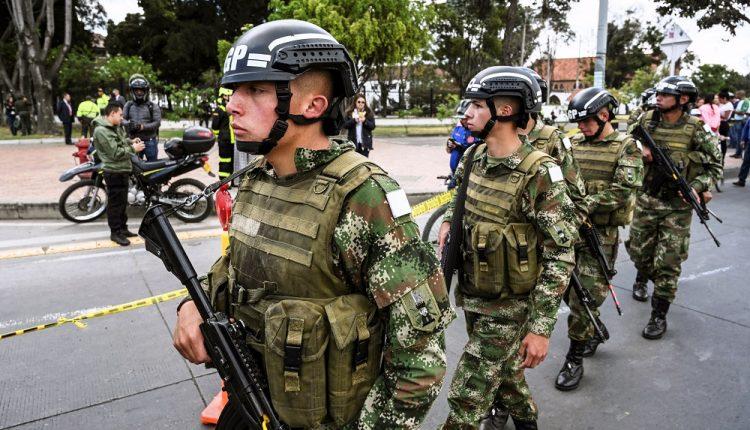 There are cases of how other countries dealt decisively with terrorist groups that Nigeria can learn from in bringing its unending war with Boko Haram to a conclusive end.

Sri-Lanka and the Tamil Separatist War

The complex and long-drawn war between the Sri Lankan government and the Liberation Tigers of Tamil Eelam (LTTE) ended with the defeat of the Tigers in 2009. It evolved as a battle between a ragtag guerrilla force and a mainly ceremonial army to one between an organized guerrilla force with semi-conventional capability and a state military apparatus that had transformed into a large and potent force with modern armour, aircraft and naval vessels.

The LTTE had hoped to establish a separate state for the Tamil minority due to what it saw as the continuous discrimination and persecution against Sri Lankan Tamils by the Sinhalese dominated Sri Lankan Government.

Founded in 1976 by Velupillai Prabhakaran, the LTTE created one of the most infamous and sophisticated insurgencies, with many of the tactics its leader pioneered influencing political militant groups globally. The group rocketed to prominence in 1983 after it ambushed a patrol of the Sri Lanka Army outside Jaffna, resulting in the deaths of 13 soldiers. This ambush, along with the subsequent pogrom that resulted in the deaths of thousands of Tamil civilians, is generally considered the start of the Sri Lankan Civil War.

Sri Lanka is 74.9 percent Sinhalese and 11.2 percent Sri Lankan Tamil. Within these two groups, Sinhalese tend to be Buddhist and Tamils tend to be Hindu, displaying significant linguistic and religious divisions.

After independence in 1948, many Sinhalese worked their way into the upper echelons of government. These Sinhalese gained power and went on to gradually pass acts effectively disenfranchising their Tamil counterparts. One such act was the Sinhala Only Act, a 1956 bill that made Sinhala the only official language of Sri Lanka and created barriers for Tamil people trying to access government services or seeking public employment.

Another pertinent policy was that of standardization, which aimed to provide more educational opportunities for disadvantaged Sinhalese students. The policy required Tamil students to achieve higher exam scores than their Sinhalese counterparts in order to be admitted to Sri Lankan universities. Legislators created a program that resembled affirmative action for the Sinhalese, who lacked opportunities and were disadvantaged during British imperial rule. Yet, when coupled with the Sinhala Only Act, standardization took opportunities from Tamil students, several of whom had turned to educational avenues to compensate for their lack of professional civil service opportunities. Thus, this legislation passed by a Sinhalese-dominated government failed to level the playing field; instead, it tilted the odds in the other direction and effectively discriminated against Tamil students.

Tamils responded to these discriminatory policies with the idea of Tamil Eelam, a separate state for Tamils. The conflict then escalated into civil war. The war officially began after a day of riots targeting Tamils in Colombo in July 1983, a month which has since been dubbed “Black July.” The fighting lasted twenty-six years, and ended in May 2009, when the Sri Lankan government announced that they killed the LTTE leader.

The civil war in Colombia, has left as many as 220,000 dead, 25,000 disappeared, and 5.7 million displaced over the last half century. A peace process between the government and leaders of the Revolutionary Armed Forces of Colombia (known by its Spanish acronym, FARC), the country’s largest insurgent group, halted the violence in 2016.

The FARC and the National Liberation Army (known by its Spanish acronym, ELN) were founded in the 1960s after a decade of political violence known as la Violencia (1948–58). Excluded from a power-sharing agreement that ended the fighting, communist guerrillas took up arms against the government. The FARC was composed of militant communists and peasant self-defense groups, while the ELN’s ranks were dominated by students, Catholic radicals, and left-wing intellectuals who hoped to replicate Fidel Castro’s communist revolution.

The FARC and ELN long used violence, kidnappings, and extortion as sources of leverage and income. In one of its most high-profile kidnappings, the FARC abducted presidential candidate Ingrid Betancourt in 2002. The group held her along with three U.S. military contractors until 2008, when Colombian forces rescued them and twelve other hostages.

In the early 2000s Colombia supplied as much as 90 percent of the world’s cocaine, and the production, taxation, and trafficking of illicit narcotics provided the FARC with much of its revenue. In 2009, the U.S. government reported that the FARC was responsible for 60 percent of Colombian cocaine exported to the United States

In the 2002 presidential election, Colombians elected Álvaro Uribe, who pledged to take a hard-line stance against the guerrillas. As his administration cracked down on the leftist rebel groups, violence fell dramatically: homicides fell by 40 percent and kidnappings by 80 percent during Uribe’s first term, but international rights groups accused Uribe’s administration of