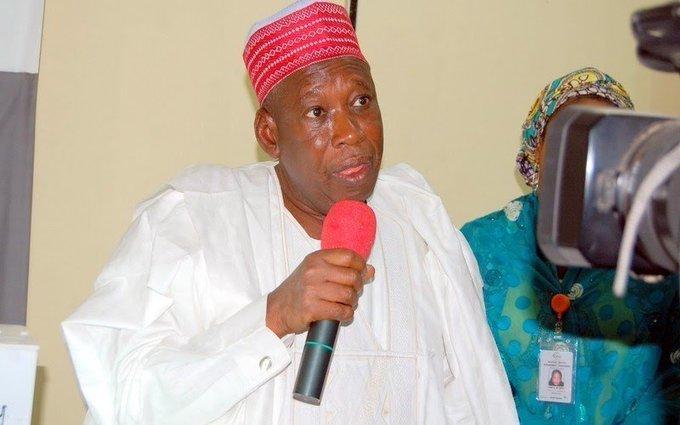 Administration of Governor Umar Abdullahi Ganduje in Kano State, northern Nigeria’s biggest economy, has revealed in the state’s financial proposal of about N198 billion presented to the Kano State House of Assembly for consideration, a shift in the development priority of the state.

The 2020 budget proposal, delivered to the State House of Assembly Thursday last week, indicates that the state is now moving away from massive investment in urban infrastructure development, done with the aim of turning Kano into a ‘Mega City,’ to focus on Human Capital Development.

Kano State has since the first tenure of the Ganduje administration made urban infrastructural development the main objective of the regime, which is a follow-up to spending pattern inherited from the Kwankwaso government.

In his address, while delivering the annual budget, Governor Ganduje disclosed that his government planned spending a total of N197,683,353,659 in the coming 2020 financial year, lower than total budget size of N219 billion expended in the out-going year.

In the proposal, which was tagged “Budget of Sustainable Social Development,” 60% of the budget, amounting to N117,710,626,881, was voted for capital projects, translating into a decrease of 12%, when compared with what was set aside for capital projects in 2019 budget.

The remaining 40%, amounting to N79,972,726,778 of the budget was allocated for recurrent expenditure, and this also translated into a 15% decrease, as against the amount expended for the same purpose in the out-going year.

In line with his administration new development priority, education sector received the lion share of the budget with N49.9 billion, which represented 25.23% of the total budget.

The governor stated that a sizable portion of N2.4 billion of the total vote for the education sector would be used yearly to fund the newly introduced free and compulsory education the state was now implementing.

In the same vein, as a way of boosting the health of citizens of the state, a total of N30.7 billion, representing about 15.5% of the budget is devoted to the various programmes and policies to be executed by the state.

Also, in order to complete some of the ongoing urban modernisation projects as well as start new ones, the administration intends spending N33.8 billion, representing about 16% of the budget for Works and Housing Sector.

The governor used the occasion of the budget presentation to disclose some of the new ministries established by his government, which had already taken off.

The new ministries include that of Religious Affairs, which got a budget allocation of N646 million, and Ministry of Tourism and Culture, which had the sum of N382 million voted for its development activities in the coming year.

The 2020 budget is less than the 2019 budget of N219 billion with N134 billion for capital projects and N88 billion for recurrent expenditure.

Governor Ganduje used the opportunity to also congratulate members as they become the 9th assembly in the state, and called for unity and synergy to achieve the success of the administration.

Receiving the budget, Speaker of the Assembly, Abdulazeez Garba Gafasa, congratulated Ganduje for his victory at the Election Petition Tribunal and promised to support the administration.