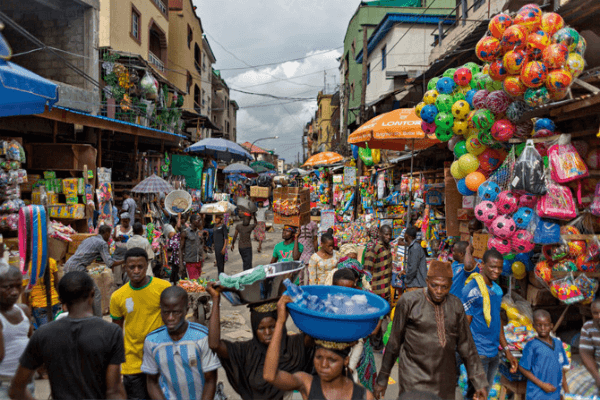 It is over ten years since a coalition of philanthropists and investors introduced to the financial-services industry impact investing, a practice aimed at generating social and environmental benefits alongside financial returns. Since then over $77 billion in assets are under management across the world.

Today, impact investing has developed to become one of the most exciting social movements following the growing needs for investment to protect the planet and increase prosperity.

The United Nations, on its part, has continued to canvass around the world for the acqualisation of its Sustainable Development Goals (SDGs) which requires investments in the region of $2.5 trillion. One of such 17-goal initiative is to eradicate extreme poverty and hunger around the world including Nigeria.

While the figures could be intimidating, the good news is that there is a growing interest, and individual investors are now demanding opportunities to do so and the retail industry can provide that window.

In Nigeria, impact investors seem to have concentrated on financial services, agriculture, health, housing, ICT, energy, and services, as the sectors of importance to them. Other sectors that attract their attention include manufacturing, infrastructure, education, tourism, water and sanitation, construction, and real estate.

However, these investors have paid little attention to the food and consumer goods retailing and how such investment or intervention could be used to help grow the sector.

Retail in Nigeria was once confined to traditional open markets and small local storekeepers – loosely referred to as the informal retail sector of the Nigerian economy – which serviced communities. Between 1960 and the early 1980s, there were standard retail malls which operated chain stores across the country; their number reduced because of the harsh business environment and the decline in business activities in that era, leaving the country without standard malls for retail businesses.

However, over the past two decades, the retail sector has undergone a dramatic transformation with top international brands seeking to expand international footing in Nigeria, and many other local players also competing for the same market space.

Today, these retailers and wholesalers are crucial links in Nigeria economy, accounting for 16 per cent of Nigeria’s Gross Domestic Product (GDP) in 2018. A report by McKinsey and Company, a New York-based management consulting firm, also estimated that the growth opportunity in food and consumer goods in Nigeria will reach $40 billion in 2020 driven largely by a market of over 180 million people, a growing middle class with spending power and rising urbanization, nevertheless, having the best conditions does not translate into actual success.

The Mackingsey& Co report in 2014 titled Africa’s growing giant: Nigeria’s new retail economy further describes the Nigerian market as both capturable and too large to ignore.

“Companies that act now to build a winning business model will be getting in on the ground floor of one of Africa’s biggest growth opportunities.Although 90 percent of Nigerians have limited discretionary income, there is an important and growing opportunity within a subset of the population. Given the country’s large population (174 million, 37 million households), the portion of people defined as middle and upper class represents a sizeable pool of potential consumers.

“A significant 11 to 18 per cent of urban households – numbering over 2 million –have purchasing power and annual incomes over $10,000, which puts them in the modest affluent class. Half of the country’s growth in wealth will come from these households. On the next rung of the income ladder – the emerging middle class – there is also considerable growth. Nigerian households with incomes of more than $5,000 a year will increase from a current 20 per cent of the population to 27 per cent by 2020, putting them within the target customer base of formal retail chains”, the McKinsey report says.

The last few years have seen folding up of start-up retail companies, especially in the online space. Analysts, therefore, are of the consensus opinion that the sector remains in dire need of high impact investment if players must be part of the future which the retail economy promises especially in job creations.

In other emerging markets, for example, most retail employees are women who for the first time are gaining an opportunity to work outside of their homes. In those countries, the evidence is that modern retailers create more jobs than they displace—particularly when employment across the entire distribution chain is taken into account.
Bulgaria has seen retail jobs increased by 25 per cent between 2000 and 2010, which coincided with the rise of several international chains. Modern retailers, moreover, are key sources of foreign investment. For example, in Poland, foreign investments account for about 40 per cent of the money pumped into the retail sector.

In those countries, the evidence is that modern retailers create more jobs —particularly when employment across the entire distribution chain is taken into account. This value is evident in the large numbers of consumers choosing to shop in modern retail outlets where they are available.

Economic studies also show that the expansion of major retailers can also have a profound effect on consumers, giving them more choices and driving down prices.

This investment will help create modern retailers which will help drive the development of the local industry. Most people buy at least some of their products from domestic suppliers – a win-win that bolsters the local economy, while insulating retailers from fluctuating exchange rates.

The development impacts of retail sector are important and if properly channelled, could help meet the goals of ending extreme poverty and boosting shared prosperity in Nigeria. 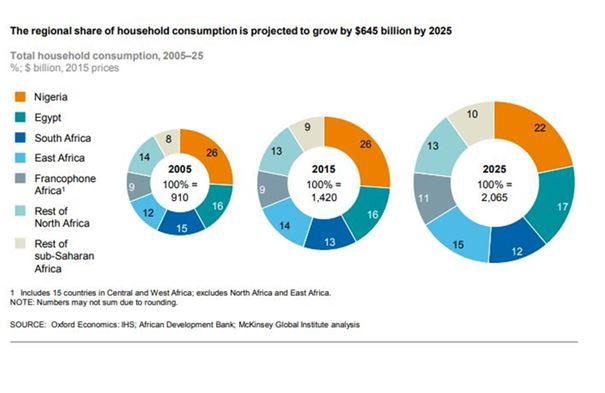 JP Morgan to Launch Its Own Crypto ‘JPM Coin’