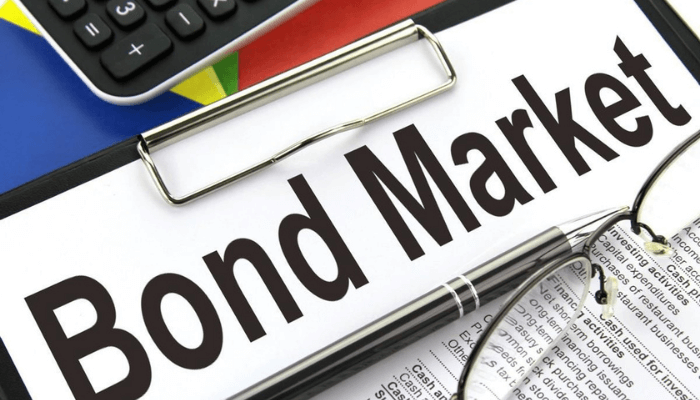 Investors whose fingers have been burnt by holding Ghanaian international bonds are curious to discover the next African country to toe the path of the embattled West African nation.

Holders of Ghanaian Eurobonds may have to accept losses of as much as 30 percent on their principal investment and forfeit some interest payments as the country draws up a debt-sustainability plan to qualify for a $3 billion loan from the International Monetary Fund (IMF).

Accra will also ask holders of domestic bonds to forfeit some interest payments, according to John Kumah, deputy minister of finance, who also said negotiations with local and foreign bondholders will soon start.

Ghana’s crunch talks with the IMF come after being shut out of international debt markets amid a selloff of its dollar debt that lifted yields to distressed levels. The cedi is the world’s worst-performing currency against the dollar this year, lifting the cost of servicing the debt.

“It’s a painful loss for sure,” an investor in Ghana’s Eurobonds said of the 30 percent haircut. “The bonds have been trading at junk for the most part of the year and pretty much everyone knew what was coming,” the investor told BusinessDay.

“What no one is quite sure of is who will be next to seek a debt restructuring of this scale.”

In some countries like Nigeria, where the finance minister walked back her talk of a possible debt restructuring in October, there are worrying signs that Ghana’s crisis foretells their fate.

“Why is Ghana defaulting on its debt? For the same reason, so many others have (and others will),” said Charles Robertson, the chief economist at investment bank Renaissance Capital.

“People find it hard to save money when family sizes are large, and this works at a country level too,” Robertson told BusinessDay.

“If Nigeria’s fertility rate stays above three (births per woman) for the next 30 years, as the UN forecasts, then yes I think Nigeria will default. But there’s much the government can do, and the central bank too, to avoid that.”

Nigeria’s debt-to-GDP ratio may not be at the troubling levels of Ghana. As a percentage of GDP, Nigeria’s debt stock is under 30 percent while that of Ghana is over 80 percent according to the IMF’s estimates. But it is Nigeria’s rising debt service to revenue ratio that has been a source of concern for economists and more recently some senior government officials.

In one scathing outlook, the IMF says Nigeria could spend 100 percent of its revenues servicing debt in 2026, up from the projected 92 percent in 2022.

Most of the frontrunners for Nigeria’s presidential seat next February have not revealed specific plans on how they plan to tackle the rising cost of debt servicing, which is now second to only personnel expenses as the government’s single largest expenditure item in the annual budget.

Atiku Abubakar, the presidential candidate of the main opposition party, the Peoples Democratic Party (PDP), however, said in an interview that he would engage creditors to seek “cancellation or forgiveness” to address the country’s foreign debt profile.

“If you are talking about foreign debt, we have done it before, I will engage our creditors and ask for debt forgiveness or cancellation like we did before. Coming to local debt, if we stabilise the economy, we will borrow less, and propose a flexible payment plan,” Abubakar said.