You need to active Javascript on your
Economy BDrecent,Nigeria’s Gross Domestic Product (GDP)

The recent report by the National Bureau of Statistics shows data on the Gross Domestic Product estimates using expenditure and income approach.

According to the report, in the first quarter of 2021, Nigeria’s real GDP at basic prices grew by 0.51 percent on a year-on-year basis showing a steady improvement in the economy following the 2020 Q4 GDP rate of 0.11 percent. Growth, however, improved further in the second quarter of 2021 with a positive GDP growth rate of 5.01 percent.

The gross domestic product measures the total value of monetary services within a specific period. It’s equivalent to what is being spent in that economy.

However, unlike the output approach which measures the supply side of the GDP, the income and expenditure approach gives a clear insight into the demand side of various economic agents.

The four components of the GDP are household consumption, private investment, government spending, and net exports.

These components explain that the GDP or output is a function of household consumption, government expenditure, investments and net export indicated as Y= C + G + I + (X-M).

Consumer spending (C) is what households buy to meet everyday needs. This consumption includes both goods and services.

Government expenditure summarises government spending on goods and services. It includes the purchase of intermediate goods and wages and salaries paid by the government. 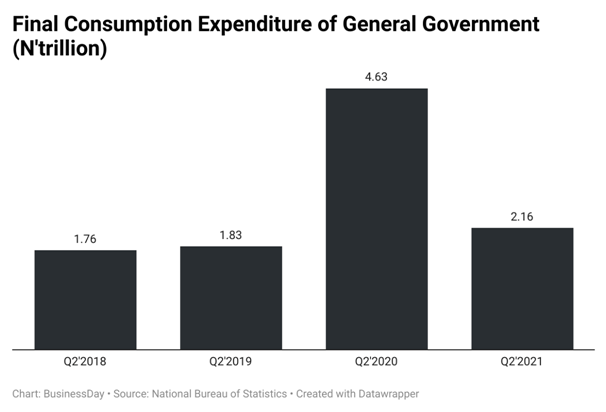 Investment (I) means additions to the physical stock of capital during a period of time.

Investment Includes building of machinery housing construction, construction of factories and offices and additions to a firm’s inventories of goods. 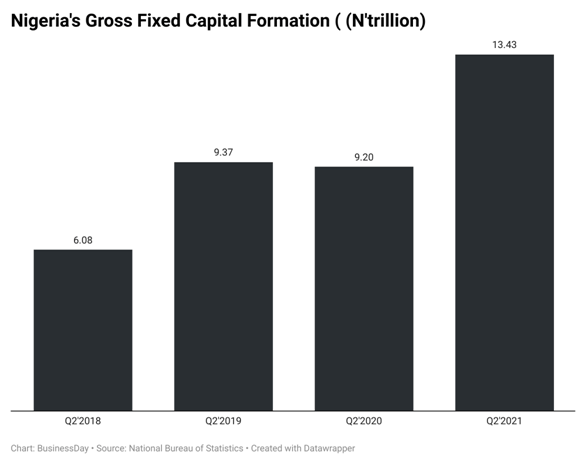 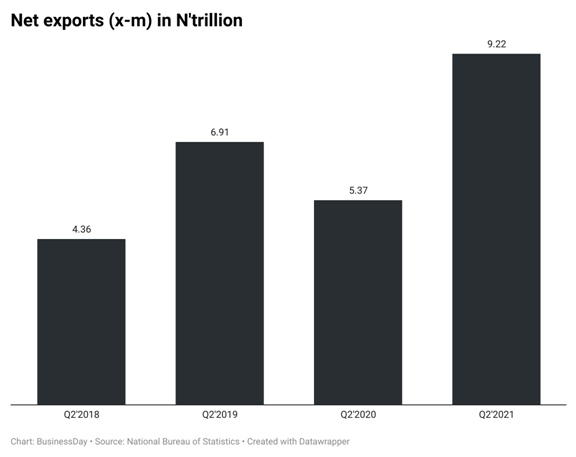 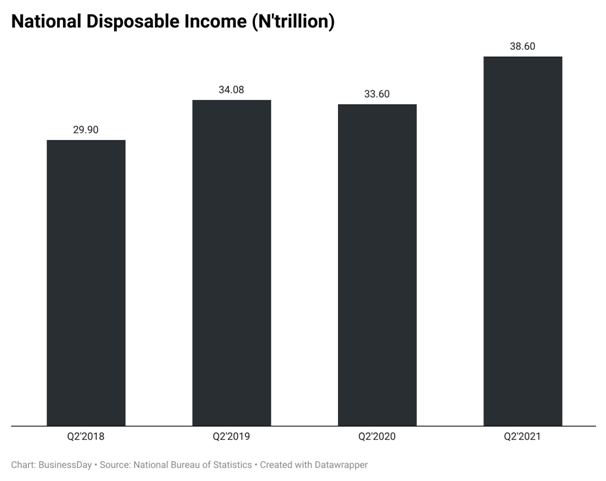 Foreign exchange turnover at I&E window rises by 19.2% in July

All you need to know about inflation

Tony Elumelu Foundation to give $5000 each to 3369 female entrepreneurs