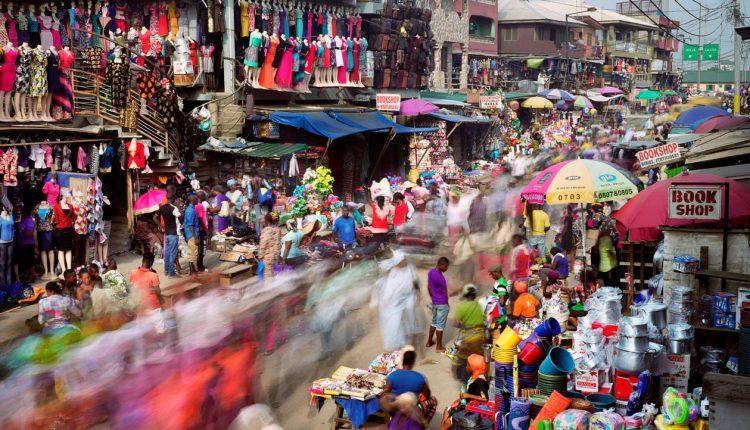 In a situation where the coronavirus outbreak in Nigeria becomes more severe and business activities are halted, the economy could contract by as much as 8 percent in the third quarter of 2020, according to estimates by Nigerian research and advisory firm, Financial Derivatives Company (FDC).

That would be a growth decline of about 11 percentage points from the country’s 2.27 percent GDP growth in 2019.

“If the worst happens, it will get to -8% with economic disruption becoming unbearable,” Bismarck Rewane CEO, Financial Derivatives Company Ltd said.

An economic contraction of that magnitude would mean that Nigeria’s GDP will see a reduction of approximately $180 billion. That could rip off the country’s current title as the largest economy in Africa considering as its GDP would drop to $295billion from the $475billion reported in 2019.

“Current and forward indicators confirm that 2020-21 will be the toughest year in decades,” Rewane said adding that Nigeria’s journey from a dismal performance to full recovery will be painful and depend on its ability to maintain economic discipline in the adoption and management of a flexible exchange rate that is competitive relative to those of its trading partners.

While FDC expects Africa’s real GDP  growth to slide into negative territory (-1.6%) in 2020, its recent report: ‘Make Hay While the Sun has Set’ expects oil-dependent economies like Nigeria and Angola to be badly hit by the twin shocks of COVID-19 and dwindling oil prices.

According to FDC, Q1 2020 GDP would be a sordid preview of a limping economy, and in Q2 and Q3, Nigeria’s GDP could contract by -3.5% to -8% depending on the severity of the pandemic.

Nigeria on Sunday confirmed 338 new cases of COVID-19, as the number of infected people pushed to 5,959. This came two weeks after the country began a gradual easing of a lockdown imposed to control the spread of the virus.

With the contraction rate projected by the Lagos-based research and advisory firm, the highest crude oil-exporting nation in Africa will be witnessing its worst growth in decades. Nigeria reported its largest contraction in 25 years in 2016 when it reported a growth of -1.62 percent

Meanwhile, the global consulting firm, McKinsey & Company had projected in April that in scenarios in which the outbreak of coronavirus is not contained in Nigeria’s, its  GDP growth rate could fall to -8.8 percent for 2020.

The crash in the price of crude oil and dwindling revenues as a result of the impact of the coronavirus pandemic on the global economy is a risk that may fuel a contraction for Nigeria in 2020.

The government of Nigeria, whose revenue could be slashed by more than half this year due to the oil-price slump, recently finalized plans for a revised budget that keeps spending almost intact

The Federal Government recently cut expenditure by only 0.6 percent from what was proposed before oil prices dropped. Its revised 2020 budget is estimated at N10.52 trillion, even as it reduced the crude benchmark in the budget to $25 a barrel from $57.

Its revenue was reduced sharply to N5.158 trillion, this leaves the country with a budget deficit that has widened to N5.365 trillion and is expected to be funded by domestic and foreign adv I so. Although foreign borrowing will be limited to concessionary loans (IMF, World Bank etc).

FDC expects tax collection, mobilization and prudent management of tax revenues to be topmost priorities for government as they embark on revenue hunt.

Meanwhile, two weeks after the government began a gradual easing of the lockdown in Lagos, Abuja and Ogun State to help boost the country’s economy, businesses in Africa’s most populous nation are having a hard time operating. For those that have been able to report an increase in their businesses, moving their goods across Nigerian states poses a very big challenge due to inter-state restrictions and imposition of lockdowns by some of the states.

A negative GDP expansion for Nigeria will mean the growth of many industries in the country will be cut short, as projected by economists.

Since 2017 when oil-dependent Nigeria emerged from its economic recession, not only has the country’s economic growth been sluggish but only a few sectors triggered the expansion, further undermining the country’s capacity to create enough jobs to meet the growing number of labour market entrants.

Out of about 4.8 million Nigerians who entered the country’s labour market between 2015 and 2018, about 635,000 jobs were created within the period, indicating only a job was available for every eight people who joined Nigeria’s economically active workforce.

According to Rewane, a higher unemployment level is likely to accompany an economic recession. He projected that Nigeria’s “unemployment will jump to 35 percent in 2020”.