CPI climbs to a nine-month high on border closure 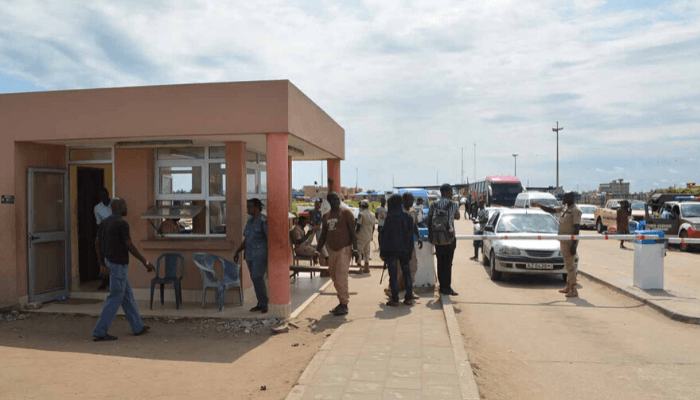 It has been over three months since the Nigerian government closed its land borders. It was a move aimed at curtailing smuggling activities around the borders, as well as stop the outflow of subsidized fuel. The policy equally aims at impeding the influx of some foreign goods, especially, rice, among other commodities.

A decision which in real term has a rippled effect on the economy at large and also creates opportunities for local producers of commodities such as – rice, vegetable oil, palm oil and other agricultural produce, and again, while encouraging consumption of locally made produce.

The implication of this is that as the country’s land borders remain closed; aggregate demand for locally produced products is gathering more pressure on the prices of commodities. This is evident in the prices of some selected food items, for example, the average price of 1kg of tomato on month-on-month basis increased by 7.64 per cent to N251.21 in November 2019 from N227.50 in October 2019. 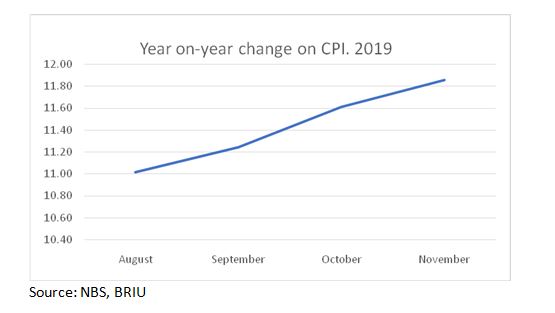 And since the Nigerian land border was partially closed in August 2019, there has been a noticeable increase in the Consumer Price Index (CPI), which measures the average change over time in prices of goods and services consumed by people in the country.

The nation recorded an increase in its CPI from 11.02 per cent in August 2019 to 11.24 per cent in September 2019. This represents a 0.22 per cent increase over the period. This, however, is expected to increase further if aggregate consumption, investment, and government spending exceed the value of what the economy can produce at its full employment. Demand for naira will beat against the limited supply of producible goods and services; this will variably bid up prices of commodities.

In the short run, the implication of the policy thrust exerted pressure on the nation’s inflation. Within the space of two-month, CPI was up by 0.24 percentage points from 11.61 per cent in October 2019.

Similarly, during the reference period, headline inflation which measures the total inflation within an economy, including commodities such as food and energy prices, which tend to be much more volatile and prone to inflationary spikes on month-on-month basis, recorded an increase of 1.02 percent in November 2019, which is 0.05 per cent rate lower than the rate recorded in October 2019 (1.07) percent, as shown in the National Bureau of Statistics (NBS) report on CPI for Q4, 2019. 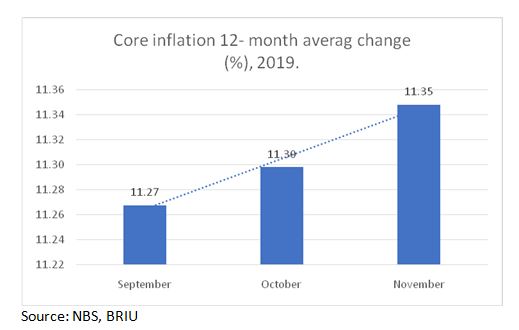 Core inflation is the change in the costs of goods and services but does not include those from the food and energy sectors. That is, it excludes the prices of volatile agricultural produce. During the reference period, the variable stood at 8.99 percent in November 2019, an increase of 0.11 percent when compared with 8.88 percent recorded in October 2019.

Core sub-index on a month-on-month basis recorded an increase of 0.79 per cent in November 2019. This represents a 0.05 percent increase when compared with 0.74 percent recorded in October 2019.

The list also included medical services and passenger transport by air. The average 12-month annual rate of change of the index was 9.19 percent for the twelve-month period ending November 2019; this is 0.06 percent points lower than 9.25 percent recorded in October 2019.

On the other hand, the food sub-index on a month-on-month basis increased by 1.25 per cent in November 2019 but slightly declined by 0.08 per cent points from 1.33 per cent recorded in October 2019.

The composite food index rose by 14.48 percent in November 2019 compared to 14.09 percent in October 2019. The rise in food index is believed to be caused by an increase in prices of commodities such as – bread, cereals, oils and fats, meat, potatoes, yam, rice and other tubers, and fish.

There is a general consensus that excess aggregate demand can, and often has been a major cause of the rise in prices of commodities. Food and energy are necessary staples, meaning demand for them doesn’t change much even as prices rise. For example, gas prices may rise with the price of oil, but you will still need to fill up the tank in order to drive your car. Similarly, you won’t be pushing off buying your food items just because prices are rising at the store.

It is observed that the large portion of the aforementioned commodities and more are legally and illegally passing through the land borders that connect Nigeria with some of the west African countries like – the Benin Republic, through its commercial city of Cotonou; Niger, Ghana, among others. Nonetheless, these activities have fairly added value to the country’s fiscal projections over the years.