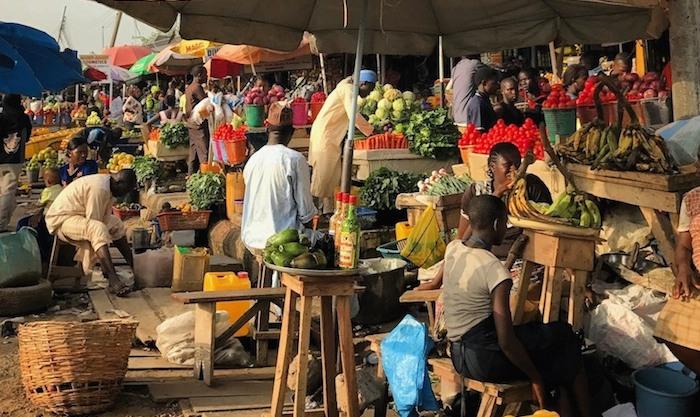 Food inflation, which has surged to a record high of 23.72 percent, is seen as a major factor that will determine whether or not the Central Bank of Nigeria (CBN) will continue its aggressive monetary policy tightening in January 2023.

Economic experts told BusinessDay that other factors that would be considered are inflows from trade and how other central banks react to their countries’ benchmark interest rates.

Nigeria’s third quarter 2022 trade report, which was released on Monday, highlights the urgent need to boost revenue inflows amidst declining trade revenue. Nigeria generated N7.1 trillion as revenue from exports at the end of Q1, N7.4 trillion in Q2, and N5.93 trillion in Q3.

CBN’s hawkish stance started in May 2022 when it raised the MPR to 13 percent up from 11.5 percent. It further raised the key interest rate to 14 percent in July, and to 15.5 percent in September.

He said, “The MPC therefore decided to continue to tighten, but at a somewhat lower rate, noting that tightening the stance of policy would narrow the negative real effective interest margin and thus improve market sentiment and further restore investor confidence.

“MPC also felt that recent developments in terms of observed month-on-month deceleration in the rate of increase in inflation, suggests that the previous tightening policies were yielding the expected outcome. It therefore felt that sustaining the tightening would further consolidate the decline in inflation, albeit more significantly.”

Emefiele added that the option to loosen was not considered as that would weaken the gains of the past rate hikes.

Headline inflation in Africa’s largest economy raced to a 17-year high of 21.09 percent in October from 20.77 percent in the previous month, according to the National Bureau of Statistics (NBS). Food inflation increased to 23.72 percent from 23.34 percent.

Some economic analysts have said that even if the CBN would increase MPR in 2023, it would be at a decelerating rate compared with this year’s rate hikes.

Capital Economics, a London-based economic research firm, said in its Africa Economic Report for November 2022 that with the CBN acknowledging month-on-month decline in inflation, there is a prospect of a halt in future rate hike, although the upside risks are that strategic grain reserves would be drawn down.

“We suspect that policymakers are itching to draw the tightening cycle to an end. And further falls in the month on month inflation rate could provide the ammunition for MPC members to do so at the next meeting in January, just ahead of the elections in February.”

Olaolu Boboye, a macroeconomist with CardinalStone, supported the position that the declining month-on-month headline inflation has created a room for a halt or a not-too-high future rate hike.

“It is very possible the CBN will continue its hawkish stance over the next few months. However, the position of the CBN is made known that moderation in month-on-month inflation will provide a comfort in terms of magnitude in rate hike that we might see next year,” Boboye said.

He, however, cautioned that there are few upside risks from negative pass-through of climate change, which has resulted in flooding and affected food produced in Nigeria as well as other supply-side factors. These are outside of the control of CBN and these factors will play a major role in future rate decisions of the CBN, he added.

However, analysts at CSL Stockbrokers differed, anchoring their position on the 500-basis-point hike in MPR this year alone.

“Having embarked on an aggressive hike in the MPR with a cumulative 500bps in the year 2022, we anticipate a hold in the first quarter of 2023 as inflation moderates largely due to base effect. Moreover, contrary to the CBN’s view, we believe the recent month-on-month moderation in inflation was largely driven by the relative stability in energy cost particularly as international crude oil price remained below the $100 mark,” they said in a statement to investors.