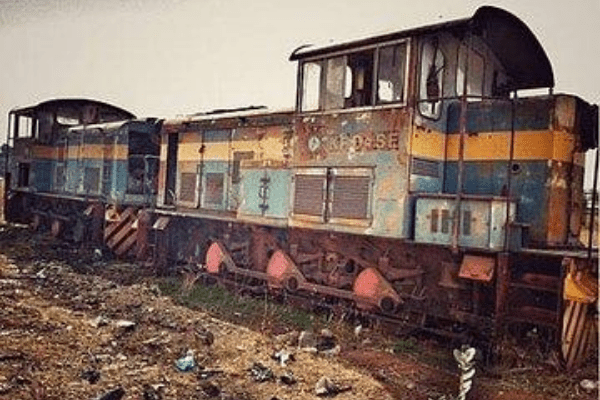 Nigeria’s federal government has been advised to include the South-East region in its industrialisation programme to ensure even development of the country.

Goddy Okafor, chairman, Christian Association of Nigeria (CAN) South-East chapter, gave this advice in an interview with BusinessDay in Aba, the commercial hub of Abia State.

Okafor, who is the presiding bishop of Glorious Life Gospel Centre with headquarters in Aba, urged the Federal Government to rehabilitate the Eastern rail line that links the South-East region with the North to boost commerce.

He observed that Things are not balanced in Nigeria and that is why people of the South-East region are alleging marginalization.

He also advised the Federal Government to include the South-East and South states in its gas pipeline project to ensure the industrialisation of the regions, as well.

In his words, “The Ajaokuta-Kaduna-Kano (AKK) gas pipeline is worth looking into. You want to lay a gas pipeline from Rivers and Imo states’ to Ajaokuta, Kaduna, and Kano for industrialisation. And I ask, what about the cities in the South-East? Aba also needs to be industrialised.

“Why can’t the federal government put Aba in the budget? Why can’t the FG remember Onitsha, Nnewi, Enugu, Abakiliki, and Owerri? You cannot lay your pipe from Imo State, while Imo cannot feel its impact.

“Again, they came up with the issue of the “Western rail line” and want to run it from Lagos to Katsina. Why not do the same servicing for the “Eastern rail line, as well”?

“After all, nobody will enter the train and not pay. It will generate more revenue for the country. What have we done that we are neglected in everything? They have gone to borrow money that all of us in Nigeria will pay for, so why marginalise South-East.

He continued, “I want to say to Chibuike Amaechi, minister of transport, our brother, to remember that there are still people, who live around this area and tomorrow he may benefit from it.

“The Eastern Rail Line will not serve the people of Southeast alone. It runs from the South-East region to Benue in North-Central and Maiduguri in the North-East down to Maiduguri. If they go to borrow money and don’t balance what they are doing, people will feel marginalized.

“When people see that certain good things of life are located in just some parts, they’ll migrate to those areas, including the good, the bad, and the ugly people.

“Tomorrow some people will start telling non-indigenes to go back to their states, forgetting that government made some areas terrible places to live”.

He urged the FG to take cognizance of these things and realize that God of heaven, the judge of all men are watching them. “If they want to borrow money that Nigeria will make use of, let them allow everybody to feel the impact”.

On the $500 million commercial loan agreement between Nigeria and China with a clause that indirectly ceded Nigeria’s sovereignty to China, if Nigeria fails to pay, Okafor observed that the Chinese government has seen that some African leaders are corrupt and shortsighted.

“Some of these African leaders go after things that’ll satisfy them and their immediate families today. They’re not thinking about tomorrow. China has taken advantage of it to come into Africa. Nigeria is not the first country they’ve given such conditions. They’re doing their best to take over Africa, maybe, because of their population. It could be that they’re seeing what we’re not seeing.

“How can the Minister of Transport see nothing wrong in that agreement that will see Nigeria lose part of her sovereignty to China if Nigeria is unable to pay back the loan? How is Nigeria going to pay? Must they accept every condition attached to a loan? Must they even borrow from China, simply because they want to see money for whatever reason?

“This present administration should not mortgage Nigeria” he advised.