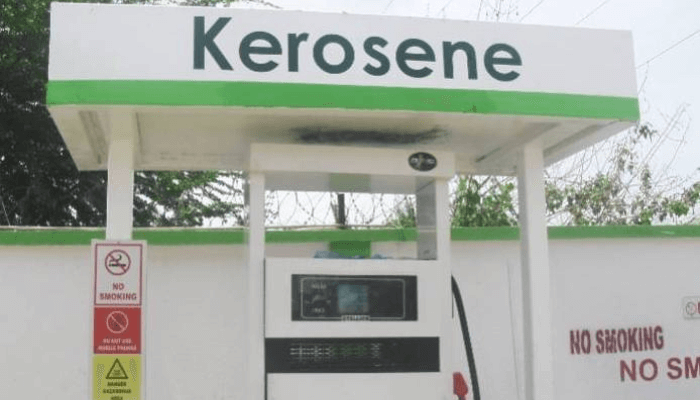 The average retail price per litre of kerosene paid by Nigerians has risen by 138 percent from January to October this year, data obtained from the National Bureau of Statistics (NBS) have shown.

The NBS data shows that the average retail price rose by 138 percent to N1,041 in October from N437 in January this year. On a month-on-month basis, it increased by 9.9 percent from N947 in September.

On a year-on-year basis, the average retail price per litre of the product rose by 146 percent from N423 in the same period last year.

Poor Nigerians who still power their stoves from kerosene are worst hit by the surging price of the product. Since the kerosene subsidy was removed in 2016, the product has faced price fluctuations influenced by the international market.

According to Owolabi, a price control mechanism will reduce the cost of kerosene (similar to the petrol subsidy). However, the Nigerian National Petroleum Company (NNPC) Limited does not import kerosene any more.

He added that the NNPC was not financially buoyant enough to take on the added cost of a kerosene subsidy. “However, it goes against the government’s Decade of the Gas plan.”

On the surge in the cost of cooking gas, Owolabi said, “Nigeria should further implement gas utilisation plans which would eliminate dependence on imported cooking gas, thus making it more affordable to the masses – without the need for any subsidy. This would be a win for everyone.”

According to the NBS report, the average retail price per gallon of kerosene increased by 130 percent to N3236 in October from N1529 in January this year. On a month-on-month basis, it increased by 8.7 percent from N3236 in September.

On a year-on-year basis, this increased by 127 percent from N1,553 recorded in October last year.

“The rise in the cost of kerosene is not favourable to my business. It limits the little profit I generate from selling boli,” Jumoke told BusinessDay.

To cope with the price, Ngozi Nwaeze, a mother of three, who sells corn and roasted yam in Abule Ado, Satellite Town, Lagos, said she collaborates with other street food vendors and shares a bottle of kerosene for about two weeks.

“Everyone contributes about N200 each, sometimes N300 to buy a bottle of kerosene in our area. We use it to light our charcoal,” she told BusinessDay during a discussion.

Data from the NBS further show that Enugu recorded the highest average retail price per gallon of kerosene with N4,484, followed by Abuja with N4,450 and Kogi with N4,350.

However, Gombe recorded the lowest price with N2,418, followed by Borno and Delta with N2,740 and N2,825 respectively.