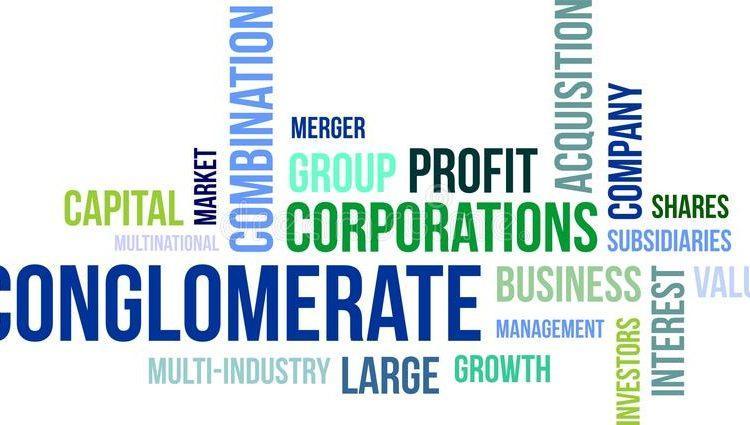 A company is regarded as a conglomerate if it has a combination of multiple business entities
operating in entirely different industries under one corporate group. Having a wide range of
companies in different sectors can be a real benefit for the bottom line such that the
underperforming companies or industries can be compensated for by those performing in other
sectors.

In the last few years, conglomerates operating in Nigeria have experienced a number of challenges
which still remain till today. These challenges are having a significant impact on their financials. Some
of these problems include the business environment, infrastructure and development in the
international market.

BusinessDay Research and Intelligence Unit (BRIU) analysed the listed conglomerates in Nigeria to
have a feel of how they have weathered the economic conditions in recent times. The sector is so
important in terms of job creation, diversity and poverty alleviation.

For the five quoted conglomerates – Chellarams Plc, John Holt Plc, SCOA Nigeria Plc, Transnational
Corporation of Nigeria Plc(TCN) and the United Africa Company of Nigeria (UACN Plc), their interest
cuts across a wide array of the economy from manufacturing to automobile, real estate, hotel,
general trade and merchandise, power, agriculture and services, among other sectors.

The latest audited and interim financial reports of the conglomerates which detailed and highlighted
their performances for the periods ended 2018 and 2019 showed that the companies recorded a
combined revenue of N177.2 billion in 2019, a value that is 9 per cent less than the preceding year’s
revenue of N194.6 billion.

However, UACN recorded a loss arising from discontinued operations which translated to a decrease
of 4 per cent when compared with the preceding year value of N9.5 billion. Notwithstanding, the
company’s gross profit margin, a metric used to assess a company’s financial health and business
model by revealing the amount of money left over from sales after deducting the cost of goods sold,
stood at 21 per cent although slightly below the industry average of 31 per cent.

The current ratio, which measures a company’s ability to pay short-term obligations or those falls
due within one-year stood at 1.73x, while debt to-asset for the period ended stood at 8.54 per cent,
and this indicated that the company’s assets were funded by 8.54 per cent of its debt.

Return on Equity (ROE), which measures how effectively management is using a company’s assets to
create profits for the said period stood at 10 per cent in 2019 while ROA, a metric that shows how

profitable a company’s assets are in generating revenue, grew slightly by 3 percentage points from 8
per cent in 2018 to 11 per cent in 2019.

John Holt Plc’s revenue for the considered period contracted by 33 per cent from N2.7 billion in 2018
to N1.8 billion in 2019. This was largely driven by a decline in sales and leasing of a technical product.

Profit after tax followed a similar trend as it increased by 169 per cent from a loss of N81 million in
2018. Return on equity (ROE) of 8 per cent and a return on assets (ROA) of 4 per cent represented
an improvement on the negative returns of the previous year. Current ratio of 1.6x showed the
company could still meet up its short-term obligations.

TCN on the other hand, followed a comparable trend, as the company recorded a decline in its
revenue of 27 per cent from N104.2 billion in 2018 to N76.3 billion in 2018. The company’s gross
profit followed a downward trend representing a 27 per cent decreased when likened with N48.2
billion recorded in 2018. The gross profit margin for the reference periods in 2018 and 2019 have
been on a similar scale representing 47 per cent each.

SCOA Nigeria Plc recorded an increase in revenue portfolio for the period ended 31 st December 2019
to a tune of 58 per cent from approximately N2.5 billion in 2018 to N3.9 billion. However, gross
profit declined by 34 per cent to N550 million from N834 million in the corresponding year.