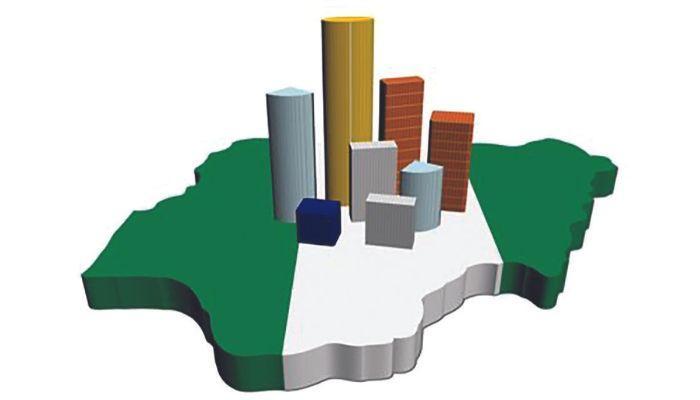 Nigeria must prioritise sectors with high labour productivity to create more wealth and jobs for its fast-rising population, a new report by Brookings has said.

The report classified the sectors with high labour productivity as industries without smokestacks (IWOSS), noting that they create large-scale job opportunities, particularly for the young and female population.

The sectors, according to the report, include agro-processing, financial and business services, information and communications technology (ICT), tourism, formal trade, and transport.

According to the report, the IWOSS are sectors whose workforce productivity is directly attributable to fluctuations in physical capital which are tools, equipment, and facilities available for production, new technologies which are new methods to combine inputs to produce more output, and human capital, which represents the increase in education and specialisation of the workforce.

The study, titled ‘Employment Creation Potential of Industries Without Smokestacks: A Nigeria Case Study’, finds that the relevance of these industries in economic development has increased with the emergence of technology and shifts in the global economy.

With a 33.3 percent unemployment rate in Africa’s largest economy based on most recent data by the National Bureau of Statistics in Q4 2020, up from as low as 6.4 percent in Q4 2014, and 40.1 percent of the total population living in poverty, increasing the empowerment of youth and women in Nigeria is critical to economic development.

Added to the inadequate physical infrastructure and rising inflation that appears insurmountable, Nigeria’s youth unemployment problem indicates a bleak future with millions of frustrated youths roaming the streets, fueling the ongoing insecurity in the country, according to the report.

The study also found that IWOSS sectors contracted during the COVID-19-induced recession but their rate of recovery was higher than that of the manufacturing and non-IWOSS sectors. This suggests that IWOSS sectors are more resilient, contributed significantly to the rapid recovery of the Nigerian economy, and will continue to play an important role in the post-pandemic era.

“Even during the peak of the pandemic, the ICT sector (an IWOSS sector) experienced a positive growth of about 15 percent, which was due to an increased digitalisation of economic activities. Other IWOSS sectors were fully recovered by the first quarter of 2022,” the report said.

Analyses from the report show youths and females make up a higher percentage of the demography in the IWOSS sectors’ jobs than they do in the non-IWOSS sectors.

This suggests that IWOSS sectors are more inclined towards employing youths compared to non-IWOSS sectors in Nigeria.

The study also identifies constraints that inhibit growth and employment generation in IWOSS sectors. They include poor infrastructure, lack of access to finance, skills gap, and corruption.

The study, however, recommends increased investment in critical infrastructure, such as transport, electricity, and communication infrastructure, creating an enabling environment for the strengthening of the ICT industry, increasing the competitiveness of the financial sector, and enshrining good governance.

Other recommendations include the integration of ICT skills into the school curricula to increase the preparedness of students.

In the future, IWOSS sectors are projected to deliver the majority of jobs to labor market entrants. The study estimates that IWOSS sectors could create up to 56 percent of the projected 47.3 million new jobs between 2018 and 2035.