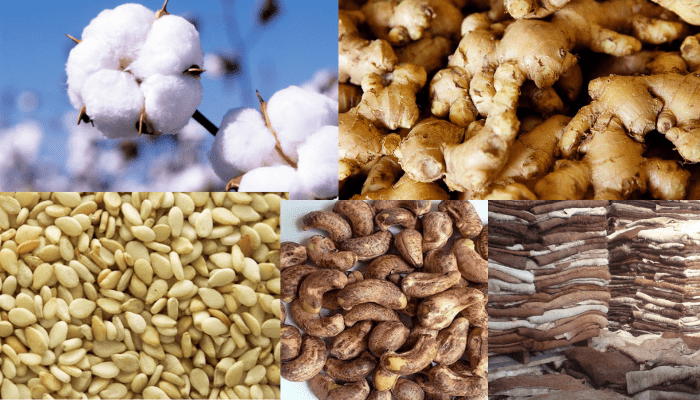 Nigeria’s optimisation of its agricultural resources is expected to drive competitive participation under the African Continental Free Trade Area (AfCFTA), as trade experts say in other to compete favourably countries need to optimise products with comparative advantage, especially commodities and natural resources.

The United Nations Economic Commission for Africa (UNECA) projects that the trade agreement for a market of 1.2 billion people would boost intra-African trade by between $50 billion and $70 billion in monetary terms, with a 40 percent to 50 percent increase over the first 20 years of implementation.

According to Wamkele Mene, secretary-general, AfCFTA, recently in a high level roundtable on industrialisation in Africa, Nigeria offers a unique opportunity and market under the trade agreement with its population, natural resources, and labour force, but enjoying its benefits will require urgent action for faster economic diversification activities.

Despite the implementation of AfCFTA, Nigeria’s export in the first half of 2021 to African countries was 11.50 percent, this is a drop when compared with the 21.8 percent it achieved in 2020. During this period, Europe had 35.30 percent according to the foreign trade report by the National Bureau of Statistics (NBS).

The International Trade Centre (INTRACEN) ranked Nigeria 0.1 percent in increase in new products to traditional markets and 0.0 percent in increase in traditional products to new markets. The data also highlight major products that have huge unrealised potential as high as 100 percent in sub-Saharan Africa (SSA), which is made up of 48 countries. To boost these statistics, below are five of the products, which BusinessDay analysis shows Nigerian exporters can leverage under AfCFTA:

In Africa, cotton is a predominant cash crop providing income to over 3 million farmers, it also accounts for 15 percent of global export where it earned over $15 billion in 2018 for over 1.5 million MT of lint.

According to INTRACEN, Nigeria has 97 percent unrealised potential of cotton market in SSA. There are opportunities in Egypt, Morocco, and South Africa who are the largest importers of cotton in Africa, according to the cotton guide.

Nigeria’s annual production of cotton falls between 300,000 and 400,000MT of seed cotton or 110,000MT of lint, which is about 607,735 bales of cotton lint, produced majorly by small-scale farmers, with farm sizes ranging from 3-5 hectares all under rain-fed ecologies, the Nigeria Investment Promotion Commission (NIPC) notes.

A report on the global cotton market by Research and Markets projects that the Global Cotton Market is expected to move from $38.54 billion in 2020 to $46.56 billion by 2027, with a Compound Annual Growth Rate (CAGR) of 2.74 percent within this period.

There are projections from the Organisation for Economic Co-operation and Development (OECD) that cotton export from SSA will increase from 15 percent to 17 percent by 2030, with Asia and Southeast Asia being the major destinations for shipments.

Cotton is mainly used as a raw material in textiles, but its other parts like the stalks, husks, seed, etc. offer additional income-earning opportunities for cotton farmers and processors.

Nigeria is the leading producer of ginger in Africa and the fourth-largest producer in the world, grown majorly in northern region like Kaduna, Nasarawa, Benue, Niger, and Gombe states, according to the Nigeria Export Promotion Council (NEPC).

As of the first half of 2021, proceeds from Ginger export in varied forms were valued at N3.75 billion. Producing almost 523,000 metric tons annually out of which 90 percent is exported, Nigeria is yet to explore 71 percent of the ginger market in SSA, especially in countries like Benin Republic, Zambia, South Africa, Burkina Faso, etc.

Ginger is used either as a spice or medication and is widely used globally; it is available in different forms like fresh, powder, paste, frozen, dried-split, and crushed, giving options to diverse categories of importers.

Following the outbreak of the pandemic, there has been an upshot in the demand for ginger due to its medicinal benefits.

Nigeria is rated as the fourth-largest producer of cashew nuts in Africa and sixth in the world, with a 160,000 metric ton per annum, according to data from the country’s agric ministry.

Nigeria earned N42.93 billion from the export of cashew nuts (both shelled and unshelled) in the second quarter of 2021. However, by 2030, it is projected that Nigeria will produce 300,000mtt of cashew, as its annual average production increases by 5 percent.

This provides an opportunity to tap from the SSA market, which is 100 percent unexplored according to INTRACEN. Cashew in Nigeria is usually harvested between February and June; however, farmers stock the crop and export it all year round.

Sesamum is cultivated in 10 states across northern and central Nigeria, which makes it the seventh largest producer worldwide, with 6 percent annual growth projections over the next few years, according to the NEPC.

In the second quarter of 2021, Nigeria got N21.63 billion from the export of sesamum seeds. However, much more can still be realised as there is a 96 percent unrealised market in SSA alone.

Experts in the sesamum industry believe that the country is yet to exploit the full potentials of sesame considering its numerous health and industrial benefits, which drive its demand.

Nigerian hides and skin production mainly produced in northern Nigeria ranks among the highest quality globally and is a consistent supplier to European and Asian markets. The country earned N9.84 billion in the second quarter of 2021 from the export of raw hides and skins.

However, there is a 100 percent market gap yet to be filled in SSA, which will generate more return, especially if the value addition culture is adopted. Nigeria’s leather industry is categorised into the industrial sector and the traditional/artisanal sector.