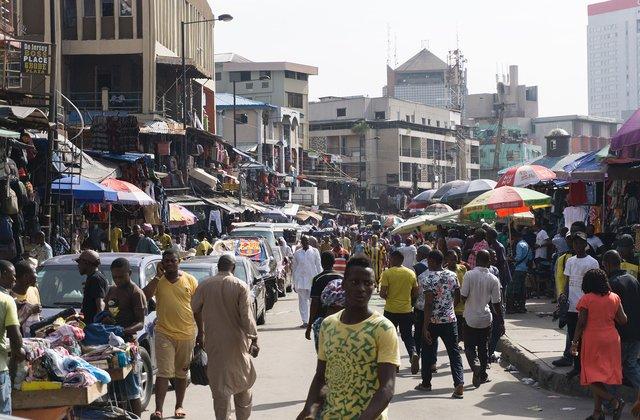 Besides the official exchange rate, used mainly for government transactions and the budget, Nigeria maintains a number of other rates.

The rate for investors and exporters, known as Nafex, also acts as a spot rate for the naira. This rate has averaged 388 naira per dollar since March.

There is a rate for small businesses that want to import raw materials. This rate is now 380 per dollar after the central bank devalued it from 360 on July 3.

There is another rate for Bureau de Change operators, mainly to allow Nigerians to access foreign currency to pay school fees for their wards abroad, or for travel. There have been no sales of foreign currency to BDCS since the outbreak of the pandemic.

Then there is the blackmarket rate, where the dollar sells for 463 naira to those who cannot access any of the official windows.

Price stability is a key aim of Nigeria’s centralbank policy. A weaker naira could stoke inflation, which at 12.56 percent in June is already at a two-year high and well above the targetrange ceiling of 9%.

The central bank aims to curb inflation by using the stronger official rate for imports of items like fuel that have an impact on prices. Africa’s largest oil producer imports almost all of its gasoline because its three derelict refineries have not processed any crude for more than a year. Electricity tariffs, which the government subsidizes, are also linked to the dollar and a weaker naira would lead to a significant rise, fueling inflation.

Africa’s most populous country has the widest spread between 12-month currency forwards and onemonth contracts among its peers on the continent, suggesting traders expect a large depreciation. That increases the risk of holding Nigerian assets and deters foreign investors.

Fair value for the naira

Ten economists surveyed by Businessday think the naira should be trading closer to N400 per dollar, that’s weaker than the I& E rate of N388 which the Central-bank Governor Godwin Emefiele is targeting.

Some investors and analysts also believe that the currency should be north of N400.

How exchange rate movements affect you

An exchange rate is a key economic indicator due to its role in the imports and exports of an economy.

The appreciation/depreciation of the Nigerian naira affects the economy at large and also at the business and individual levels.

This is because of the increase in import costs and rising inflation as a result of the depreciating naira exchange rate in the parallel market. This effect is more pronounced for firms that rely on imported goods or machineries to produce their goods and services as they are more vulnerable to currency changes due to transactional and economic risks.

However, to buy the same machine a year later at an exchange rate of N305.79 would cost the firm about N917,370. Hence, implying that exchange rate volatility induced a 20.63 percent increase of the firm’s costs of operations.

A depreciating currency also increases the tendency of a financial market crisis to occur. This is because the value of foreign denominated debt rises against the Naira leading to the possibility of financial institutions failing to meet debt obligations on maturity. Effect on individuals: One of the most direct channels of the effect of a currency crisis on individuals is in the reduction of purchasing power. A depreciating currency (especially in an import- dependent country) leads to a rise in the cost of imported goods, thereby causing “imported inflation”.

There is a strong relationship between inflation and exchange rate for the period 2010 to 2018. As the chart indicates, following the devaluation of the naira in 2014, inflation started trending in line with the reducing value of the naira. The effect was high prices of goods and services, a major rise in unemployment and a significant pressure on the spending power of people.