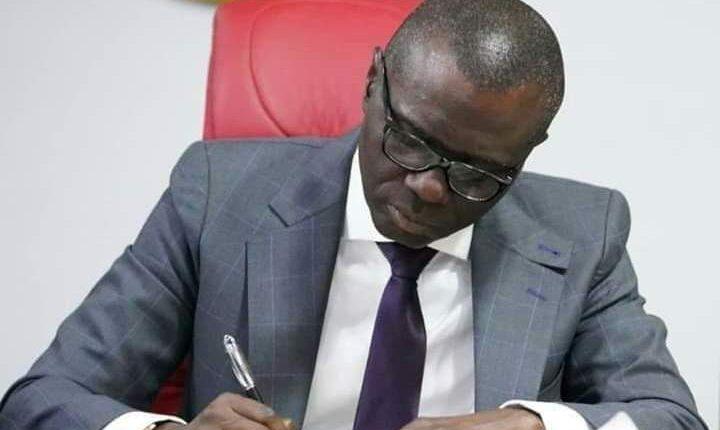 Lagos State governor Babajide Sanwo-Olu has reassured residents of commitment to protect lives and property just as the police said they have neutralised the ‘One Million Boys’ gangsters.

The state Commissioner of Police (CP), Hakeem Odumosu, acting on the orders of Governor Sanwo-Olu, said the police have stepped up surveillance, following the panic generated by threat letters purportedly written to some communities by the faceless criminal group.

The group allegedly threatened that it would carry out armed robbery attacks in some listed neighbourhoods of state.

The police described the group as “non-existent”, adding it had strengthened its surveillance across neighbourhoods.

Odumosu, who led squadrons of anti-robbery policemen to various tension-soaked communities on Friday, allayed residents’ fear, saying the criminal gang called “One Million Boys” had been disbanded in several operations.

Odumosu said a new set of criminally minded people may be hiding under the gang’s name to scare the public, but he assured all that the police, in conjunction with other security agencies, would neutralise such threats.

“Today, we have come out in full show of force to give you assurance that there’s nothing like ‘One Million Boys’; they are criminals. Be assured that government is out to protect you. The police are out there to guarantee your safety and we are doing this in conjunction with soldiers, Navy, Air Force and Department of State Services (DSS) operatives.

“So, we are asking you not to panic. Go about your lawful engagements. When it is time for you to sleep, you should sleep without nurturing the fear that some faceless criminal gangs will come and attack you. Faceless people are sending letters around only to put fears in your mind. We will respond swiftly to any attack and we shall be patrolling round the state,” Odumosu said on Saturday.

He said that the security agencies had been carrying out land and aerial surveillance to ensure the safety of residents during the lockdown imposed by the Federal Government to tackle the coronavirus (COVID-19).

Some of the areas visited by Odumosu and his team of combat-ready policemen include Ikotun, Pako-Ijesha, Igando, Mushin, Surulere, Festac Town, Idimu, Ikeja, Ojodu, Berger, Ogba, Fadeyi, and Onipanu among others.

The police chief gave out emergency numbers to call in case of armed robbery attacks and cautioned residents not to burn tyres on roads because such acts damage and pose health risks to children and the sick.