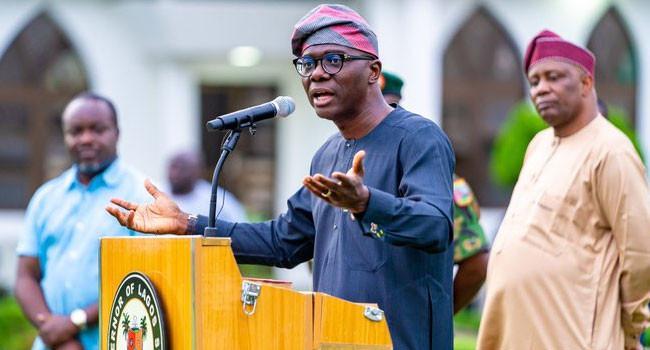 Lagos State Executive Council has approved a downward review of the state’s 2020 budget by 21 percent to help mitigate the economic and social headwinds precipitated by the COVID-19 pandemic.

Sam Egube, the state commissioner for economic planning and budget, who made this known on Thursday at a briefing, said the review brings the budget from the initial N1.169 trillion passed by the State House of Assembly and signed by the governor to N920.5 billion.

The revised total revenue, according to the commissioner, represents a drop of 24 percent from the projected N1,107,029 billion to N812.464 billion.

Egube listed factors that necessitated the review to include fall in crude oil prices with deleterious effects on statutory allocation expectations, slide in internally generated revenue (IGR) and devaluation of the naira.

Others include reduced public and private investment, increased inflation, decline in demand for goods and services and reduction in manufacturing activities, which portends lower gross domestic product (GDP) growth and increased unemployment.

Egube stated that part of the state’s holistic approach to the COVID-19 shock already adopted by the government going forward include maintaining a strong pandemic response, restarting the economy and reimagining the way Lagos State operates.

He explained that with the strong pandemic response, the state government would engender food security and safety net mechanism, economic stimulus, and ensure public safety and wellbeing.

“To restart the economy, we are going to optimise the state’s budget for investments in jobs and priority sectors through job creation, economic stabilisation and fiscal consolidation,” he said.

He said while reimagining the economy, the government will prepare the state to operate and thrive within the new reality with digitisation, business environment reforms, improved economy and diversification of revenue sources.

The Lagos State House of Assembly had in December 2019 passed the N1.169 trillion 2020 appropriation bill. The approved budget contained recurrent expenditure of N457 billion and capital expenditure of N711 billion, showing a strong preference for capital projects at 60 percent.

However, according to Egube, the first quarter of the 2020 budget recorded a performance of 56 percent, about N163.2 billion which in absolute terms is higher than the 68 percent, about N148.3 billion, recorded for the same period in 2019.

Here’s how Unilever performed in the first quarter of 2020