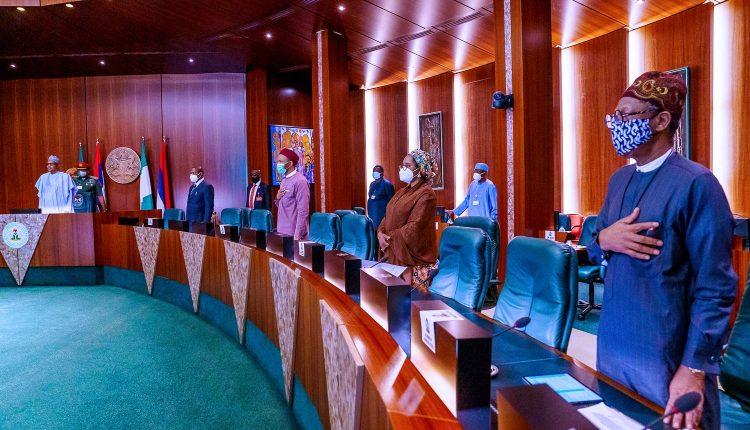 The Federal Executive Council (FEC), on Wednesday approved the purchase of scanners for the Port Harcourt and Tin Can Island ports to fastract ports operations.

Minister of Finance, Budget and National Planning, Zainab Ahmed announced this after the meeting of the Council presided over by President Muhammadu Buhari

The Minister said the contract was previously approved by council in 2018 for the supply and installation of three numbers rapsican mobile cargo scanner.

“These are large size cargo scanners that will be placed in Onne port, Port Harcourt port and Tin Can port. They are scanners that can actually drive containers through. That will fasten inspection and assist the Customs to open containers and do the physical inspection as they are doing now that is causing us a lot of time as well as loss of revenue.

This contract is awarded to a company that is named Messrs Airwave limited and the contract is in the sum of $18.12 million of foreign component, there is also local component of N3. 255 billion inclusive of five percent VAT.

She revealed that the review became necessary in order to accommodate VAT which was not included in the initial contract and also due to dispute that we had arising from exchange rate differential.
” So we have now a resolution and an understanding and FEC approval for this contract to go on”

The scanners are designed to aid effective revenue collection, the features that will screen for narcotics, weapons and undeclared items, they can also dictate arms and ammunition, legal importation and possession of arms and Light Weapons in Nigeria.
“The second memo we presented to council today is for the design, construction and supply of five numbers of fast ballistic reverie assault boats and five numbers patrol boats with all associated accessories in favour of Messre CY West African limited in the sum of N280, 992, 888,75 inclusive of 7.5 VAT.

WEEK AHEAD: Nigeria’s vaccines arrive, Apapa gets off to good start