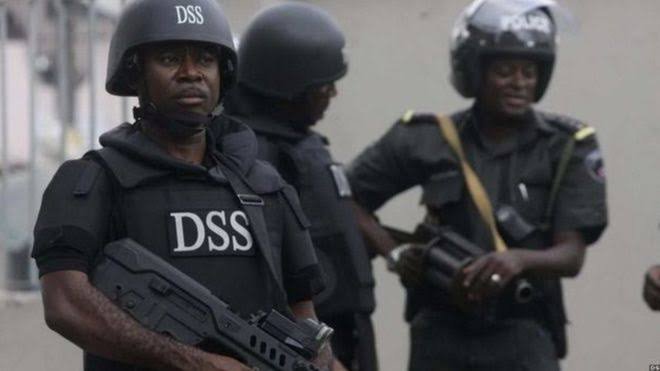 The Department of State Services (DSS) has dismissed reports that its head of formation assaulted a staff of Federal Airport Authority of Nigeria (FAAN) at the Nnamdi Azikiwe International Airport in Abuja following disagreements over breach of security protocols at the airport.

The DSS, in a statement by its public relations officer, Peter Afunanya, on Wednesday said its attention had been drawn to the official release by FAAN that its staff was assaulted by the DSS head of formation at Nnamdi Azikiwe International Airport, Abuja.

“FAAN also accused him of breaching security protocol at the airport. So far, it has not been established that any FAAN staff was assaulted. DSS personnel are well mannered and could not have slapped or fought a worker of another agency. The news, as reported by sections of the media, has left an impression that is not factual and should therefore be disregarded,” Afunanya said in the statement.

He said further that for the record, no DSS staff fought or engaged in any acts prejudicial to discipline or inimical to public safety at the Airport under reference.

He noted that in line with its statutory duties, the Service recognises the airports as one of the country’s most important assets and has remained at the forefront of protecting them and other critical ones. The DSS takes their security seriously and cannot breach it.

“As a strategic partner, the Service holds FAAN and its staff in good esteem. Both agencies have, over time, enjoyed robust working relationship in the areas of training and exchange programmes. For these reasons, the DSS will not join issues with it. It is believed that there are other avenues than the social media to resolve any misunderstanding among staff of two agencies that have had long history of unity of purpose in the execution of their mandates.

“It should be noted that the Service and the DGSS place premium on effective interagency collaboration needed to achieve positive outcomes for good of the nation and citizens.

“The travelling public is urged to go about their normal businesses as the Service, in conjunction with relevant authorities including FAAN, is committed to their safety,” the statement added.