President Muhammadu Buhari has ordered a wholesale audit of key aspects of the Nigerian economy as he seeks a better understanding of the health of Africa’s largest economy following the appointment of a chief economic adviser, BusinessDay has learnt.

The detailed review will involve examination of trade policies, fiscal and monetary policies as well as the institutions that are relevant to these policies.

The audit will cover the past six and half years and the report is expected to be handed in to the president before the end of March.

These institutions and their heads are being contacted to provide input but some of the work will be done through focus group meetings with key stakeholders in the private sector, a government official told our reporters in Abuja. 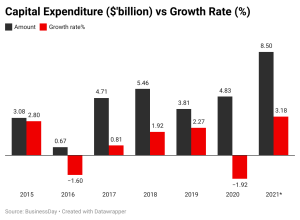 The review will also encompass a value for money audit of the critical area of infrastructure, all with a view to evaluating the short- to long-term impact on the macroeconomic environment as the president seeks to shift focus from mere actions and policies to identifiable outcomes that will be crucial to building a legacy for his eight years in office.

According to senior government officials, the president is keen to unpack policy from regulation, identify areas of misalignment and focus on how his administration can reduce bottlenecks between signals and outcomes.

Read also: Buhari’s elixir – Everybody must farm to save Nigeria

The work is quite huge and BusinessDay understands that consultants will have to be brought in to support members of the Presidential Economic Advisory Council to undertake the task.

On trade, the president seeks an examination of the effectiveness of key policies in this regard and to locate where there have been problems with implementation including those accentuated by policies/goals misalignment. 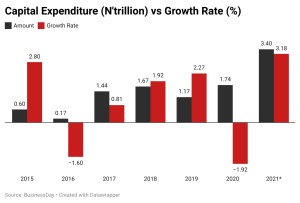 The president is also seeking to know where there have been gaps in areas of fiscal policies and how to ensure optimisation. The study will also involve an evaluation of Nigeria’s huge borrowings to ascertain and measure the productivity gains therefrom.

The review is expected to examine the interventions of the central bank as well as to measure the impact of some of its unorthodox policies. It will focus on seeking to understand the regulatory roles of the apex institution and where there have been conflicts that may have impacted economic growth.

Buhari, who is counting on his government’s massive infrastructural interventions to write his name on the good side of history, now wants to know if this monumental spend can boast of commensurate value, either in direct proportion or via assumed multiplier effects.

The president may have become quite aware that as a leader, time and history are two things that are out of his grasp, with only 386 days until the election of his successor.

In the time left, it is expected the president will seek the acceleration of key economic reforms, some of which have already been approved and others still in the works.

President Buhari assumed office on May 29, 2015, in a blaze of goodwill from home and abroad, but his administration has been defined sometimes by the raging insecurity in parts of the country as well as two economic recessions during which the income per capita of Nigerians was brought down to levels not seen in the last 40 years.

As 2021 came to an end, Buhari mounted a string of visits abroad to attract inward investment and some now see his recent actions as a demonstration that the president believes he can still do something to salvage his legacy.

Threats to SMEs growing in Nigeria

How failure to optimise informal businesses is costing economy