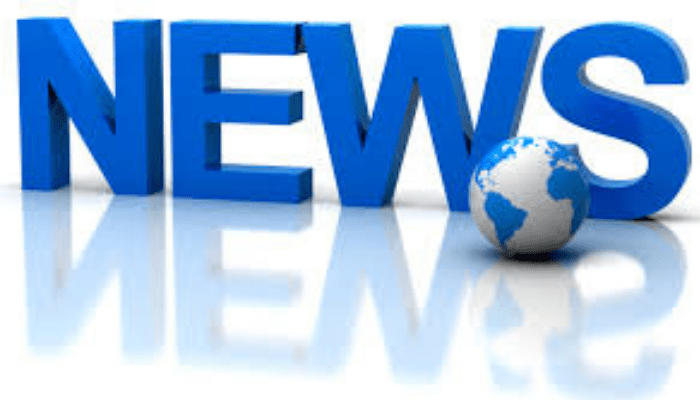 How Nigerians celebrated Nigeria’s 60-years independence
In the relaxation mode given the public holiday and work-free day, Nigerians had mixed reactions to celebrating the nations’ independence as some were either indoors or outdoors. Both domestic and international bodies congratulated Nigeria on her celebration including the Consulate General of the United Arab Emirates, the Queen of England, the Pan Niger Delta Forum (PANDEF) and the Movement for the Actualisation of Sovereign State of Biafra (MASSOB) among others. Although some Nigerians remain hopeful for a better Nigeria, others recognised the nation’s struggles, including the need for restructuring and moral revolution with less reliance on government.
On Thursday, October 1 2020, President Muhammadu Buhari released a statement that lower foreign exchange earnings, internal revenues and 60 percent decline in government revenues stemming from 40% drop in oil prices and steep economic activities, served as rationale for further increasing petroleum prices to survive current global realities of the COVID-induced recession.
The president then compared Nigeria with other oil-producing countries such as Chad, Niger, Ghana, Egypt and Saudi Arabia who charge N362, N346, N326, N211 and N168 per litre. This statement however incurred the wrath and dampened the spirits of many Nigerians who are already reeling in hardships, and faulted his comparison as gruesome since these countries’ minimum wage greatly surpasses Nigeria.

Alongside Nigeria’s Independence, Flour Mills of Nigeria Plc celebrates 60 years of feeding Nigerians
It is thrilling to know that Flour Mills of Nigeria Plc (FMN Group) also celebrated 60 years of feeding growth and productivity in Nigeria’s food value chains on the same day that Nigeria gained her Independence from the British colonial rule, which was 60 years ago, precisely on October 1st 1960.
The FMN Group, which is one of the largest and most successful conglomerates in Nigeria, mills flour, manufactures and sells pasta, cement, fertilizer blending, bags, and other packaging materials. FMN aspires to continue feeding communities, improving infrastructure and empowerment for sustainable food security.

Read also: Nigeria at 60: A Blast from the Past

Stocks slide as President Donald Trump and first lady Melania Trump test positive for Coronavirus
The United States’ President, Donald Trump announced at around 1am on Friday October 2, 2020 that he and his wife tested positive for COVID-19. This is rather unsettling for global stability given the global pandemic and future uncertainties, particularly in the final loop of his reelection campaign, during which he openly disregarded experts’ guidance on preventing the disease’s spread.
This appears to be the most severe known health threat to a ruling American president in decades especially given that he is 74 years and obese, thereby increasing complications risk from the disease which has claimed the lives of over 200,000 Americans and over a million persons worldwide.
Already, within the space of less than 6 hours after Trump’s announcement, USA’s stock market has started dwindling as Dow (INDU) futures drop by more than 400 points, precisely 450 points or 1.6%; S&P 500 (SPX) futures declined by 1.6%, and Nasdaq (COMP) futures were down 1.9%. The US stock futures already started dipping when Trump’s top aide and adviser, Hope Hicks tested positive for the virus this week. Also, Asia Pacific stocks have also slid on the news as Japan’s Nikkei 225 (N225) wiped prior gains with 0.7% decline. Australia’s S&P/ASX 200 was last down 1.5%.

Court fines Senator Abbo N50 million for assaulting woman at sex-toy shop
Remember the video clip of the alleged assault of the female sex-toy attendant by Senator Abbo? Well, on Monday, September 28, 2020, Justice Samira Bature of Maitama’s High Court of the Federal Capital territory (FCT) ruled for N50m damages to be paid as compensation to Osimibibra Warmate, a female attendant at a sex-toy shop whom he had an earlier clash with.
Back in 2019 when the police brough the charge before the magistrate court in Zuba, Abuja, the presiding magistrate, Abdullahi Ilelah, dismissed the case. Nonetheless, Warmate and her legal team persevered to sue Abbo before the FCT High Court where they eventually won the case.

The WhatsApp voice note that led to a death sentence
An intense argument recorded and posted in a WhatsApp group has shockingly given way to a death penalty sentence by hanging on August 10 2020 of Yahaya Sharif-Aminu, a music studio assistant. This was after his family was torn apart as their family house was burnt, making his father flee and Sharif-Aminu to go into hiding before being arrested by Hisbah Corps, the religious police force that enforces Sharia law in Kano state for allegedly insulting Prophet Mohammed, as convicted by an Islamic court in northern Nigeria.
Shariff-Aminu who was greatly admired by his friends as kind, religious and dutiful admitted the charges of blasphemy during his trial but said he made a mistake. His lawyers and advocates from the Foundation for Religious Freedom (FRF), a non-profit establishment said that he was not allowed legal representation before or during his trial in contrast to Nigeria’s constitution.
Despite postponing his case four times and mandatory legal representation by the Sharia court, no lawyer was forthcoming to represent him from the Legal Aid Council, probably due to the sensitivity of the case. In fact, Kano’s state governor, Abdullahi Ganduje, reportedly said that he would sign Shariff-Aminu’s death warrant when the singer exhausted the appeals process.

Togo appoints Victoire Tomegah Dogbe as the first female Prime Minister
On Monday, September 28 2020, Togo’s President Faure Gnassingbe appointed Victoire Tomegah Dogbe as the country’s first female prime minister to about 8 million people. Dogbe has now replaced Komi Selom Klassou who resignedon Friday since being in office from 2015.
Dogbe, a well-respected figure, has held several positions under Gnassingbe’s government in the past 10 years including being his chief-of-staff, director of his cabinet, Minister for youths and grassroots development and working with the United Nations Development Programme (UNDP).
Having taken over from his father who had ruled Togo for 38 years since 1967, Gnassingbe who has been ruling since 2005 despite his controversial reelection in 2019, oversaw the anticipated cabinet reshuffle that was delayed by the unexpected coronavirus pandemic, thereby leading to Dogbe’s appointment.

Simi Nwogugu becomes CEO of JA Africa
Currently the CEO, with 23 years of experience as volunteer, board member and executive director at Junior Achievement (JA) Nigeria, Simi Nwogugu becomes the Chief Executive Officer of JA Africa to be effective November 2020. This landmark achievement signifies new and valuable consulting knowledge, entrepreneurship, leadership and partnerships to promote JA’s education and digital skill development programs.
Born and raised in Nigeria, Simi helped to bring JA into Nigeria in 1999 and is a graduate of Mount Holy-Oke College in Massachusetts and Harvard Business School as well as Goldman Sachs alumna.

ICPC exposes more corruption to the tune of N5.17bn in COVID-19 palliatives
The Independent Corrupt Practices and Other Related Offences Commission (ICPC) has discovered a total of N5.17b in form of COVID-19 palliatives with N2.67bn school feeding funds found in private accounts and another N2.5bn in deceased agricultural ministry staff’s account. In response to this, Buhari reiterates his determination to end corruption in all sectors.
The ICPC is a Nigerian agency that was inaugurated on September 29 2000 following the recommendation of President Olusegun Obasanjo.

Anger, disappointment trails NLC and TUC’s suspension of strike
The Nigerian Labour Congress (NLC) and the Trade Union Congress (TUC) has suspended their planned nationwide protest and strike which was to start on Monday, September 28, 2020, owing to the recent hike in electricity tariff and petrol pump price.
As revealed by the Minister of State for Labour and Employment, Festus Keyamo, through a tweet post on his twitter handle, an agreement was reached by the parties involved to suspend the increased electricity tariff for 2 weeks, while the new petrol price remains unchanged.
This agreement was reached between the Federal Government and the NLC during the meeting that prolonged from Sunday night till the early hours of Monday morning.