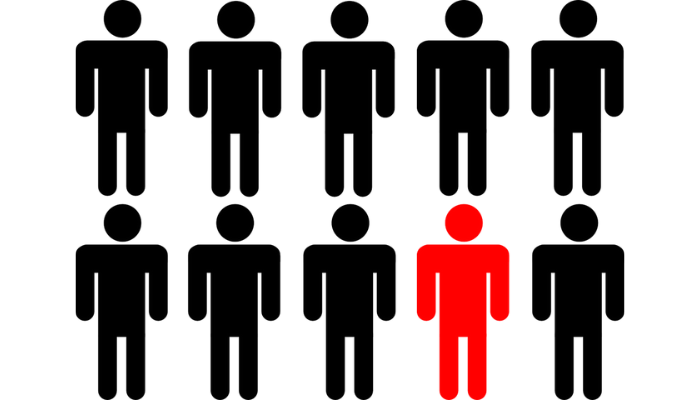 In a world where almost everything is sexualised and virginity is considered old-fashioned, I prided myself that I was still a virgin at 24. I boasted about being a nine months bride. In my circle, being a nine-month bride means you’ll have your baby shortly after your wedding. It was a common occurrence among my friends but unfortunately, my case was different because after Victor and I got married, it was as if the fertility door was shut against us.

For nine years, Victor and I visited several gynaecologists and fertility clinics within and outside the country and they all said there was nothing medically wrong with the two of us. Those were tough times but we struggled to keep hope alive.

Our story was about to change in the 10th year of our marriage when our precious son arrived. Michael came into our lives at a time when we were almost giving up, it was a time when all hope of becoming parents was lost. He was like water on our dry ground. Michael was a sweet and playful baby. Hardly cried or made a fuss like most new babies and everyone doted on him.

I remember the first time he called me ‘Mama’, I was so overwhelmed with emotion that I cried for two days. Each time he smile and said “Mama” my heart just melted. My husband couldn’t understand why I was so emotional until the day Michael called him “Dada”. He didn’t only cry, he was so excited that he flew the three of us out to Seychelles.

Seychelles was meant to be a holiday getaway but I became pregnant on that trip. We were blessed with a set of twin and just as I was trying to catch my breath from the drama of that pregnancy, I became pregnant again and had another set of twins. My quiver was full. One would have expected all the attention to shift to the sets of twins but that didn’t happen. We still loved Michael specially. After all he was our miracle baby, he paved the way for his siblings to come so his place could not be contested. Infact, close family members nicknamed him the ‘womb opener’. Our years of waiting was finally over and I was a very happy woman.

Fast forward to several years later, our children were grown up and doing well in their respective fields but Michael our little angel had become a monster. He was hooked on drugs and was involved in every unthinkable vice.

He attended the best schools and even studied in an ivy league University abroad yet he was constantly picking on his siblings who didn’t have such privileges as him. He got a car when he turned 18 and by the time he was 21, he began to learn the ropes of his father’s business. Being our miracle baby wasn’t an excuse to raise a brat. We tried to raise him to be responsible but instead he picked up shameful habits, some of which I cannot even write here.

Michael’s greed escalated when he became privy to his father’s net worth. At this point he began to try everything he could to get rid of him. Luckily his plans were foiled on many occasions and this aggravated him even more. There was so much hate in him for all of us especially his father. Our angel had become a demon and this really broke my heart.

I became very sick and was hospitalized because I had constant panic attacks. My children were with me at the hospital but my biggest joy was when Michael came to see me. He looked sober and was really sorry for all the trouble he had put us through. I was happy to see my son. I could understand how that father in the Bible felt when his prodigal son returned. My son was back and nothing else could make me happier.

My health improved drastically and our family was once again peaceful. Michael became a totally new person and took on the roll of the good son and dotting big brother. My husband and I could now relax because this was an answer to our heart’s cry.

The next few years were fine until Micheal got involved in a fatal car accident that left him with a broken neck and fractured spinal cord. It was painful to see my son confined to a wheelchair.

I was shocked and couldn’t understand how the accident happened because all our cars had recently undergone a maintenance check. This was something we did from time to time. In the past we would take the cars to a particular maintenance company until one of its staff, Mr Sadiku left to start his own garage. He was a good man and his services were cheaper, so over time he had been working for my family.

Mr Sadiku was about the same age as my husband but life had been tough on him so he looked much older. My husband and I treated him kindly because he was loyal to the core. We also supported his business as best as we could so he sort of felt indebted to us because of our largesse and care towards him and his family. When he had problems with his recalcitrant son Sodiq, we were able to help him out because we could relate with the situation. Victor and I were able to get Sodiq off the streets to join his father’s business.

Back to my story. After making a mental note of somethings, I still could not understand how Michael’s car would have a brake failure. It didn’t sound logical at all. I would have suspected foul play but I trust Mr Sadiku too much. Victor and I couldn’t bring ourselves to arrest him because he had a clean track record so we had to accept what happened as an act of fate.

One morning after Michael returned from the hospital, we were woken up by Mr Sadiku and his son. It was not a business visit and they insisted that Michael had to be present. This was strange. Victor and I have known him for as long as we’ve been married and he wasn’t one to act strangely. Michael was in pains and he was uncomfortable, he has reasons not to be at this meeting but Mr Sadiku was insistent. My husband and I were curious and eager to get to the bottom of what was going on so we instructed Michael’s nurse to bring him to us albeit grudgingly.

Surprisingly, it was Sodiq that got up to speak and not his father. He expressed his gratitude to Victor for helping him get off the streets and giving him a new lease on life. Well, that was old news, what we wanted to know was the reason for the meeting.

Sodiq continued to recount so many things that Victor and I have done for the Sadiku’s. Heartwarming reminders those were, but I was losing my patience. My son was uncomfortable and all this long talk was getting irritating. He had his physiotherapy session that morning and the Sadiku’s were wasting everyone’s time.

Suddenly, Sodiq brought out his phone and stared playing voice recordings of what sounded like conversations between him and Michael. There were a lot of such recordings because they were done over a period of two years or thereabout. It turns out that Michael had approached Sodiq several times, asking him to get his guys from the streets to get rid of his father. I could not believe my ears.

We were beyond shocked. I still wonder how I managed to comport myself without passing out while listening to my own son as he plotted to execute his own father. Here we were thinking that Michael had turned a new leaf, little did we know that he was working behind the scenes plotting evil.

There was even more. Michael had recently offered Sodiq a large sum of money so that he could tamper with the brakes of his father’s car. When he realised that Sodiq was not going to budge, he decided to approach a staff at the Sadiku garage. Unfortunately for Michael, he met someone who had constantly benefitted from Victor’s goodwill. The staff was infuriated and decided to tamper with Micheal’s brakes instead.

Mr Sadiku had summoned his workers after Michael’s accident, it was while asking questions that one of them owned up to deliberately causing the malfunction in Michael’s car. He said he had to do something because of the pressure from Michael. He had to do something or else Michael would get his father killed one way or another. So the Sadiku’s wanted to know if Victor would like to press charges.

Press what charges? After hearing the recordings from Sodiq’s phone, it was obvious that there was no stopping Michael. What the staff at the garage did was wrong but I have to say he did us a favor anyways.

While all this was going on Michael couldn’t do anything but cry and plead for forgiveness. How can a child have so much hatred for his parents? Why will a child want to cause so much pain to the people that love him? All we have ever done as parents was to love and support our son. We loved him recklessly. He was our miracle baby but unfortunately he never wished us well.

My husband looked at me and without saying anything, I understand what he was thinking. Michael had created a lot of mess that must be taken care of but first of all we had to tell him know that he was our adopted son.