Seyi Shay started off the night by telling the audience what inspired the Big Girl album. She shared with the audience the journey that led to this album and how she has spent the past few years growing, learning, meditating, and finding her inner peace. This album is significant to Seyi as it tells the story of her journey to becoming a ‘Big Girl’ and it is one of evolution. She also expressed how she isn’t afraid to express all the emotions; Fear, Fearless, Joy, Sadness, Pain, Growth, and Evolution that have led her to this important moment.

Seyi interacted with Bella Adeleke in a conversational manner throughout the night as well as the guests. The listening consisted of snippets of the entire album as well as acoustic renditions of ‘Big Girl’, the album title, ‘Let me know’ and ‘By You’. These tracks were well received with one of the guests asking if there would be an acoustic version of the album, they were certainly crowd favorites. 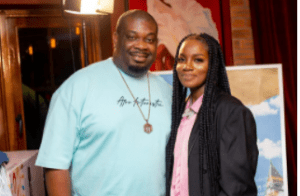 Her voice was as euphonious and powerful as ever as she performed. It was evident that she revelled in the opportunity to perform and reconnect with friends, fans and music enthusiasts. The audience bopped their heads in agreement, showing that they enjoyed the music along with her.

The album listening wouldn’t be the same without some popular faces in the audience. Popular music producer and Mavins Records owner Don Jazzy was in attendance. He showered Seyi with praises and reinforced that she is a force to be reckoned with in the industry.

Powerful women in music and media like Omawunmi, Nancy Isime, Bolanle Olukanni were also in attendance and showed their unwavering support for Seyi amongst many others. It was truly a night of loving sisterhood and “Big Girl” vibes. 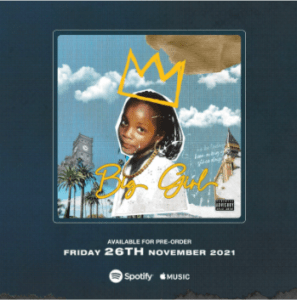 The event was sponsored by Baileys and everybody in attendance enjoyed the delicious drinks served. The brand is an avid supporter of women and sisterhood, and has consistently supported Seyi Shay’s ‘Big Girl’ journey this year.

The Big Girl album is available for Preorder now and set to release on Friday December 10th. It has the making of an award winning album as some recently recognized Grammy nominees worked on the project, including 4 time Grammy nominated record producer Kel P. This includes his two recent nominations at the 2022 Grammy awards for Wizkid’s ‘Made in Lagos’ and Angelique Kidjo’s ‘Mother Nature’ albums. In addition, Dro the engineer also earned a Grammy nomination for his work on the ‘Made in Lagos’ album. 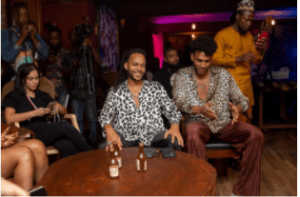 Get ready to enjoy the melodious songs and Big Girl anthems that the audience enjoyed very soon!

Interview with the producers of Binti

What tenants do not know about Lagos monthly rent