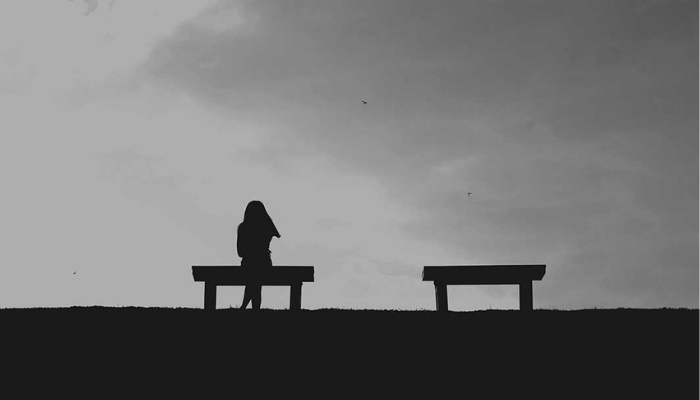 I married Craig because I thought he loved me but now I regret it. We were friends as teenagers and I never noticed that he was a control freak.
Growing up, I had self-esteem issues and I thought I was not good enough… that no boy would like me. So when he asked me out I thought ‘Wow, someone actually wants me!’. He was my first and only boyfriend.

Within a year of our marriage, he started treating me badly, acting like he was in control of everything — and he was. If I had known what he was really like, there is no way I would have married him. From the moment I married him, my life changed. He wouldn’t let me go out with my friends, he wouldn’t let me have my own bank account and he even tried to control what I wore every day. He controlled everything about me and it made him feel good.

I think he now hates the things he used to love about me. For example, I’ve got a very loud laugh and sometimes I snort. He used to think it was very cute, but now, if I laugh loudly or snort, he gets angry and tells me that I’m embarrassing. He is always telling me that I embarrass him.

One time, we went with our kids for a party at his friend’s house and I was treading on eggshells all the time, trying not to say or do anything that he would find embarrassing. It was really exhausting. At some point during the party, I was playing games with other parents and children while my husband watched on. When I looked at him and saw ‘the look’, I knew I had to stop. He made an excuse for us to leave the party. He couldn’t wait for us to get home before raining insults on me. His outburst was disgusting.
When we got home he continued going off at me, accusing me of flirting and calling me names. Mind you it was ok for him to hang out with his female co-workers but it’s different rules for me.

After several years of getting ‘That Look’ from him, I stopped going to any social events with him to avoid any confrontation or his bad behaviour. He went to his social functions and work parties alone. He went out and came home when he felt like it.

Craig never laid a hand on me but the fear, the anxiety, the intimidation, the hurt and the violation of myself as a person was there every time he had an outburst.

Read also: ‘A woman alone has power but collectively women have an impact’

One of my friends asked me, “He treats you appallingly, why do you stay with him?” She made a great point. Why do I stay with him? Well, the truth is that I can’t leave right now. I have no money of my own; I don’t even have a bank account of my own. I have nothing.

My sister and a few of our friends recently helped me by setting up a bank account where they throw in cash for me from time to time. I’m calling it my “escape money.” I really appreciate my younger sister for initiating this for me because she doesn’t make much money herself — but at least her husband is kind and understanding and not controlling.

I’ve been thinking alot lately and I have come up with an idea of how best to raise more money for myself. My plan is that when our youngest child starts school, I will tell Craig that it’s time for me to get a job. He will probably kick against it and tell me he doesn’t want me to work but I’m going to stand my ground this time.

I’m not exactly a spring chicken anymore so getting a job might be tough but I’m willing to give it a try.
Craig said from an early time in our marriage that he doesn’t want a wife who works, he wants a wife who will be at home with the kids, well, I’m tired of being his door mat. I am tired of living my life on his terms.

This is not the life he promised me. I can’t take it anymore. I summoned courage and told him to stop treating me badly because I won’t be able to put up with it forever. He scoffed at me and called my bluff.
He doesn’t think I will ever leave him.

I doubt if Craig ever loved me. I wonder why he married me. Why does he treat me so bad? Does he regret being with me? Why did he change after our wedding? So many questions racking my brain, no answers to ease my pain. I feel so emotionally drained. Sometimes, I don’t even know who I am or what I live for anymore. I need to figure out what I really want and I know that I can’t do that with Craig in my life.

I’m starting to work on my plan of escape, no matter how long it takes me. I am planning for my future- me and the kids. I’d rather be alone and happy than be married and miserable. The journey ahead might be rough but I’m willing to take that path.