Fast and luxurious: Three of the world’s best jets in 2022

Possibly even more enjoyable than the destination is the journey when flying in one of these luxurious private jets.

Some of these private planes may have historically been owned by royalty, but others are simply new additions to the fleets of expensive yachts and luxury cars owned by various billionaires. 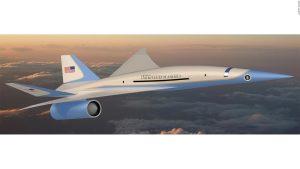 The $660 million US Air Force One is the first aircraft to land on our list of luxurious and most expensive private jets.

Air Force One, the world’s most expensive private jet, is owned by the United States Air Force and features not only a comfortable bedroom and offices, but also an onboard medical center and a conference room.

Technically, “Air Force One” is used to designate any Air Force aircraft carrying the President, but it is now standard practice to use the term to refer to specific planes that are equipped to transport the Commander-in-Chief.

This 800,000-pound 747 has 4000 square feet of space and a kitchen that can prepare up to 2000 meals per flight and feed 100 people at once. Its advanced technology system protects all devices from electromagnetic pulses.

Capable of refueling midair, Air Force One has unlimited range and can carry the President wherever he or she needs to travel. The Air Force One is equipped with advanced secure communications equipment, allowing the aircraft to function as a mobile command center in the event of an attack on the United States. 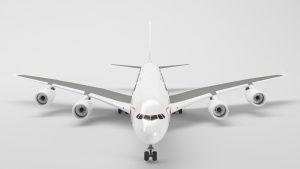 Next in line, the Airbus A380, owned and flown by Alwaleed bin Talal, Saudi Arabia’s Prince is the largest passenger aircraft ever built, as well as one of the heaviest, weighing nearly 1.3 million pounds.

The 550-square-meter aircraft valued at $600 million has been lavishly outfitted with its own concert hall, Turkish bath, garage space, and even a stable for transporting horses and camels. Not to mention the exquisite throne of the Prince and a prayer room that rotates to face Mecca from any direction.

The A380 airbus also known as the flying palace has a top speed of 1,050 km/h and a flight range of 15,700 kilometers, which is enough to fly nonstop from Riyadh to New York.

The third most expensive private jet in the world, the Airbus A340-300, belongs to Russian billionaire Alisher Usmanov.

Thanks to its quiet cabin and comfortable onboard atmosphere, the A340 aircraft is typically reserved for long-haul flights. The A340-300 has a range of 13,699 kilometers, or roughly the distance between Moscow and Tokyo, and a top speed of 915 km/h.

In addition, this lavish private jet, which is larger than President Vladimir Putin’s personal aircraft, has lush interiors with buttery soft leather seats and large bedrooms.

Usmanov spent an additional $170 million on interior decoration to meet his exacting standards on top of the initial price tag for the aircraft. It is a long-range private aircraft with a range of 13,699 kilometers, or roughly the distance between Moscow and Tokyo.

A saint and a sinner

The Benefits of Aligning Your Personal and Business Branding