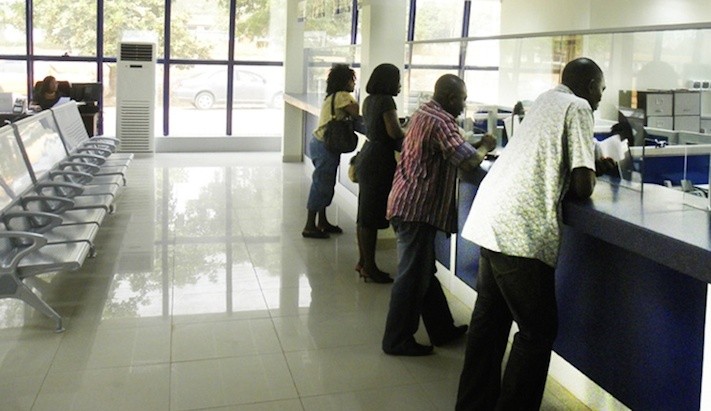 Nigeria’s Deposit Money Banks (DMBs) increased it executive staff strength by 36.67 percent in 2020, a year many companies laid off workers due to the impact of COVID-19 pandemic.

The banks applied the first principle of management, which is survival according to Uju Ogubunka, president, Banks Customers Association of Nigeria (BCAN).

Following the period of the pandemic, which affected many individuals and businesses that patronise banks, Ogubunka said banks had to focus on how to survive, and to achieve that remained the responsibility of the executive staff and not the junior workers.

The executive staff members constitute the leadership of the bank, which can think outside the box to take the decision that would move the bank forward.

The banking sector report released on Monday by the NBS revealed that senior staff strength declined by 4.39 percent to 17,381 in the fourth quarter of 2020, compared to 18,180 senior staff in the corresponding period of 2019.

Banks sacked 12.24 percent of its contract staff during the period under review. Consequently, the contract staff strength declined year-on-year to 39,798 in Q4 2020 from 45,350 in the corresponding period of 2019.

In terms of credit allocation, banks’ credit to the private sector rose by 2.56 percent to N20.37 trillion in the fourth quarter (Q4) of 2020, the year that was bedevilled by the impact of Covid-19 pandemic.

The National Bureau of Statistics (NBS) on Monday released the banking sector report, which shows that total value of credit allocated by the bank stood at N20.37trn as of Q4 2020. Oil & Gas and Manufacturing sectors got credit allocation of N3.93trn and N3.19trn to record the highest credit allocation as at the period under review.

The reason for growth in banks’ loan book was as a result of the implementation of the Loan to Deposit Ratio (LDR) policy of the Central Bank of Nigeria (CBN).

Reacting to the development, Akintunde Olusegun, analyst at Polaris Bank Limited, said one major driver of the banking sector credit growth was the CBN’s push for banks to increase lending to the real sector of the economy.

He said banks tried an additional stream of income in order to cushion the effect of low interest regime on government securities in two quarters last year.

The CBN in October 2019 raised the Loan to Deposit Ratio of banks to 65 per cent, after the September 30, 2019 deadline given to the banks to meet its 60 per cent directive. However, the regulator extended the deadline of the 65 percent LDR to March 31, 2020.

On the e-payment space, a total volume of 3,464,811,083 transactions valued at N356.47trn was recorded in Q4 2020 as data on Electronic Payment Channels in the Nigeria Banking Sector revealed.