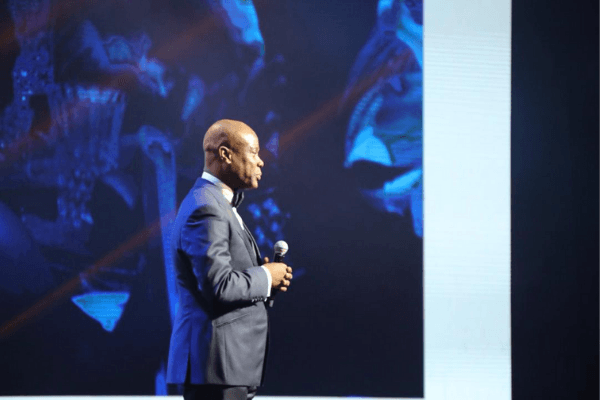 One of the many realities that the digital transformation has brought to the financial services sector is the change of status quo where business has to be done differently with particular focus on what the customer thinks. The old ways of doing things is no longer going to be good enough, hence the need for a new strategy, new roadmap and new alliances.

The Access Bank merger with Diamond Bank is one testimonial that a new order is setting in the Nigerian financial services landscape and players have to brace up.

The 30th of March 2019 marked the conclusion of the Access Bank merger with Diamond Bank with a glamorous celebration. At the event, the Bank recapped all the proceedings that have occurred in the last few months as it privately navigated the merging of its business assets with Diamond Bank and presenting a new united identity.

The Bank also unveiled its new logo and visual identity that retains the old typeface and font but changes the logo itself to combine the characteristic triple chevron and diamond symbol of both banks into a new logo that projects stability and progress. With this new merger completed, the bank can finally get to work serving its new 29 million strong customer base.

Before moving on from the merger, it is important to take a moment to deconstruct the news around the merger. Traditionally, mergers are only announced at the very end of negotiations and proceedings, even though granted, news of this kind is hard to suppress and rumours would naturally swirl for months before anything is made official. On this occasion, both Banks chose to make early pronouncements about the merger while the actual terms were discussed privately. Indeed, every other part of the merger process was transparent, press talks were held regularly with both CEOs allowing the media to be an active part of the process.

For this route to work, the banks did something unexpected, they began to take on joint projects as a demonstration of how well they worked in practice. The Lagos City Marathon was their first dual project and this year’s success and bigger cash prize was a flex on naysayers who felt having Uzoma Dozie and Herbert Wigwe double bill would create a sense of confusion among customers. There was also the Women’s Month celebration culminating with the annual ‘W’ conference. The ‘W’ Conference was especially important as a good percentage of itinerant entrepreneurs in the country are women, and they are often ignored when corporate organizations make efforts to reach customer audiences.

The new Access Bank has presence in 11 countries and customer base that includes 29 million people, about 10 per cent of the national population. However, its challenges are many even as it remained committed to its sustainability initiatives.

Now that the merger has been successfully concluded with minimal haemorrhaging of customer base or goodwill, it begs the question, when will the rest of the financial services industry catch up?

The Access Bank merger has prioritized sustainability as a key feature of the agreements and has already shown enthusiasm to implement with the issue of the Green Bonds even before the merger was concluded. Interestingly, in communication, ideas and execution, the Bank is offering a show of strength. It is time the rest of the financial services industry pay attention.