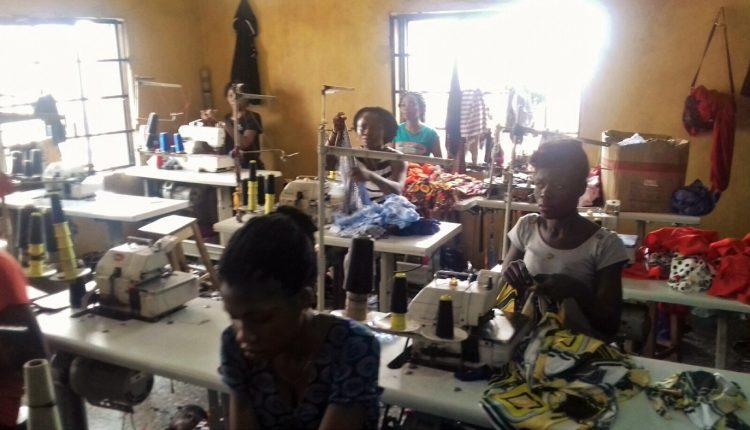 Since the outbreak of the novel coronavirus (COVID-19), countries around the world have experienced pressure in various forms. Apart from the strain the virus has placed on the health sector around the world, it has also affected countries economically, politically and socially. It has neither spared governments’ fiscal status nor the incomes of low and middle- class citizens.

All economies—developed, emerging or frontier—have experienced slump in one form or the other. Developed economies have created buffers to curtail the harsh effect of the virus on economic and commercial activities. The United States is already seeking additional $250 billion to complement $350 billion earlier budgeted as relief fund for small businesses in the country. The loans are meant to keep the economy running and jobs intact. The loans are easily forgiven if there is evidence of using the money to keep workers on the payroll rather than laying them off.

Several emerging markets have not been that lucky as they do not have such war chest except they borrow from multilateral agencies.

Principally, the micro, small and medium scale enterprises (MSMEs), which account for 90 percent of all businesses in Nigeria and contribute 50 percent to the GDP, seem to be the worst hit as they have been forced to restrict and in some cases suspend business operations.

“The best thing for me to do is to sack two out of three of my workers after this lockdown,” Daniel Jackson, a small business owner, who produces leather shoes, said.

Jackson, who has not opened his Lagos factory since the partial lockdown almost two weeks ago, complained that he had not been able to recover some of the debts owed him and had not paid his workers.

Owolabi Mercy, a Lagos-based entrepreneur, who deals in bags, shoes and clothing items, told BusinessDay that since the outbreak she had nothing to sell as her suppliers would not pick their calls.

Obviously, there will be mass closures post-Covid-19, but some nations will recover quicker than others, analysts say.

In 2016, the Nigerian economy went into recession with the federal government imposing a lot of restrictions on businesses. Consequently, 272 MSMEs, including manufacturing firms, were forced to shut down that year, with 180,000 jobs lost, according to a survey jointly done by NOI Polls, the Manufacturers Association of Nigeria (MAN) and Centre for the Studiesof Economies of Africa.

Predictions are that the number might be three to five times higher this time.

A national survey of MSMEs conducted by the National Bureau of Statistics (NBS) in 2017 shows that the country has 41.5 million MSMEs scattered across various sectors. The data also affirm that about 73 percent of these MSMEs fully engage in wholesale and retail trade activities with China as a principal partner while about 43 percent of the medium scale enterprises engage in manufacturing activities. But many firms also shut down.

Unemployment in Nigeria, now world’s poverty capital, is 23.1 percent.  The number may run into 30+ after the pandemic, analysts say.

Covid-19 is cutting short lives and businesses with some firms not sure of recovering after the pandemic.

Businesses are not in operation and even those allowed to operate experience low product demand.

Nigeria is set to borrow $6.9billion from multilateral lenders to provide liquidity for the economy and counter the negative impacts of the virus.

Analysts are urging the government to ensure that part of the funds go to the MSMEs who have created more than half of jobs in the economy.

Bongo Adi, a Lagos-based economist, said this is a bleak period for many companies especially the MSMEs as no country has been able to arrest the virus.

He said that the impact of the pandemic was beyond what the MSMEs would handle and said government must create palliative measures.

“The MSMEs cannot solve this because this is not a normal challenge. Their supply and logistics have been cut off from various sources so there is nothing they can do,” he added.

In addition, for a country like Nigeria, which is heavily reliant on oil, the virus has instigated a pendulum-like movement on oil price which hovers around $32 per barrel (Brent). The over 20 percent drop in oil, which accounts for almost 90 percent of foreign exchange earnings, as well as about half of federal government revenue, has implications for the economy which could result in another recession and even stronger implications for manufacturers and traders that need Forex for their business activities.

“The best bet is for government to provide six to nine percent loans to SMEs at a tenor of three to four years,” Ike Ibeabuchi, a manufacturer, said.

“This should not be taken lightly like other things we do in Nigeria. It is serious, otherwise we will be courting a big unemployment disaster that will have a ripple effect,” he advised.

Questions hang in the air as to how the country will make a rebound after the pandemic which is yet to be arrested, especially as major drivers of economic growth have been greatly affected.

Already the Central Bank of Nigeria (CBN) during its last Monetary Policy Committee (MPC), stated that the outbreak of the pandemic had affected economic activities and will dampen the growth of the economy for the year.

“On the domestic front, available data on key macroeconomic variables indicate the likelihood of subdued output growth for the Nigerian economy in 2020. Based on the current downturn in oil prices, staff projections indicate that output in the 2020 would be less than earlier envisaged,” Godwin Emefiele, Governor, CBN said

Although the apex bank introduced some palliatives and stimulus packages for businesses to curb the impact of the virus, there are concerns on currency stability and disruption to global supply chains.

Due to the growing number of cases in Nigeria, the federal government has directed that Lagos, Abuja and Ogun State be placed on total lockdown to curtail the pandemic. There are indications that it will be extended. This inevitably will further trigger a negative demand and supply shock to the economy and cause a hike in the prices of essential goods. Analysts say it will do a lot of damage to the economy, particularly small businesses. But they add that fighting the virus should be the number one priority of every country and bailing out business should be the next.

US evacuates 997 Americans from Nigeria amid COVID-19 pandemic

Academic Entrepreneurship: Creating the right framework for Economic growth in…

The conversation that revealed Sanwo-Olu and Hamzat came…