Hijab, Malcolm and the sanctity of Supreme Court judgements 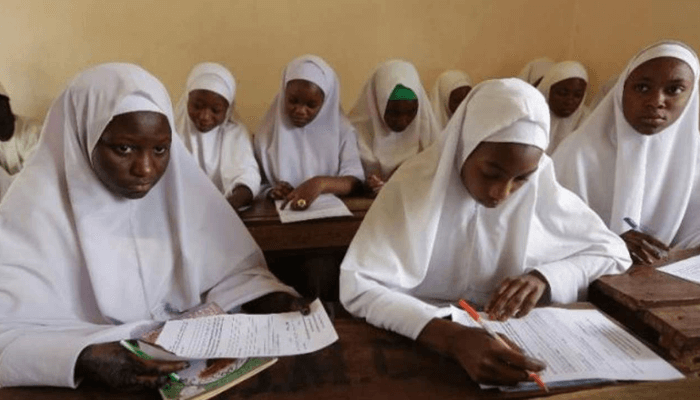 In the last couple of weeks, the Supreme Court of Nigeria has been in the eye of the storm with some of her judgments subjected to public scrutiny and criticism. The most recent was the one involving Lagos state government and two young girls over the wearing of Hijab to schools.

In a judgment delivered on 17th June 2022, the Supreme court affirmed the decision of a Court of Appeal Lagos, which removed the ban on the use of Hijab in public schools in Lagos State. The apex court in a split judgment of five-to-two, held that the appellate court was right in its verdict nullifying and setting aside the judgment of a Lagos High Court that banned female Muslim students from wearing the Hijab (head covering veil) with their school uniforms. It subsequently dismissed the appeal brought by Lagos State for lacking in merit.

Not satisfied with an earlier decision of the appeal court, Lagos State had in an appeal marked SC/910/2016, approached the apex court to reverse the lower court’s decision. The Court of Appeal had on July 21, 2016, set aside the judgment of Justice Onyeabo on the grounds that the ban on the use of Hijab by female Muslim students in public schools in Lagos State was offensive

According to the five-man panel of Justices of the appellate court led by Justice Ali Gumel, the use of Hijab was an Islamic injunction and an act of worship which did not constitute a violation of the appellants’ rights.
The suite was instituted by two 12-year-old girls under the aegis of the Muslim Students Society of Nigeria, Lagos State Area Unit. The plaintiffs/respondents had approached the High Court to challenge Lagos State’s decision to deny them the right to wear Hijab to school.

If their Lordships at the Supreme Court thought the court judgment would bring final end to the matter, they were wrong as several individuals and organizations have risen to speak for and against the controversial judgment While majority of Muslims faithful applaud the judgments, their Christian counterparts condemn it

Welcoming the judgment, the Muslim Students Society of Nigeria (MSSN), Lagos State Area Unit gave a 30-day ultimatum to the Lagos State Government to issue a circular approving the use of hijab in Lagos schools. The student body, which gave the ultimatum during a press conference addressed by the Amir (president), Miftahudeen Thanni, explained that issuing the circular would curb “overzealous” teachers and principals from contempt of court. But the president, federal capital territory Baptist conference, Rev. Dogara Gwana, said the verdict of the Supreme Court upholding the wearing of Hijab in Lagos schools was not well-received by Christians. Gwana, during a press conference at First Baptist Church, Garki, Abuja said schools with Islamic roots still maintain their tradition while it was not so for those with Christian roots.

Quote: We can disagree with the decisions of the Supreme Court, but we must respect them coming from the highest court in the land

Among the legal practitioners, there is no consensus on the merit or otherwise of the Supreme Court judgment. In fact, the reaction to this latest Judgment by some lawyers who ought to know better has been very intriguing. Led by Malcolm Omirhobo, a self acclaimed human rights lawyer, some human rights lawyers have not only condemned the judgment and the Justices of the Supreme Court for performing their judicial duties, but displayed a kind of comedy within the Supreme Court premises in Abuja. On Monday June 27th, Malcom put on what he called his spiritual mode of dressing combined with the lawyer’s outfit.

Read also: Hijab: Oyo did not alter policy on freedom of religion

In condemning the judgment, Omirhobo said:
“….It is sad and disturbing that the Justices of the Supreme Court failed to see how our public schools will look if students from white garment Church family background like Celestial Church of Christ and Cherubim and Seraphim Church sew their uniform in sutana style covering all their bodies from the neck to toe with cap to march and go to school barefooted because it is a Christian injunction and an act of worship required of them?….I appreciate the fact that the judgment of the Supreme Court is final and must be complied with nevertheless I find solace in the fact that the Supreme Court do reverse her decisions when it finds it expedient to do so especially after it has erred in an early decision and this case is one of such occasion,” he said.

However, Abdulrasheed Ibrahim, a notary public, disagreed with Omirhobo’s assertion, criticizing him for acting as if he (Omirhobo) was “more knowledgeable than the learned Jurists of the Supreme Court. Said he: “Every lawyer that has serious knowledge of law will agree that it is part of our jurisprudence that it is not the duty or business of the court to go outside the facts and issues place before it to resolve. This self- styled human right activist needs to be asked whether (to borrow from his words) any member of “white garment Church family background like Celestial Church of Christ and Cherubim and Seraphim Church” has approached any court in the land to complain of being denied or disallowed to wear “their uniform in sutana style covering all their bodies from the neck to toe with cap to march and go to school barefooted because it is a Christian injunction and an act of worship required of them”? “It is not the business of any court of competent jurisdiction including the Supreme Court to deal with issues that are not placed before it. If there was no such complaint before the Supreme Court, why did the Chief Omirhobo expect the Apex Court to deal with the issue not before it? I dare say that Chief Omirhobo’s assertion is nothing but an argument that does not hold water. To further demonstrate his sentiment and hypocrisy, he resorted to playing to the gallery by walking into the Supreme Court premises few days later barefooted and in lawyer outfit combined with juju worshipper’s attire and went to sit alone in the courtroom seeking for media attention.

“If the scenario he displayed was truly to make the Supreme Court to reverse its decision that was not the best way to achieve that. He should have done that when he actually has a case listed on the cause list of the Supreme Court or any other court in the country to announce his appearance with such attire and see whether he will be granted audience by the court. In the alternative, he should have arranged some of his children or grand children or some of his clients’ children to put on traditionalists’ attires and proceed to school to see if the school authorities will allow them into the school premises or be allowed into the classrooms.

“If they are disallowed, he can easily file action in court (as done the young Muslim lady whose right to wear hijab has been affirmed by the Apex Court), then Chief Omirhobo and his clients can travel along the same route so as to prove a strong point that their children equally have the constitutional right to wear such attires to the school since he has asserted that the Supreme Court must reverse itself.

“Chief Omirhobo needs to make a move to develop our law on the rights of the traditionalists to where their attires with their school uniform. If the late Alhaji Abdulganiy Adetola Kazeem (SAN) of blessed memory could set the ball rolling to achieve this on behalf of female Muslim students, I see no reason why Chief Malcolm Omirhobo cannot initiate similar move on behalf of the traditionalists willing to exercise their fundamental rights under the law, Abdulrasheed stated.
Irrespective of one’s point of view, the fact remains that the Supreme Court is the highest court in the land and the sanctity of its judgment ought to be respected.

But that does not mean that its decisions cannot be criticized. One can disagree with a Supreme Court’s judgment, but it must be a healthy debate. Even academic critics can take up the matter when decisions are given. As would be expected, in every judgment, anybody is entitled to give a comment or criticism of the judgment, so long as the criticism is intellectual, fair and not abusive or it does not amount to an attack to the persons of those judges.

As Abubakar Bararabe Mahmoud (SAN) once said “a judgment is a public document, it exhumes the wisdom and the legal pronouncement of the court. So you can make comments so long as it does not amount to a verbal or an unguided attack on the persons of the justices of the Supreme Court. You are entitled to your opinion but the Supreme Court remains the final court, as a final court not because they are not infallible but they are final and they are infallible”.

Therefore, we must remember that the legal profession is not a profession for lawyers and judges alone. What lawyers and judges do with the practice of law, affect the lives of fellow citizens. These people are the ones who tell us the outcomes of what we do so that we can change direction to where we are going.

In my view, we can disagree with the decisions of the Supreme Court, but we must respect them coming from the highest court in the land. We do not need to begin to call judges names or abuse them over their judgments. If we behave decently to the judges, they will understand and accept criticisms of their judgments in good faith. If there are allegations that certain judicial officers have compromised their positions, such allegations should be directed to the appropriate quarters. The National Judicial Council (NJC) is there to take all complaints and deal with the allegations appropriately. If anyone is found guilty, he or she is sanctioned according to laid down rules. Indeed, that is the practice all over the world and Nigeria shouldn’t be an exemption.