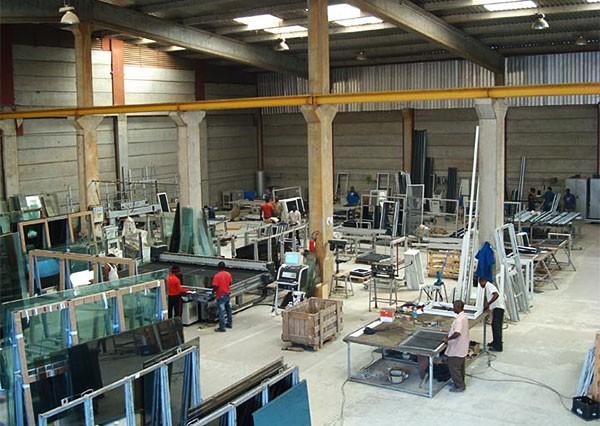 The last two pieces drew attention to how improper uses of funding and protectionism have stalled Nigeria’s industrialisation efforts over the years. This week’s piece examines how abandonment of worthy industrial policies has halted the country’s industrial prosperity, stalling it from transmogrifying from the current primary stage of development to the secondary stage.

In other words, it focuses on policy inconsistency as one major clog in the wheel of Nigeria’s industrial progress. Nigeria has never been short of industrial policies. After Independence, the then Nigerian government came up with the Import Substitution Policy, with a view to reducing over-dependence on imports, creating a high number of local jobs and saving the foreign exchange. This was seen as a diametrically fantastic policy that was targeted at transforming the country from an agrarian to an industrial economy. But the policy failed because the British did not prepare Nigeria for industrialisation, according to a paper written by two researchers, Gabriel Aza Nyor and Dodo Ayuba Chinge. Without bias, economic historians aver that the British colonialists merely paid attention to agriculture, which was supplying them with essential raw materials needed in their overseas factories. But on the flip side, this launched Nigeria into the global market as a strong agro nation. As of 1960s, Nigeria was world’s biggest producer of palm oil, accounting for 45 percent of global output. The country was also a major exporter of cocoa and rubber to the rest of the world.

However, the Import Substitution Policy crashed because early policy makers, like the current ones, believed that protectionism was a cure-all for the country’s fledgling economy. An apparently young country pursuing an industrialisation mission thought it wise to start barring importation even when some of its industries would need foreign raw materials. Inevitably, this policy died a natural death and was replaced with the indigenisation policy. This later policy, also known as the Nigerian Enterprises Promotion Decree, was meant to transfer ownership of firms operated by foreigners to Nigerians.   Foreign firms were limited to certain businesses to allow locals to thrive and set up industries. More so, it was pursued as part of the then government’s development plan of 1970-1974. More than 1,000 hitherto foreign-owned firms were handed over to the locals. This policy attracted a lot of criticisms and was marred by corruption. Many Nigerians became suddenly rich and bought shares of several enterprises through the back door.  Some fronted for foreigners who were still silently controlling the businesses. However, it was a major set-back because of poor management and obvious lack of local skills to run those enterprises. Chibuzo Ogbuagu, a former assistant professor of Political Science at the University of Pennsylvania, Philadelphia, the United States, postulated that the policy was merely predicated upon the feeling of economic and political nationalism and that economic efficiency might have been compromised because of a strong surge of nationalism.

It was later amended in 1977 to limit the number of companies an individual could have control over and streamline the type of businesses that would be done by foreigners. It must be admitted, however, that these two policies, which coincided with Nigeria’s first and second development plans, raised a bar for Nigerians and encouraged the rise of several industries and supporting infrastructure. Such  industries like Ajaokuta Steel Complex, Aluminium Smelter, Delta Steel and many textile and palm oil firms sprang up within this period, making Nigeria an industrial giant. Kainji Dam and Ughelli Thermal Plant, among other infrastructure projects, also sprang up during this period.

Two development plans preceded the Structural Adjustment Programme (SAP) introduced by the self-acclaimed civilian president, Ibrahim Babangida. But before SAP, the foundation laid earlier had been shaking, as crude oil had become the new darling.  Even with oil glut and fluctuations in the crude oil market, policy makers and leaders had committed less money to research and development, while allowing companies to die due to high production costs and interest rate.

The SAP liberalised trade, and encouraged privatisation and exports. But it also ushered in unbridled importation of cheap and sub-standard products. In a liberal market, players must be fair. But this was lacking as local manufacturers could not compete partly because of high cost of production and influx of cheap goods. Also, there was no protection for infant industries which, like children, needed protection.

The result of an off and on policy flip-flops was that manufacturing growth rate fell from 11 to 3.5 percent in 2009 while capacity utilisation in industries followed the same trajectory, falling from 70 to 34 percent, according to the Central Bank of Nigeria Bulletin. As the cost of production was rising, the government introduced Cargo Tracking Note, raising production costs higher. The Manufacturers Association of Nigeria (MAN) said in 2009 that 839 firms shut down that year. Within this period, policies on automotive industry, palm oil, rubber, cocoa and other non-oil export products were never implemented religiously.

Here is the policy part. These firms shut down because governments after governments had fluctuating import and export policies. Import duties were unilaterally relaxed or lowered by some regimes without due consultations with all the stakeholders. Export policies were inconsistent. The Export Expansion Grant (EEG), which was targeted at raising the competitiveness of Nigerian products at the global market, had been suspended five times by 2009. By 2013, it was suspended again, putting a lot of firms who borrowed from banks in jeopardy. Firms had borrowed from banks to process their exports on the hope that the government would, as promised, give them incentives. But the government in 2013 suddenly suspended it. The EEG is not a Nigerian thing. It is the tool used by China to dominate the export world. Several other countries are providing it to their exporters to make them competitive. But up till now, it is yet to be reinstated, though a lot of processes have been undergone by exporters, including approval by both houses of the National Assembly.

The level of policy failures in recent times has been worrisome. Think about the cassava bread policy, which has now died a natural death. The Goodluck Jonathan administration, which promoted it, did not follow it through and those who invested money into cassava production with an eye on that policy might have lost a lot of money.

Consider the Automotive Policy, which was sincerely meant to enable Nigeria make its own cars at cheaper rates. Today, the policy is not implemented, though government officials make it seem otherwise. The 2013 National Automotive Policy imposed 35 percent levy and 35 percent duty on imported vehicles, amounting to a total of 70 percent.

Even with 70 percent fees paid on imported vehicles, importers of damaged or ‘accidented’ vehicles officially enjoy a rebate of 30 percent. What this has done is to encourage the importation of rickety vehicles, which make up 70 percent of imported cars today.

The age of most imported used cars in Nigeria is 15 years, whereas that of Algeria, Angola, Chad, Mauritius and Seychelles is three, according to a research done by PwC’s Andrew Nevin, partner  and chief economist at PwC Nigeria.

This has kept most car assemblers out of business. The prohibitive levy and duty paid on imported cars have encouraged smuggling of vehicles into Nigeria. Officially, market for cars in the country is just 6,999 as against 555,716 in South Africa; 181,001 in Egypt; 168,913 in Morocco, and 94,408 in Algeria.

But hundreds of thousands of vehicles come into the country each year. So, of what merit is the policy?

Finally, the Goodluck Jonathan administration had genuine technocrats willing to industrialise Nigeria, though some players took advantage of loopholes in the policies to make money. But the 2013 National Industrial Revolution Plan (NIRP) represents Nigeria’s most comprehensive industrial policy since Independence. Where is that policy, prepared by experts from reputable global and local institutions, including UNIDO? Like others before it, major sections of that policy have been abandoned and left in the shelves by the current Muhammadu Buhari administration. Assuming that investors banked their investments on that policy, what happens to those humongous investments?

Sustaining your mental balance in life