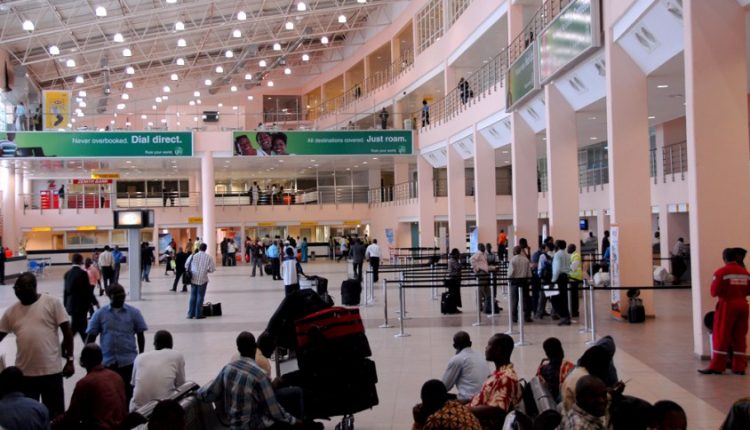 Following the unfortunate airside incursion at the Murtala Muhammed International Airport (MMIA), Lagos today, July 19, 2019, the Federal Airports Authority of Nigeria (FAAN) has suspended indefinitely the Aviation Security unit heads who were on duty when the incident occurred, pending completion of on-going investigation into the regrettable security infringement.

In the interim, Anne Enyinnaya-Egbadon, General Manager of the Authority, has been detailed to take charge of security at the airport. Other affected officers have also been replaced.

The current arrangement is aimed at ensuring an efficient and thorough investigation towards the recovery and sustenance of the airport’s proactive security integrity.

An unidentified man, carrying a bag disrupted flight operations at Murtala Muhammed Airport II, after climbing on wings of the aircraft few minutes to take-off.

A viral video showed a man who looked ‘insane’ climbing the wing of the aircraft with a bag and tried to access the aircraft.

FAAN views this breach as a serious security concern and has commenced investigation to ascertain the remote and immediate causes of this incident to forestall future occurrence.