Passengers to pay more at Easter on shortage of aircraft 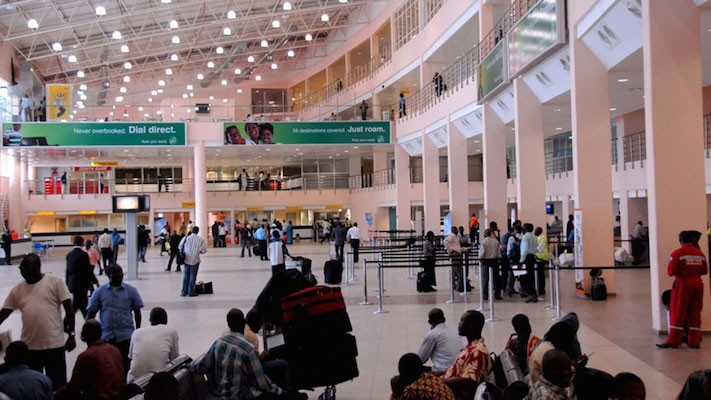 People who plan to travel to see families and friends this Easter holiday may be in for some difficulty as flight delays, cancellations and fare hike are expected due to shortage of aircraft in operations.

During the COVID-19 lockdown that lasted about five months, airline operators had over 120 planes parked, and a few months after flights resumed, over 50 percent of these aircraft are due for maintenance, forcing operators to either park them or take them out for compulsory maintenance.

The absence of Maintenance Repair Overhaul (MRO) facilities in Nigeria means that operators must to take their aircraft to other countries for maintenance every 12 to 18 months, and some of these countries are still under COVID-19 lockdowns, making it difficult for operators to get their planes back when due.

Easter which is one of the peak seasons for airlines and a period they are supposed to make up for revenue loss during the pandemic may see many operators struggling with tight schedules and routes rationing in a bid to accommodate as many passengers as possible.

Experts say this may not go down well with passengers whose flights may be delayed or cancelled as airlines struggle to feed several routes using the fewer fleet at their disposal.
BusinessDay’s checks show that out of five aircraft, Dana has two out on maintenance.

Azman Air has been forced to ground all three planes after the Nigeria Civil Aviation Authority (NCAA) suspended its operations following several incidents.

For Air Peace, the largest carrier in Nigeria, 20 out of the 30 planes in its fleet are out on maintenance.

“We are not alone in this; all the older airlines are experiencing the same thing. The only airlines that may not be having these challenges are the new airlines because they are just starting, but old airlines are all doing C-checks,” said Allen Onyema, chairman of Air Peace.

Onyema had disclosed that Air Peace has about 20 of its aircraft out for maintenance, but because of the effects of COVID-19, most of the countries where these planes were taken are in various levels of lockdown. As a result, the pace of work on these planes has been slow, adding that this has shrunk its capacity for local and international flights.

He, however, assured that by the end of July, all Air Peace planes on maintenance would have been brought back.

This sharp drop in aircraft fleet is causing a rise in airfares. Few weeks after airfares dropped in the Nigerian market, tickets have once again risen sharply on the domestic routes with most airlines charging over N55,000 for a one-way ticket, against N25,000 sold a month ago.

Most of the seats on frequently visited destinations such as Abuja, Lagos, Port Harcourt and Owerri between Friday and Sunday are “sold out”.

Sam Adurogboye, general manager, public relations, Nigerian Civil Aviation Authority (NCAA) who declined giving out data on the number of aircraft out on maintenance, told BusinessDay the agency is there to regulate airlines and ensure they remain in business and not to regulate them out of business.

Adurogboye hinted that divulging information as sensitive as this “would make the flying public become troubled.”

He, however, confirmed to BuisnessDay that several airlines currently have their aircraft out of the country for maintenance and because several other airlines across the world have also taken their aircraft on maintenance, Nigerian airline operators have to wait for their ‘slots’.

This slot arrangement, he said, has seen many airlines temporarily parking their aircraft in their home country (such as Nigeria) to avoid paying huge sums as parking fees in other countries while they wait for their slots.

He said the situation is affecting most airlines, so they have to cut down flight schedules.

“Once an aircraft is due for maintenance, that plane has to be on ground because NCAA would not compromise safety. We have a manual for all the planes. So airlines must cut down activities so they don’t over flog the aircraft,” he said.

Nigerian air travel in the time of pandemic