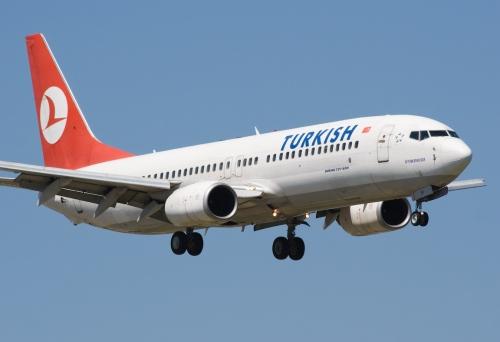 The Nigeria Labour Congress (NLC) has said it will not hesitate to mobilize the weight of the entire Nigerian workforce to the premises of Turkish Air, Air Peace and Bristow Helicopters if its demands to reinstate sacked workers in these organizations are not met within two weeks.

The NLC in a letter signed by Ayuba Waba, its National President, condemned the recent sack of 69 Pilots by Air Peace, 100 Pilots by Bristow Helicopters and the National Union Association Transport Employees (NUATE) union executives working with Turkish Airline describing the move as highly insensitive, callous, and unjust.

The NLC in the statement said, “The unilateral sack of executive members of the National Union of Air Transport Employees (NUATE) working with Turkish Airline is particularly distressing. These workers were sacked for fighting for the rights of Nigerian workers in Turkish Airline.

“This is very reprehensible. We wish to remind Turkish Airlines that unionized workers cannot be punished or sacked for participating in trade union activities. This action is aimed at frustrating unionization in Turkish Airline and to enslave Nigerians working with Turkish Airline.

“The anti-labour practices in Turkish Airline constitute fundamental infractions on our Constitution and labour laws and a gross disrespect to Nigeria. Section 40 of the 1999 Nigerian Constitution guarantees freedom of association including the right to join and participate in the activities of trade unions.

“Furthermore Section 12 sub section 14 of Nigeria’s Trade Union (Amendment) Act 2005 provides for voluntary membership of trade unions and stipulates that no worker should be victimized for joining a trade union or participating in the activities of a trade union. We posit that the sack of NUATE executives working with Turkish Airline violates their human and trade union rights.

On the case of the sacked pilots and other categories of workers by Air Peace, the NLC said it was unfortunate and the management of Air Peace has fully exploited the atmosphere of industrial tyranny in Air Peace which forbids workers from joining trade unions to strike this fatal blow on the livelihood and career of the sacked workers.

“We deplore the offering of poor workers as the sacrificial lambs by unscrupulous business owners. During the good times, workers were the hands that created the profit and wealth. During bad times, we expect businesses to repay the faith and commitment of the workforce. As was done to the financial sector, we urge the government to immediately release palliative support to the aviation industry.

“Clearly, we have a bumpy road ahead of us as the nation and the world recovers from the fallout of Covid-19. Workers are ready to play their part towards the restoration of full productivity and industrial normalcy but that can only be achieved in an atmosphere of mutual respect and sensitivity. Nothing else would suffice.

“We also call on all workers to understand that these are dreary times. Workers must take the issue of the defence of their rights seriously.

“Workers should insist on their rights to join unions. This is a safety valve. No employer is allowed by our laws to intimidate workers out of their constitutionally guaranteed rights to join trade unions.”