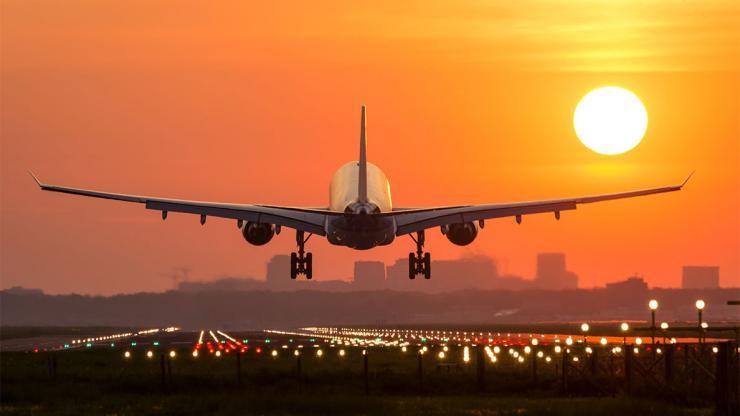 Players in the travel, trade and airlines sub-sector have been charged to improve on technology deliveries in order to remain relevant post Covid-19 era.

The Nigerian Civil Aviation Authority (NCAA) and the Federal Airports Authority of Nigeria (FAAN) have also been called upon to enhance technology for the new international protocols on check-in procedures for air travellers in a bid to improve the turnaround performance of airlines.

Speaking on Friday at the Sabre Africa Network Webinar conference with the theme: ‘Understanding Travel Complexities Post-Covid-19:”, views from the Stakeholders,’ panelists urged stakeholders in the travel and aviation sectors to increase their technology performance to be able to compete in the new era.

Participants at the conference said without technology and dissemination of adequate information, the recovery level of air travel in the country would be slow when compared to other countries around the world.

Gbenga Onitilo, Country manager, Cabo Verde Airline, lamented that the advent of coronavirus had reduced capacity for airlines by over 90 per cent, while about 30 million people are directly and indirectly unemployed globally as a result of the pandemic, but noted that the crisis had compelled the need for innovation on business environments.

Onitilo explained that the global travel sector would never remain the same post-Covid-19 virus until vaccines are developed to combat the disease, regretting that the countries with the highest number of tourists like United States, United Kingdom, Italy and a few others are mostly impacted by the pandemic.

He noted that as a result of the lockdown, numerous countries’ Gross Domestic Products (GDPs) were affected, emphasising that the travel sector thrived only on buoyant economies.

He further explained that airport performance would determine airline’s turnaround performance and said while the world was aware of latest developments in other aviation countries; the same could not be said of Nigeria as yet.

On resumption of flight operations, Onitilo explained that no airline would operate beyond 40 to 50 per cent capacity and expressed doubt about the preparation of Nigerian airports towards post-Covid-19 era.

He said: “We are not going to return to pre-Covid-19 era again in the way we do our businesses. So far, we have about 600,000 deaths globally, which has brought changes in human interactions. A lot of air travellers are bothered about aviation and the possibility of contracting Covid-19 onboard aircraft.

“Everybody is now innovative about taking the business to their customers and even, the airlines are having a lot of shifts. The travel sector can never be the same again until you have the vaccines, which may come in the next 18 months. People have lost jobs and thousands of people are redundant. The protocols of airlines to ensure safety will determine the travel for the future.

“Airports will determine aircraft turnaround and not the airlines alone. We don’t know the pre-checking procedures in our airports. Dubai International Airport has embarked on automation process for air travellers, yet, we don’t have information from FAAN and NCAA.”

Also, Abiola Bakare, Sales Manager, Nigeria, Air Cote D’Ivoire in his submission expressed optimism that the travel industry would return to the pre-Covid-19 era in the next two or three years.

Bakare said Air Cote D’Ivoire had put in measures to facilitate passengers’ check-ins at all the airports it’s operating from, including Nigeria.

Like Onitilo, he stated that the advent of the virus would put change to air travel businesses, but noted air travellers would only patronise the sector when they are sure of total safety.

Bakare charged air operators to be ingenious and think out of the box in order to compete post-Covid-19 era, stressing that it was time the operators worked with Travel Management Companies (TMCs) for improved delivery to clients.

He also called for harmonised health certificate for all travellers worldwide, saying that people would not travel if they would be isolated for 14 days in any country.

“Going on 20 days holidays and having to spend the first 15days in isolation will not be worth the while,” he stated.

“Covid-19 has come to stay here with us and may end up like a way of life just like malaria, yellow fever and others in Africa. For Air Cote D’Ivoire, passengers would need about three hours to go through the check-in. Even, FAAN in a statement said passengers should expect delays at airports.

“Air Cote D’Ivoire is putting in a lot of measures to enhance safety in its operations. We will be able to return to pre-Covid-19 pandemic in the next two to three years. People are willing to travel inasmuch as the airports are safe. We are embarking on aircraft sterilisation,” he added.

He called on travel agency practitioners to equip themselves with more relevant information and charged government to release more necessary information on new procedures to the body for easy transition.

She added: “The government should stop thinking that we as travel agents will come to ask them for money. What we need is international standards in our operations for the country. People want to travel, but are also careful about safety.

“Nigeria airports should emulate what is happening around the world. We can’t be an island. We need to be a part of global travel community. Government should carry along the travel agencies in review of procedures they are putting in place.”

Faddy Bazzi, managing director, Bazzi Voyage, appealed to some of the employers in the sector to be cautious on laying off their workers.

Allen Awosikunde, Senior Vice President Sabre Network, West Africa, pointed out that 60 per cent of air travel would return in the nearest future, but said most of this would be business travels.

In a statement tagged: ‘We’re in this Together, Helpful Resources for the Aviation Industry,’ he said Sabre provides services to travel agencies, corporations, airlines and hotels, amongst others.

Earlier, Hannah Ogunsulire Director of Operations at Sabre, in her opening remarks, decried that the travel industry had been heavily impacted in recent time, while jobs are being lost regularly.

She hoped that with adherence to international standards on safety, the sector would return stronger.

Merciless Obaseki and the liquidation of ‘OshoBourdillon’