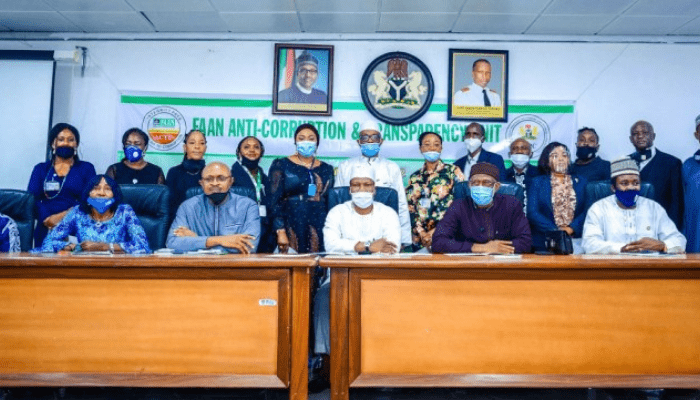 At an inauguration/induction ceremony held at the Conference Center of Murtala Muhammed Airport, Lagos, Rabiu Yadudu, the Managing Director of FAAN, stated that corruption constitutes an unusual and extraordinary threat to national security and socio-economic development of Nigeria.

Commending the efforts of President Muhammadu Buhari led administration at curbing the menace of corruption and its attendant effects in Nigeria, Yadudu emphasised that FAAN as an organization under the Federal Ministry of Aviation have taken steps in ensuring the implementation of various anti-corruption measures one of which is the ACTU that is being inaugurated.

Assuring the Chairman ICPC of Management’s commitment towards the success of the Unit, he charged members of the Unit to be of exemplary conduct and maintain personal integrity at all times in the discharge of their duties.

There were goodwill messages from the le Minister of Aviation, Chairman ICPC and Head of Civil Service of the Federation, who took time to encourage the newly inaugurated team to always be of high ethical standards and show leadership by being above board in their daily conduct.

Also, there were three paper presentations by officials of ICPC, all harping on ACTU as a tool for fighting corruption.

The event, which was well attended by stakeholders in the industry, climaxed with the inauguration of the newly inducted FAAN ACTU members.