Explainer: How rising costs push Nigerian airlines to near collapse 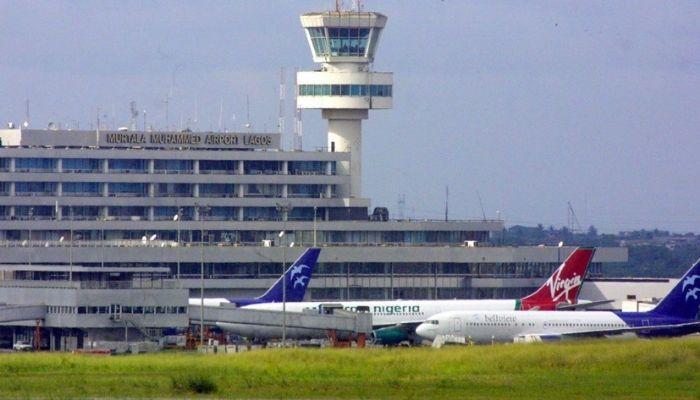 The suspension of flight operations last week by two major domestic carriers in Nigeria, Aero Contractors and Dana Air, was the latest sign that many airlines in the country are struggling to survive amid rising operating costs.

Aero Contractors cited the impact of the challenging operating environment on its daily operations as the reason for the suspension.

Dana Air was suspended by the Nigeria Civil Aviation Authority (NCAA) because the airline was no longer in a position to meet its financial obligations and to conduct safe flight operations.

Nigerian airlines are grappling with operating costs such as taxes, surcharges and maintenance costs, which have risen because of the scarcity of foreign exchange. Airlines carry out most of their activities in the US dollar, which is selling over N630.

The aviation fuel crisis, which began in late February and deteriorated further through the months of March to May, has further worsened and is currently threatening the ability of airlines to continue operations, with the price of JetA1 rising from N200 in December 2021 to over N400 per litre in February. Currently, the price has skyrocketed to over N800 per litre.

Nigeria’s domestic airlines are struggling to get the forex they need to acquire their spare parts to maintain their aircraft. This is a major influence on how quickly a grounded aircraft can be fixed and restored to its flight schedule, which in turn has a huge impact on the schedule reliability of the domestic airlines.

Another challenge is the closure of the domestic runway (18L) of Murtala Muhammed Airport, Ikeja, which began on July 8 and would last for 90 days.

The operators say the additional 30 minutes taxi time to the apron forced on the airlines by the closure of runway 18L cause the airline an additional 10-15 percent more fuel costs per flight.

Obi Mbanuzuo, chief commercial officer of Green Africa, told BusinessDay that airlines fix prices of tickets after considering variables such as cost of operation, level of competition, each individual airline’s strategy and how much the market can pay.

For cost of operations, he said, airlines fix prices with considerations on whether the aircraft is wet or dry leased or owned by the operating airline.

“Each aircraft model has differing maintenance costs based on manufacturers’ intervals for heavy or C/D checks. Newer aircraft are more reliable and break down less often than older ones and also have longer maintenance intervals (up to 48 months for B737 Max compared to 18 months for older B737s ) so the maintenance cost is usually lower,” Mbanuzuo said.

BusinessDay’s findings show that with the current exchange rate and increase in aviation fuel, which currently cost about N800 per litre, airlines operate a B737 aircraft for over triple that amount.

Average fuel consumption on a Lagos-Abuja flight takes nothing less than 8,000 litres, and at N800/litre, airlines would be paying N6.4m for fuel alone, apart from taxes, staff payment and service charges, among others.

This means, for airlines to realise cost of operations on a B737 aircraft carrying an average of N200 passengers, the airline would have to charge an average of N60,000 for each passenger on a one-way flight.

Olumide Ohunayo, an aviation analyst, told BusinessDay that it is a trying time for the industry as Dana and Aero were both grounded at a time when the airlines are seeking forex and fuel prices are surging.

According to Ohunayo, the inability of foreign airlines to repatriate their funds has put stress on the naira tickets in the international route.

He said the government needed to address foreign exchange crisis and mitigate the continuous rise in fuel price.

He said: “Not having a refinery for aviation fuel has held us down in this situation. The government can however assist and work on the taxes associated with airline operations. This would help reduce the cost a bit. The airlines, on their part, cannot continue to run a subsidised system at the expense of safety.

“A fuel surcharge, ranging between 25 to 40 percent, would be charged depending on the routes and the removal of five percent NCAA fees. It is better for them to operate profitably instead of them to struggle in operations.”

He said the roads have become unsafe, making many passengers opt for airlines as the only mode of transportation.

According to him, there will be an aggregate effect on the economy if the government does not work on the variables, from insecurity to the forex crisis and fuel shortage.

“It is a very trying time that all these are happening. We need to resuscitate this industry. We need to bring down the fuel price and increase the operating hours of the airport,” he said.

Sindy Foster, principal managing partner at Avaero Capital Partners, said in a bid to mitigate the effects of rising costs, airlines would have to increase prices to not only afford fuel purchase but also afford to buy dollars at the parallel market rates.

“Spare parts and maintenance costs are often in dollars. So, the lack of dollars and high cost of dollars will inevitably affect the speed with which airlines can repair aircraft and the cost of those repairs,” Foster said.