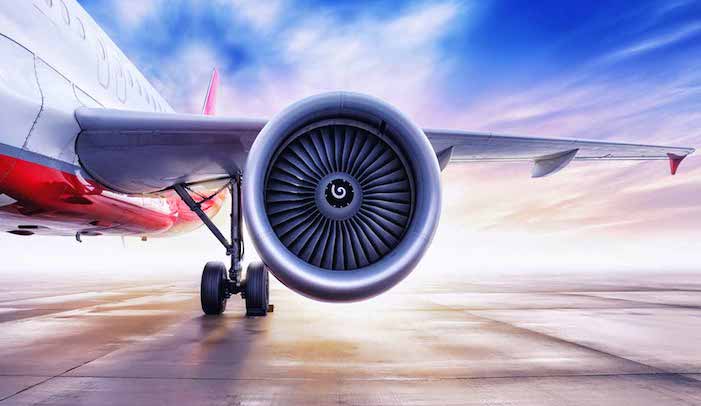 Two months after the resumption of domestic flight operations and a few days after the restart of international flights, airlines are still battling with the impact of COVID-19 on their margins.

As a result of the reduction in passenger traffic, most airlines have since reduced flight frequencies, yet prices of air fares have remained the same. These realities are affecting the top-lines and bottom-lines of airlines.

As the federal government develops cold feet towards supporting the local carriers in Nigeria, against what obtains in other climes, domestic carriers have continued to do all they can to stay afloat, and are investing hugely in keeping lavatories safe and clean for passengers.

Local carriers, even before COVID-19, had built capacity to cater for growing passenger traffic and operating international flights.

Following the take-over of Arik Air by the Asset Management Corporation of Nigeria (AMCON) in February 2017 and injection of N1 billion, the airline has shown some signs of stability with the return of nine of its aircraft, sustaining both local and regional operations. But this is not yet recovery,say analysts.

Air Peace is, however, the most stable of the airlines, and it is not by accident that the airlines accounts for about 40 percent of the 2018 total passengers on the local front.

Air Peace placed a firm order for 10 brand new Embraer 195-E2 aircraft. The order comprises purchase rights for another 20 E195-E2 jets and 124-seater jet in dual class and 146-seater jet in single class configurations. With all purchase rights exercised, the contract is valued at N640.5 billion ($2.12 billion) based on current prices.

The carrier also ordered 10 brand new aircraft from Boeing, increasing its fleet size then to 37 aircraft. With the new order, Air Peace’s fleet size has increased to 67.

Air Peace had earlier set a domestic record as the first Nigerian airline to acquire and register the Boeing 777 aircraft in the country. Three of the four wide-body aircraft it acquired for its long-haul operations to Dubai, Sharjah, Johannesburg, London, Houston, Guangzhou and Mumbai have so far been delivered.

Olumide Ohunayo, an aviation analyst, told BusinessDay that during the lockdown, what determined the power of carriers world-wide was the ability to support the industry, their country, and the economy and, most importantly, the health sector in providing supplies.

Ohunayo noted that carriers all over the world converted the scheduled passenger carrier into cargo aircraft and some improvised as cargo aircraft, so as to convey health materials and services in the COVID, adding that Nigeria was not an exception and the only airline that flew our flag was Air Peace.

He recalled that Air Peace lifted supplies from China, evacuated citizens and non-citizens of the country such as the Israelis, Indians and Chinese and was able to do it successfully.

“As it is today, Air Peace is the only airline that is ready to take international partners and it is an area we need to look at. We have an airline on ground and this airline can take on the rest of the world.

“Air Peace as an airline has built capacity and equipment over time that can comfortably beat its chest when it comes to operations within the domestic and western region and the international market.

“The systems and processes need to be worked on. Air Peace should begin to look at passengers beyond their point of destinations and for this to happen, they need a partner airline. In doing this, they need to be sure of the system and processes in place and be confident that their clients will not come back to sue them,” Ohunayo further said.

Adewale said this flag carrier also supported the aggressive distribution of Covid-19 medical materials, stressing that Air Peace operated like the ‘National Carrier’ during the high and dreadful days of the pandemic.

“Industry experts can also note its technical partnership with reputable aircraft maintenance firms in Israel and USA. Indeed, Air Peace has a robust Spare Part Storage with good replacement plan and procedures in place,” he added.

Opportunities that abound for airlines

Experts say although opportunities abound for local carriers during this pandemic, the government will need to help the airlines leverage these opportunities.

Ohunayo explained that immediately the government came up with guidelines for resumptions of international flights, which included restricting entry points, reduction in frequencies and not approving some foreign airlines coming into our airspace, there was supposed to be an opportunity for Nigerian operators on the European route to take advantage of.

Ohunayo regretted that these opportunities that abound now are being blown away because the government of Nigeria refused to use some aero-political means to get its airlines in one of these routes.

“I feel so bad that we are losing these opportunities and I hope the government can use this opportunity to support our airlines to operate on the international route. It is time to do that,” he added.

On his part, Adewale hinted that the risk appetite of many top-rated foreign carriers has been tempered by Covid-19 and the resultant strategic control of entry point and frequency allowed opens up a new vista of opportunities for capable domestic airlines.

Adewale noted that with the assistance or support of the federal Ministry of Aviation, local airlines could code share with these foreign airlines and ‘feed’ them or take up opportunities for potential slot increase through a partnership deal that is supported by the Ministry in order to meet up huge market demands in and out of their countries.

“For example, Delta has huge traffic and backlog into Nigeria till Dec 2020. Delta could partner a domestic carrier with capacity to access more slots and frequency into Nigeria to meet this huge demand. This is possible with negotiations that are supported by the Federal Ministry of Aviation,” he said.

Experts have also observed that no matter the strides made by local carriers amid the impact of COVID-19, if the government does not support them, some local airlines may close down in a few months.

According to Ohunayo, Nigeria needs more airlines on the international route that can strongly carry its flag, saying that the way the government can do this is to support Air Peace that is already doing international flight.

“When a domestic airline starts international flights, that airline automatically becomes your flag carrier. This was reflective of the recent report on countries without flag carriers. Nigeria was not on that list despite our do or die attitude of having a national carrier. Once you designate an airline to fly an international route, it becomes your flag carrier. It deserves all the support you are giving to your unborn national carrier. This is what is lacking in Nigeria.

“Air Peace deserves all the cover including safety, security, diplomacy, aero political and every other cover that is needed. Again, the ministry of aviation and all other ministries must ensure all charter flights involving Nigerian government and Nigerians be led and moved by Nigerian carriers.

“That is a way of opening access to market for them and exposing them to other countries just as Air Peace made use of that effort during the COVID. I also expect that we will start to look at the Fly Nigeria Act again and begin to put a stage by stage process or implementation,” Ohunayo said.

For Seyi Adewale, Air Peace needs space to build its own hanger within the Lagos airport, adding that the government, through its responsible agency, can make this a possibility with terms and conditions that are business friendly.

Adewale also suggested that support grants to local airlines should be made accessible to Air Peace quickly and timely, as this will enable the local airlines retain their important staff, continue with growth and development programmes, train and retrain, and run efficiently without the burden of debt overhang.

He also suggested that the government should continue with its reciprocity initiatives and execute or renegotiate BASA that supports local airlines to begin to benefit from the economic and commercial traffic rights that it intends. “Nothing should stop or limit Air Peace from this benefit into other lucrative international routes,” he said.

John Ojikutu, a member of an aviation industry think-tank group, Aviation Round Table (ART) and chief executive of Centurion Securities, told BusinessDay that the federal government should open either Lagos or Abuja to foreign airlines and any other airport from Port Harcourt, Kano, and Enugu.