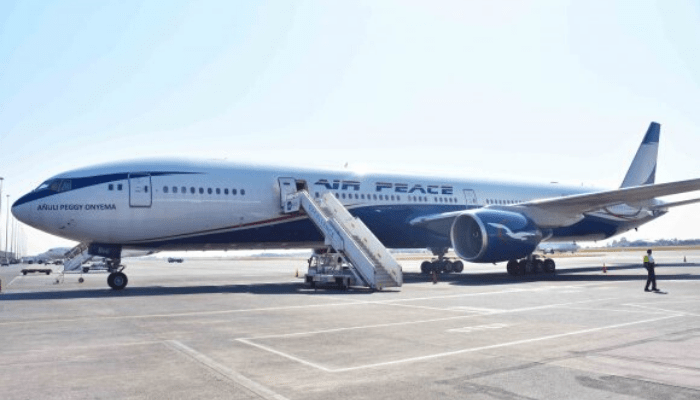 The importance of safety in the day to day operations of an airline cannot be overemphasised. There are lives involved in every operation of an aircraft; therefore safety must be the number one priority for airlines in all aspect of air transportation.

Aviation safety is a state of an aviation system or organization in which risks associated with aviation activities, related to, or in direct support of the operation of aircraft, are reduced and controlled to an acceptable level.

It encompasses the theory, practice, investigation, and categorization of flight failures, and the prevention of such failures through regulation, education, and training.

It is for this reason that countries put in place regulations and agencies to monitor the operations of airlines to guide against practices that could compromise safety and put the lives of passengers in danger.

For instance, the Nigeria Civil Aviation Authority, (NCAA) is the regulatory body for aviation in Nigeria, which became autonomous with the passing into law of the Civil Aviation Act 2006 by the National Assembly and assent of the President of the Federal Republic of Nigeria.

The Act not only empowers the authority to regulate aviation safety without political interference but also to carry out oversight functions of airports, airspace, meteorological services, amongst others as well as economic regulations of the industry.

While the NCAA carries out oversight on the airlines in Nigeria, international organisations such as the International Air Transport Association, (IATA) have set high standards to ensure safety is attained both the domestic space and internationally.

Therefore, beyond meeting just the safety requirements of NCAA, airlines like, Air Peace is employing international best practices in its operations as is reflected in the third renewal of its IATA Operational Safety Audit (IOSA) certification.

Created in 2003 by IATA, the program is designed to assess the operational management and control systems of airlines. The airlines are included in the IOSA registry for a period of two years following an audit carried out by an organization accredited by IATA.

The auditing standards have been developed in collaboration with various regulatory authorities, such as the Federal Aviation Administration, (FAA), the Civil Aviation Safety Authority, Transport Canada and the Joint Aviation Authorities (JAA). IATA oversees the accreditation of audit organisations, ensures the continuous development of IOSA standards and practices and manages the IOSA registry.

The IATA Operational Safety Audit (IOSA) is the benchmark for global safety management in airlines. All IATA members are registered and must remain registered in order to maintain IATA membership.

Why is IOSA certification important?

Air Peace, Nigeria’s largest carrier, was again recently re-issued the IOSA certificate, showing the airline’s consistent compliance to the highest levels of safety and putting it at par with carriers worldwide.

The airline had first achieved the IOSA certification two and a half years after it commenced operations, achieving the feat in record time.

Fatokun, who gave the commendation while presenting the third IOSA, certificate to Allen Onyema, the Chairman of Air Peace, congratulated the Air Peace team for achieving the rare feat. He declared that many airlines had started the safety audit but were unable to complete it.

He said: “It gives me joy to present this certificate today because I know it’s the fruit of painstaking effort of your team”, adding that scaling through this third safety audit process is a testament to Air Peace’s commitment to maintaining high safety standards in its operations.

Fatokun, noting that safety is IATA’s number one priority, asserted that for any airline to pass the safety audit, its safety compliance must be hundred percent, and Air Peace has met this prerequisite.

“Many airlines are not able to achieve this because they don’t have the discipline and hard work which have consistently earned Air Peace this safety recognition. The certificate gives the airline a global recognition as a hundred percent safety-compliant airline”, he averred.

In his remarks, Onyema said that the IOSA certificate is something to be proud of, adding that Air Peace is becoming the emerging force in Africa’s aviation landscape.

He expressed gratitude to the IATA team and commended the entire Air Peace team for a successful safety audit.

He also assured that the airline would always align with global best practices and safety standards.

Ojikutu stated that IOSA certification for airlines is similar to ICAO certification of member states that have sufficiently complied with the international best standards in aviation safety and security or better still, maintained the standards for the Category One status of the US FAA.

“It means the operator’s safety and security standards meet those required for international operations which necessarily are higher than the national standards. With such certification, you can fly international, interline with other international airlines or go into alliance with them if you wish.

“Renewal of certification is similar to the renewal of pilots licences to ensure currency or assure that the standards are maintained. Such certifications are subject to periodic audits like those of ICAO audits too on the international safety and security standards,” he said.

He further explained that it is not by choice for airlines that go or fly international flights, it an IATA requirement.

“It may not be a requirement regionally in the WA sub-region, but most countries make it compulsory for reciprocity airlines that fly to their countries or for airlines that want interline or alliance with them,” Ojikutu added.

Tayo Ojuri, chief executive officer, Aglow Aviation Support Services said what the renewal of Air Peace IOSA certification implies for the industry is that from the safety perspective, it gives assurance to the passengers and ensures there is a safety culture within the airline.

For Air Peace, the certification shows that there is a culture and operational efficiency within the process, whereby the staff imbibes that process to ensure there is safety from the ramp, to the check-in counter, to the engineers,” Ojuri said.

He further explained that the certification shows that Air Peace is playing actively in the league of best international practice. “If there is a partnership opportunity for Air Peace and the foreign airlines or a codeshare, these are some of the things foreign airlines are going to consider. Apart from the revenue and the route, the safety is paramount,” he said.

Setting a standard for other airlines

Experts in the aviation sector have called on other domestic carriers to emulate Air Peace in its dedication to maintain the highest safety standards.

According to Tayo Ojuri, “This is the way to go. Renewing the IOSA certification is the best international practice, especially in this clime. If you look at the insurance and accident report, we have poor report because of the airport infrastructure and other issues. But with this IOSA certification, it actually puts things in perspective that we are getting things right in line with best international practice.”

The airline has said it is not resting on its oars but has assured to maintain this high safety standard it has attained.

Nigerian Institution of Safety Engineers (NISE), few years ago honoured Air Peace with an award in recognition of its “promotion and support for the practice of engineering safety in Nigeria.”

Allen Onyema assured that the carrier was uncompromising in its approach to matters of safety.

He described the award by NISE as a priceless testament to the high standard of the airline’s safety practices and flight operations.

Adeyemi Oyedepo, the National Chairman of NISE, commended the carrier for running an excellent safety regime.

He affirmed that the carrier had continued to distinguish itself in the Nigerian aviation industry on account of the quality of its safety programme.