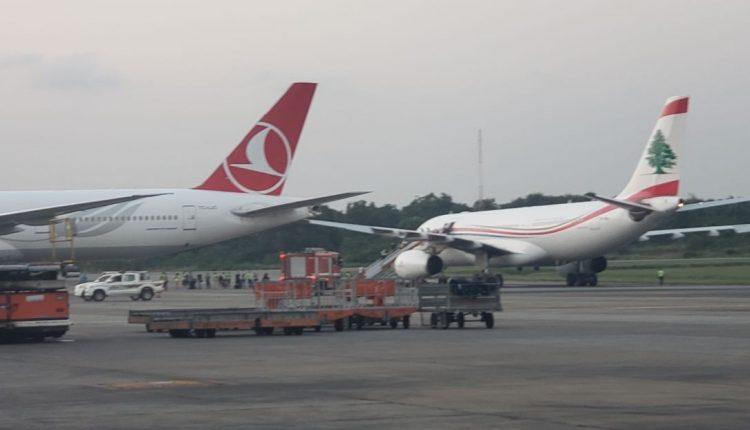 Share
Nigeria’s Accident Investigation Bureau (AIB) has commenced investigations into a serious incident involving an Airbus A330-243 with nationality and registration marks OD-MEA operated by Middle East Airline and a Boeing 777 with nationality and registration marks TC-LJC operated by Turkish Airline.
The incident occurred on Wednesday at the Murtala Muhammed International Airport, Lagos.
A statement by Tunji Oketunbi, general manager, Public Affairs,
AIB, said that the Turkish cargo aircraft was parked at the international airport when the Middle East Airbus was taxing before it ran into it, cutting through the tail cone and damaged part of the right horizontal stabiliser of the Turkish aircraft.
“All passengers on the Middle East Airline had to disembark with no injury or fatality.
“The Bureau will appreciate that the general public and press do not pre-empt the cause of the serious incident until a formal report is issued,” Oketunbi said.
Share

Human errors among top causes of air accidents in Nigeria