1,739 foreigners evacuated from MMIA in 10 days 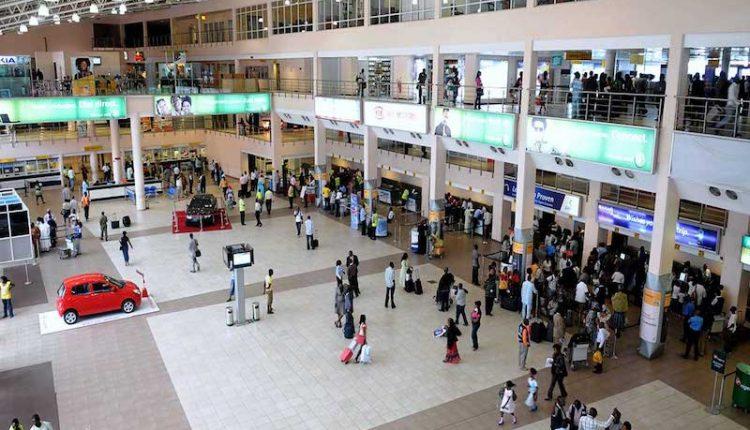 Share
No fewer than 1,739 foreigners have been evacuated from Nigeria through the Murtala Muhammed International Airport (MMIA), Lagos since the evacuation exercise began about 10 days ago.
This is as Delta Air Lines from the United States on Tuesday afternoon evacuated 200 Americans at the airport in continuation of the exercise.
Victoria Shin-Aba, the Regional Manager, South West Airport, Federal Airports Authority of Nigeria (FAAN), disclosed this to aviation journalists on Tuesday in her office at the Lagos airport.
According to her, since the evacuation exercise commenced with the airlifting of French and European citizens by Air France late March, several airlines including two Nigerian carriers have participated in airlifting of foreign nationals out of the country.
Read also: Air Peace brings in second batch of FG medical supplies, Chinese personnel
Statistics provided by Shin-Aba indicated that Air France had evacuated 399 French and European nationals, Lufthansa; 238, Air Peace crew); six, Middle East Airline (MEA); 140, Ethiopian Airlines; 148, 137 (Canadians), 375 (U.S), Jed Air; nine (Liberians and crew), Air Peace; 87 and Delta with 200 Americans.
She expressed that the evacuation exercise had been going on smoothly with little or no hitches at all and assured that FAAN in collaboration with other agencies would continue to carry out its duties with utmost caution and professionalism.
She said: “So far, the activities have been okay and well-coordinated. Since the closure of the airport, we have had about 10 evacuations with different nationals. We have had from Air France-KLM, Lufthansa, Middle East Airline (MEA) with the Lebanese, Ethiopian Airlines has been on with Americans and Canadians. Then, we have domestic charter too. Also, Jed Air did Liberia, Air Peace airlifted Israelis. Today, we have Delta Airlines on ground that will take about 200 Americans.
“The conditions are that you have to get an approval from the Federal Ministry of Aviation, when the ministry gets the approval, it is sent to FAAN, the Nigerian Airspace Management Agency (NAMA) and the Nigerian Civil Aviation Authority (NCAA). Then, we send the approval to all the security agencies, too. Most importantly, there is a procedure in place for the Covid-19 virus pandemic, which has to be followed.
“For instance, Port Health Service has to check everyone that is going out, at times, Nigeria Centre for Disease Control (NCDC) will be on ground. Even, to access the terminal, there is checking done
by the Nigeria Immigration Service (NIS) and others. It has been smooth sailing. Though, we had a cancellation some few days ago, but that was not due to anybody’s fault. It was due to logistics of the flight plan.”
On efforts of the management to prevent the “essential workers” from contracting the disease, Shin-Aba said the agency had adopted social distancing practice, deploys metal detectors for security checks, rather than the initial pat down, encourages use of hand gloves and face masks, while sanitisers were positioned in strategic and open areas of the airport.
She, however, decried that the revenue generations of FAAN had been impacted in the past weeks, stressing that on the average, the terminal handles 23-28 flights delay, but had been dropped drastically to just 10 flights in 10 days.
The regional terminal manager further assured that the aerodrome would once again scale the hurdle of NCAA certification later in the year, noting that all hands were on deck to make the exercise a huge success.